After hours of legal arguments heard at the Supreme Court in Belize City, Jasmine Hartin’s defense attorney secured bail for the Canadian national charged for Manslaughter by Negligence in the shooting death of police superintendent Henry Jemmott. Justice Herbert Lord granted bail for BZ$30,000 and one surety of the same amount. 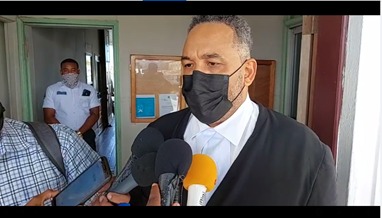 Attorney Godfrey Smith speaks with the media after the bail hearing.

Hartin is subject to certain conditions, such as surrendering her travel and other personal documents. She cannot leave the country without the permission of the Supreme Court and is to report to the police station in San Ignacio Town, Cayo District daily. Hartin will need to attend all her court hearings in San Pedro Town until the case is closed. She must also adhere to a curfew from 7PM to 6AM every day. Justice Lord warned that breach of any of these conditions would lead to the immediate detention of Hartin.

The decision to grant her bail came after Justice Lord listened to written and oral submissions prepared by Hartin’s defense attorney, Godfrey Smith. One of the main arguments brought up by the prosecution was that Hartin was a flight risk, but Smith managed to convince the Justice that his client has no intentions to flee the country as she has Belizean children and business ties to Belize.

Jemmott’s family members were present during the hearing but declined to comment following the decision by the Justice. 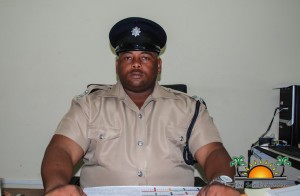 In the early hours of Friday, May 28th, Superintendent Jemmott was fatally shot in the head while socializing with Hartin on a pier south of downtown San Pedro. Jemmott reportedly placed his issued Glock piston on the dock while Hartin gave him a shoulder massage. Afterward, Hartin claims Jemmott asked her to hand him his gun. When she handed him the weapon, it suddenly went off, shooting the senior cop behind his right ear.

On May 31st Hartin was charged with Manslaughter by Negligence and remanded to the Kolbe Foundation-Belize Central Prison on Tuesday, June 1st after her legal team failed to secure bail at the San Pedro Magistrate Court.

The case continues to garner international attention as Hartin is the partner of Andrew Ashcroft, son of British billionaire Lord Michael Ashcroft. Hartin has two young children with Andrew and recently opened a luxurious beach resort near the site where Jemmott was killed.

Andre Vega’s Case Heads to the Court of Appeal