Home » Politics and Government » Hon. Patrick Faber reinstated as Leader of the Opposition

Hon. Patrick Faber reinstated as Leader of the Opposition


On Thursday, September 16th, the Honourable Patrick Faber, leader of the United Democratic Party (UDP) was reinstated as Leader of the Opposition (LOO) by Governor General H.E. Froyla Tzalam at the Belize House in the City of Belmopan. Faber had been replaced as the LOO in June of this year by fellow Honourable Moses ‘Shyne’ Barrow. Faber was forced to give up this post, also executed by a party leader, after losing support within his party. This took place following the release of a video purporting his involvement in a domestic incident that saw him charging toward the mother of his two-year-old daughter. 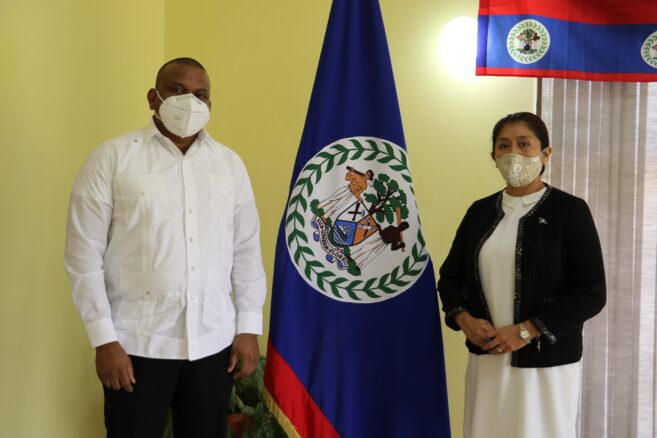 The post of Leader of the Opposition or LOO, officially known as the Leader of Her Majesty’s Most Loyal Opposition of Belize, is normally held by an elected official who commands the support of those elected officials not supporting the government in office. The LOO is the leader of the largest political party in Belize’s House of Representatives that is not in government. He or she debates on behalf of the Opposition members of the House of Representatives and leads the Shadow Cabinet. The post of Leader of the Opposition, however, can be taken away from the Party Leader. This can happen if the Party Leader loses his political seat after an election, as the LOO must be an elected member, or if involved in a questionable activity or scandal. The new LOO must enjoy support from the majority of his colleagues to be granted such an important position within the party. The Party Leader position is not disturbed and this can only be altered via a recall convention where delegates of the party vote either to keep their leader or oust him out.
Following the incident, where Faber appeared to be involved in a domestic dispute, Barrow received the support of his fellow parliamentarians and became the new LOO. Faber, however, remained as Party Leader.
A few weeks later, there was word within the UDP that a recall convention was going to be held to oust Faber from his post as Party Leader. The recall convention took place on July 11th, and Faber narrowly survived by obtaining the 1/3 threshold necessary to retain the seat. 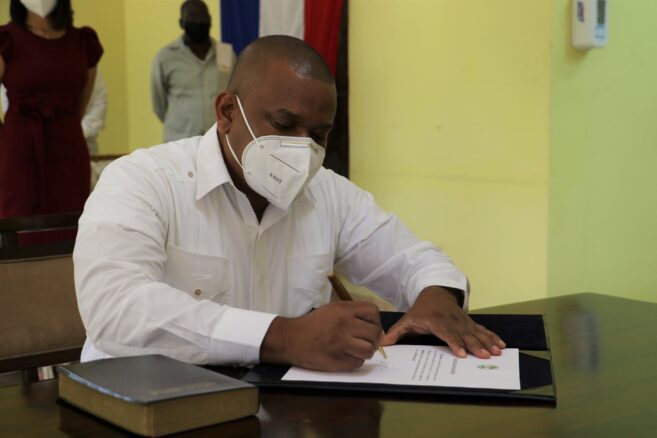 For Faber to regain the LOO post, he needed the support of the majority of his fellow elected UDP parliamentarians. The UDP only counts with five elected members after losing the 2020 General Elections. Besides Faber and Barrow, the others include Hon. Denise ‘Sista B’ Barrow, Hon. Hugo Patt, and Hon. Tracey Taegar-Panton. After a long internal campaign to gain much-needed support, Faber secured the confidence of the majority of his colleagues and is once again the LOO.
Hon. Shyne Barrow conceded and sent out an official note. He said that it had been his distinct privilege and honor to serve his country and party as the Leader of the Opposition. “I will discharge my duties as Leader of the Opposition faithfully until my successor is sworn in. Thereafter I will continue to serve my Mesopotamia Constituency and perform my Parliamentary duties earnestly to bring about better policies and quality of living for the Belizean People,” part of his note read. 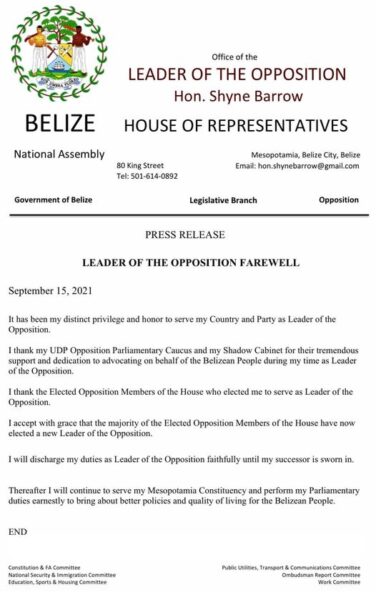 Faber said that this is the time to work harder and mend differences within the party. He is on a mission to put all hands on deck and unify the party more than ever. To start the journey, the newly reinstated LOO and UDP Party Leader is expected to host a press conference on Friday, September 17th in Belize City.