Despite confirmed reports that Dr. Shanikka Arnold has withdrawn charges against her fiancée, the Leader of the Opposition (LOO), and the United Democratic Party (UDP) Honourable Patrick Faber, police will still arrest and charge him for domestic abuse. Faber is accused of assaulting Arnold and causing damage to her laptop computer. 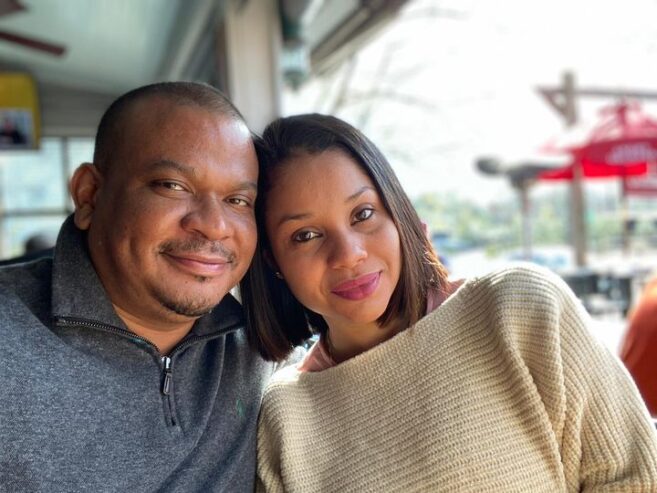 He remains on the loose, but when apprehended, he will be charged with assault and damage to private property. The Commissioner of Police (ComPol) said during an interview on Thursday, January 20th, that if the complainant decided against pursuing the charges, police would proceed with the case. The UDP Leader will be arraigned in court, and it will be at this jurisdiction whether his case can be dismissed or taken further.

Sometime after ComPol announced the arrest warrant against Faber, it was confirmed via an official document that Arnold had withdrawn the charges against her fiancée. She also posted on her Facebook page that the matter recently making the rounds could have been avoided in the public domain. “Firstly, we begin by saying that the situation is a misunderstanding, one that really is a matter that we have been dealing with privately. It is our intent to do whatever it takes to keep our family together. While we can assure the public that the rumors are inaccurate, we are at this time unwilling to disclose further private information in an attempt to protect me from any further public scrutiny. I appreciate that Patrick’s number one priority at this time is my well-being and the well-being of our entire family. Furthermore, I would also like to express my dissatisfaction with the spread of rumors via social media and traditional media houses because it only served to make this situation that much more difficult to navigate. While I appreciate the support from many; in the future, it is my hope that our privacy is respected as we navigate our personal lives together and apart,” her post read. 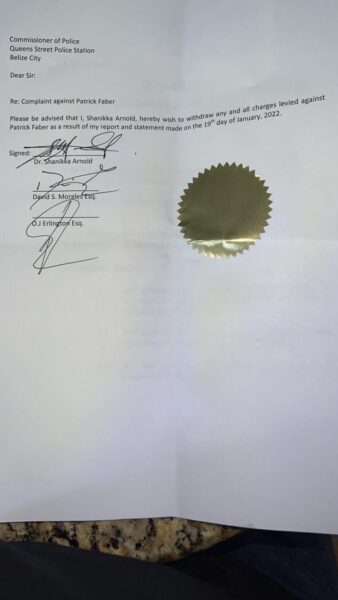 Faber followed with a similar statement. A section of Faber’s post read that the incident has now made it necessary to be publicly addressed.

Arnold made a report to police on Wednesday, January 19th, and according to ComPol, she alleges Faber used a hammer to hit her hands. Her injuries were classified as Harm. Dr. Arnold’s allegations also indicate that the LOO caused damage to her laptop computer.

The future of Faber as Leader of the UDP and LOO is uncertain following this incident. This is not the first time he has had problems with anger management and has been receiving therapy for the past months.

Eric Gutierrez detained after three women accuse him of rape