A fishing team from Amigos del Mar on Ambergris Caye captured third and fourth place in the annual Dorado de Plata Fishing tournament in Mahahual, Mexico. The annual two-day event tests the ability of some of the best fishermen in high seas fishing. Over 250 fishermen onboard 40 vessels set out on June 8th and 9thfor this year’s competition. Ambergris Caye’s very own, ‘Another Princess’ captained by Mike Hancock, along with Andre Paz, Shadany Bradley, Irvin Chacon, Mario Donis and Daniel Gregorio were sponsored by Amigos del Mar. The group of fishermen performed impressively in the tournament. 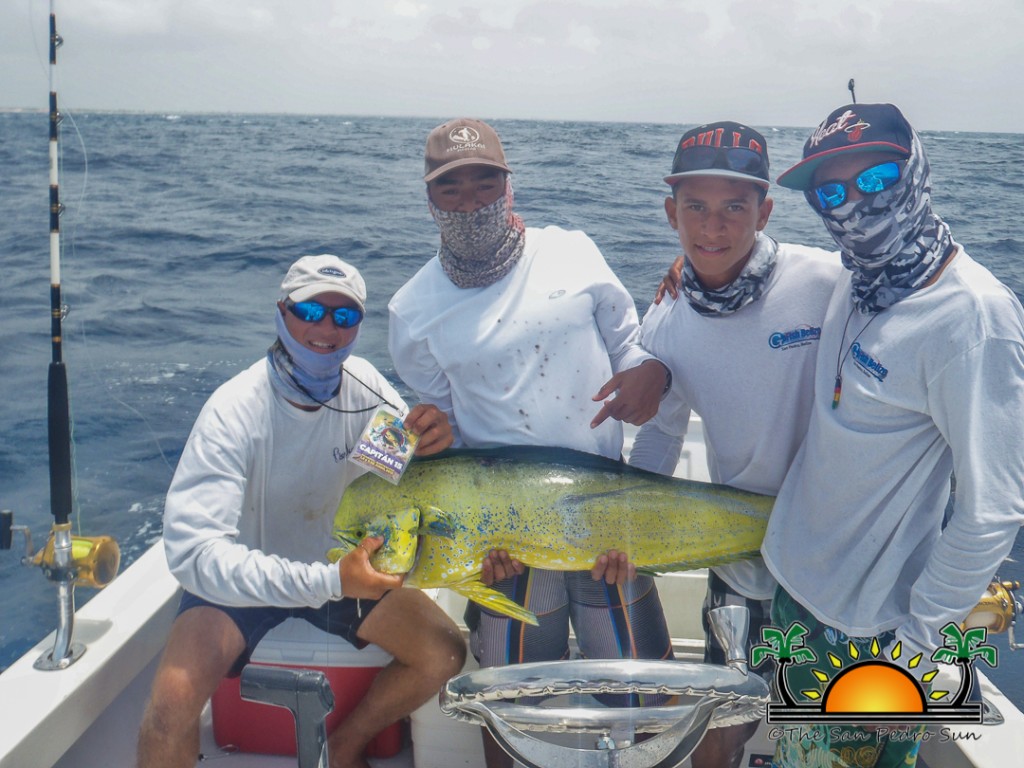 Another Princess captured a total of nine Dorado; one of the largest, a 30.8 pounds fish, was captured on day one and placed them in second place. But on day two of the event, the Mexican teams were hungry for a win, especially since a Belizean fishing team had topped the previous Copa Governador earlier this year in Mahahual. Despite the competitiveness, Another Boat managed to stand its grounds and reeled in a bigger Dorado weighing 31.8 pounds. That was not enough since two Mexican teams captured a few larger Dorados thattopped Another Boat’s haul by a few ounces.

When the weigh-in was over on day two, El Angel from Mahahual captured first place, while Another Toy captured second place in the competition. Another Princess placed third and fourth having entered the two large Dorados into the competition. The top two teams won a vehicle each, while third place got a motorcycle. Fourth place won a rod and reel. Hancock is quoted in the Mexican press as indicating that the Dorado de Plata Tournament this year, is one of best fishing tournaments he has participated in. 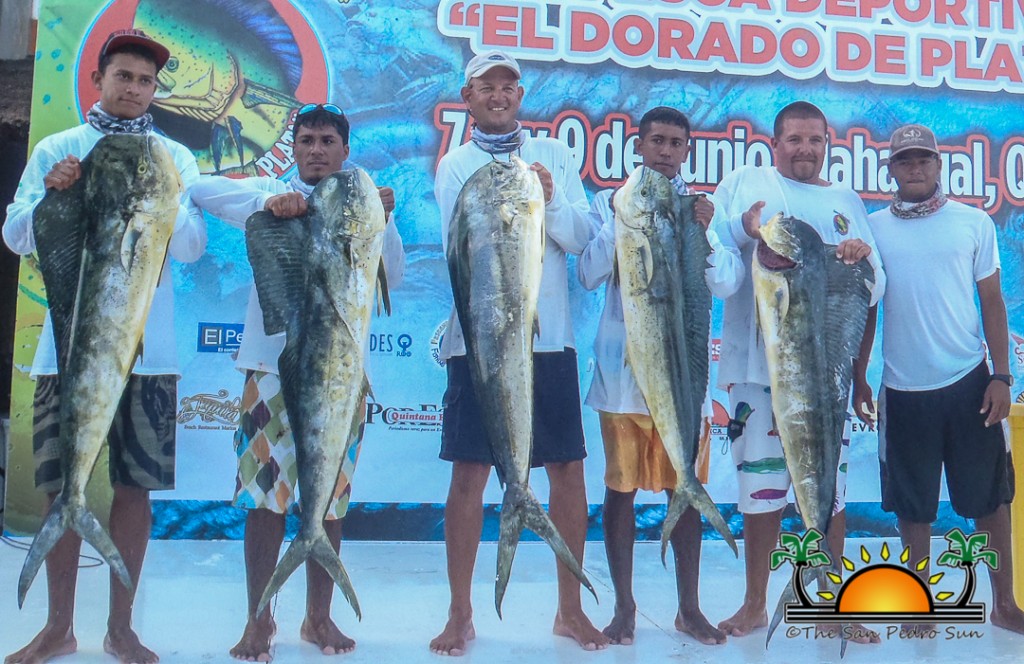 The Dorado de Plata Tournament is organized by Carlos Pérez Zafra of Tequila Beach in Mahahual. It was declared open by the Governor of the state of Quintana Roo, Mexico Roberto Borge. The San Pedro Sun congratulates the Amigos del Mar Fishing Team on their performance in Dorado de Plata fishing Tournament.