« Older: Top Shatta are the champs of the Christmas 8-ball Pool Tournament
Newer: » Mayor’s and Minister’s Cup hold second round of games


The National Elite Basketball League (NEBL) hosted its opening marathon on Saturday, December 19th at the University of Belize gymnasium in Belmopan City. Five of the eight teams that will participate in the upcoming season attended the marathon. In the end it was defending NEBL Champions, the San Pedro Tiger Sharks who took top honors at the marathon. 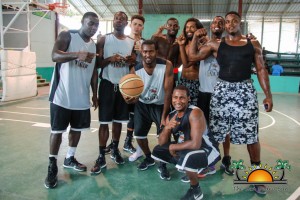