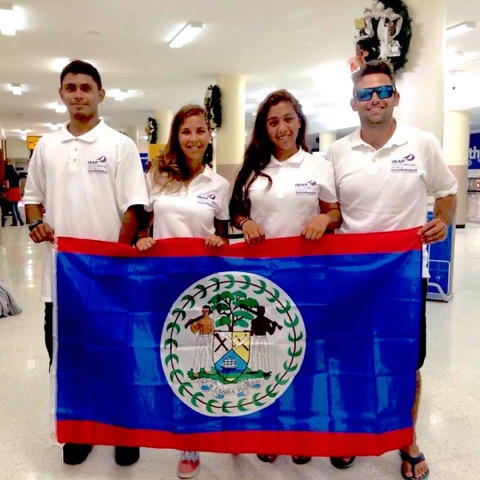 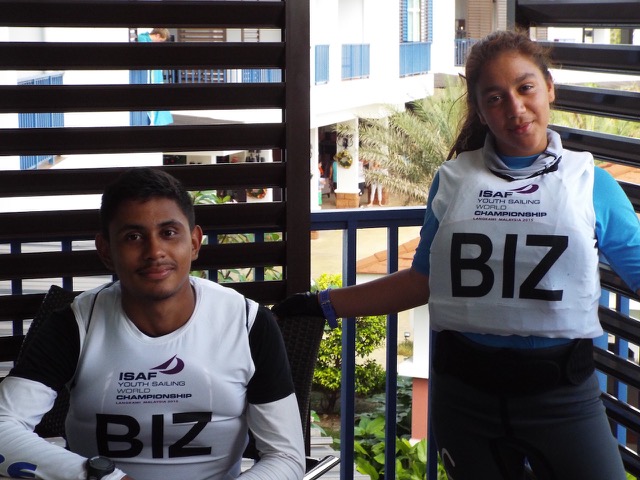 Ricardez and Velasquez were the two youngest sailors at the regatta, and also among the smallest, lightest, and the least experienced. Many of the sailors competing against our Belizean representatives were between the age range of 17 – 19 and had sailed Lasers for years. Ricardez and Velasquez just started sailing Lasers vessel about six months prior to the regatta. “In Laser competition, heavy winds favor bigger, heavier sailors. Until the last two days, the winds were heavy, around 20 knots, a disadvantage to Antonio and Blanca. Another disadvantage was their total lack of experience trying to get a great start with so many other boats – well over 50 in each case – all vying for best position on the start line. This is probably the single hardest thing for inexperienced sailors to overcome. Antonio and Blanca had been well coached, apparently, because in the practice race and throughout the rest, their starts were excellent. The only exception was a case of bad luck: In Antonio’s final race, a sort of rogue, head-on current at the start that he had never experienced before, here or elsewhere, completely foiled his timing. Blanca’s start in the 2nd race of the 2nd race day was caught on video, and in the sailors’ post-race race debriefing it was shown as a demonstration of one really clever way to hit the line in clean air and right on time. Perhaps Antonio and Blanca had a hard time on the course when the winds were heavy, but for them to be able to start on a crowded start line as well as the top sailors in this regatta is a remarkable milestone of achievement,” said Forrest Jones, who accompanied the Belize delegation as a media correspondent. 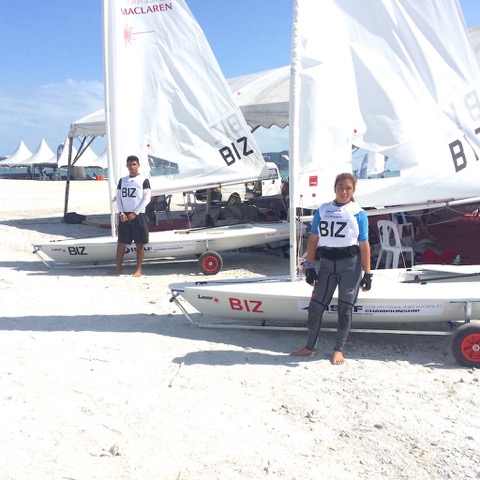 The San Pedro Sun joins the rest of the sailing community in congratulating Ricardez and Blanca on a job well done!