The National Elite Basketball League (NEBL) 2016 Season is heating up and hometown team the San Pedro Tiger Sharks are aiming for their third consecutive championship. With only one loss under their belt, our team remains steadfast in second place in the tournament. This past weekend, the Tiger Sharks showed their tenacity, claiming yet another big home win. 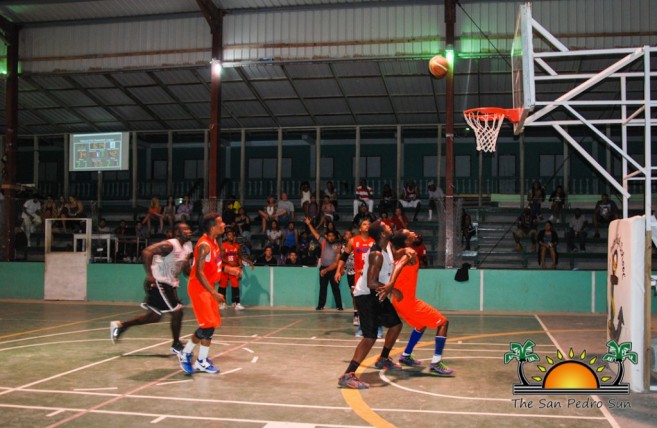 Also facing off were our Tiger Sharks who hosted the Belize City No Limit at the Angel Nuñez Auditorium. At the end of the first quarter, San Pedro Tiger Sharks had a 17 – 15 lead, which they increased to 37 – 27 at the second quarter. Belize City No Limit was able to shrink the lead to 7 points going into the fourth quarter, but the home team was able to secure the win, 83 – 70. San Pedro Tiger Sharks was led by Caleb Sutton who had a game high of 30 points, while grabbing 8 rebounds. Ashton Edwards netted 15 points while Andrew “Bynum” Ortiz scored 13 points while grabbing 8 rebounds and Gene Myvett finished with 12 points, 5 assists, 4 rebounds and 4 steals. With this latest win, the San Pedro Tiger Sharks now have five victories in the 2016 NEBL Season.

The next round of games will see the Belmopan Bandits taking on the Smart Belize Hurricanes at the Belize Elementary School Auditorium at 9PM on Friday, February 26th. This will be followed by three games on Saturday, February 27th: Belize City No Limit versus Dangriga Warriors at the Ecumenical High School Auditorium at 8PM, Cayo Western Ballaz versus Independence Thunderbolts at the Independence High School Auditorium at 8PM and the Smart Belize Hurricanes versus the Orange Walk Running Rebels at the Orange Walk Multi-purpose Complex at 9PM. The San Pedro Tiger Sharks will not be playing this coming weekend.
All games can be followed live at nebl.sportingpulse.net, with real time box scores while the game is being played. The website also has all game scores, box scores, players and teams’ statistics, along with standings for the season.

Photos:Belize succumbs to Cuba and ends her Gold Cup debut