Kent “Bob” Gabourel won third place in the Open category and Jordan Santos and placed fourth in the 14-19 years male category when the National Olympic and Commonwealth Games committee held its annual Olympic Day run on the streets of downtown Belize City on Sunday, June 11th.
Kent “Bob” Gabourel clocked 15:56.84 minutes in two laps over the course from Scotiabank parking lot on Regent Street to the first turning point at Mule Park in front of Belize Bank, then down Albert Street to Isaiah Morter monument and around the Yarborough Cemetery, returning to the St. John’s Cathedral, and on to Regent Street to the finish line. 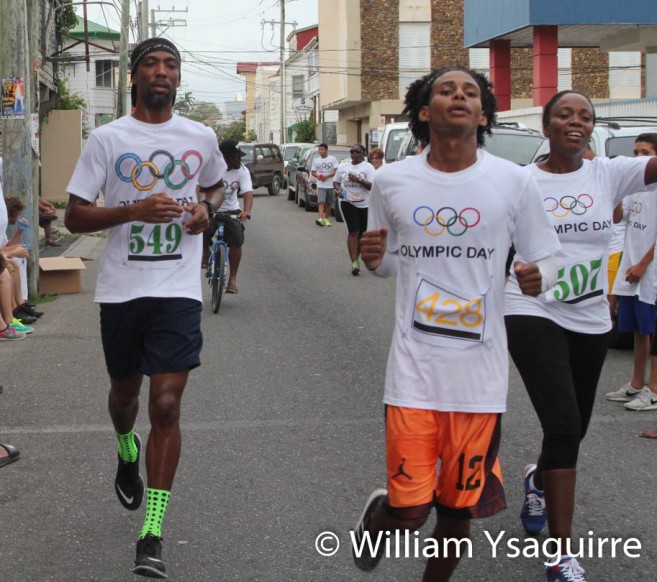