The San Pedro Pirates won yet another crucial away game against Police United F.C 2-1 on Sunday, November 5th, at the Isidoro Beaton Stadium in Belmopan City. With this victory, the island team has now moved to third place in the league’s rankings after acquiring three more additional points. 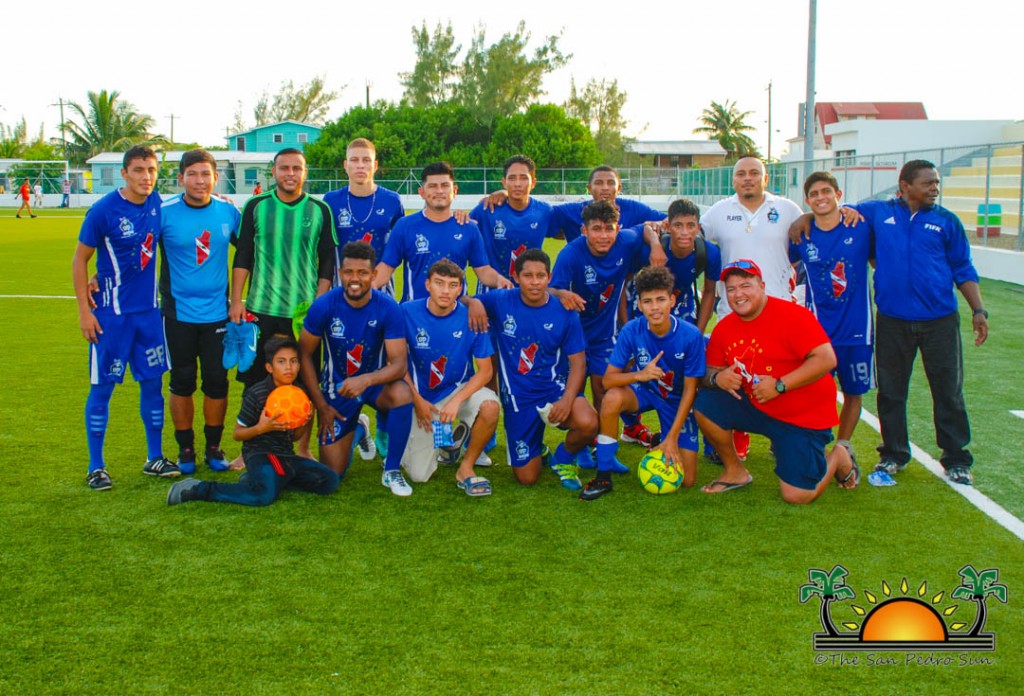 The match, which began at 5PM saw two teams determined to win in order to secure a spot in the tournament’s playoffs. The San Pedro Pirates took on the pressure of a needed victory and after eight minutes into the first half, Hector Martinez found the opportunity for a score. Up by one goal, they defended against Police United, who made several attempts to even the score.
In the second half, Police United came back with a major offensive, trying to break Pirates’ defense to even the score. Harrison Roaches did just that at minute 51, with a powerful shot to the right upper angle of the Pirates’ goalpost. For the next twenty minutes, the island team kept the pressure and tried to pull ahead. That opportunity came, and once again, it was Martinez 20 minutes after the game was tied and Martinez who nailed the goal, securing a fantastic victory. Police United could not make a comeback, and the game ended 2-1, in favor of the island boys.
The Pirates, who a few weeks ago were in seventh place are now two ranks away from first place. This is an impressive improvement and has caught the attention of many football gurus in the Premier League of Belize (PLB). With one more week before the season rolls into its semi-finals, the Pirates are now obliged to defend their third place spot on Sunday, November 12th, when they host Verdes F.C. The game will take place at the Ambergris Stadium and is scheduled to start at 3PM sharp.
Other games played during the 13th week of the PLB saw Verdes F. C crushing Placencia Assassins 5-1. Belmopan Bandits taking a blow-out victory over Freedom Fighters 7-0, while Wagiya F.C and BDF F.C tied 1-1.