The regular season of 2018 Copa San Pedro came to an end this weekend at the Ambergris Stadium in San Pedro Town.
The first round of matches were played on Thursday, October 11th starting at 7PM with Vince Assassins dominating with 10-2 over Young Strikers. In the next match, G-Strikers won 4-1 against Peacemaker. 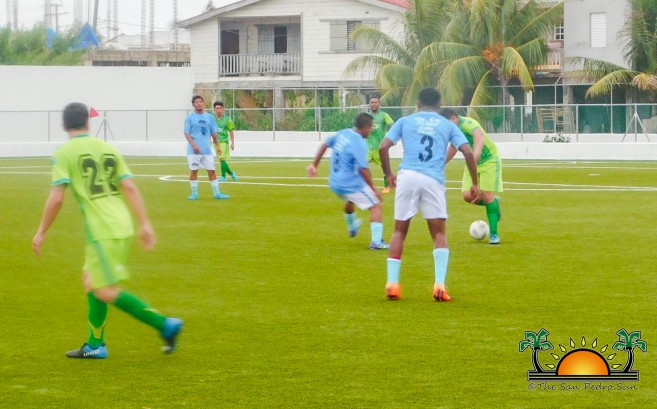 The following day, San Mateo F.C won Genesis F.C 3-2, followed by Legends F.C winning Los Catrachos F.C 2-1.
The last game of regular season of Copa San Pedro 2018 was held on Sunday, October 14th with Boca Bombers winning 5-2 over Sandy Point.
In the male category the eight teams with highest scores that qualified to the quarterfinals are Boca Bombers, Legends F.C, Young Strikers, San Mateo F.C, Los Catrachos F.C, Genesis F.C, Talal F.C and Vince Assassin.
The playoffs of Copa San Pedro 2018 begin this weekend on Friday, October 18th with the first round of the quarterfinals in the male category starting at 7PM with Genesis F.C versus Los Catrachos F.C, followed by Legends F.C taking on Young Strikers. The following the first round of the semifinals in the female category begin at 7PM with Golden Girls versus Island Warriors, followed by San Pedro High School Girls taking on Ambergris Combined at 9PM. The first quarterfinals in the male category culminate on Sunday, October 21st starting at 5PM with Vince Assassins going against Talal F.C, followed by Boca Bombers versus San Mateo F.C. Everyone is invited to come out to the Ambergris Stadium and enjoy a weekend of football action. Food and drinks will be on sale during all games.

San Pedro’s Volleyball Team makes it to the Semi-finals!