As the regular season of Copa San Pedro 2018 draws to an end, teams brought even more intensity this weekend at the Ambergris Stadium in San Pedro Town.
The first set of matches were played on Thursday, October 4th, starting at 7PM, with San Mateo F.C winning 3-0 over U17 San Pedro Pirates. The next match saw Genesis F.C taking a 2-1 victory against Talal F.C at 9PM. 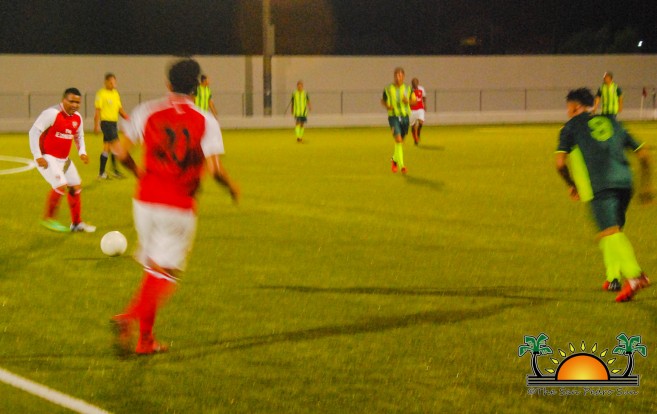 The following day, Boca Bombers won 5-2 Warriors F.C, while the match between G-Strikers and Vince Assassins ended in a 0-0 draw.
On Sunday, October 7th, only one match was held due to the inclement weather, where Young Strikers won 5-0 against Ambergris Hopes. 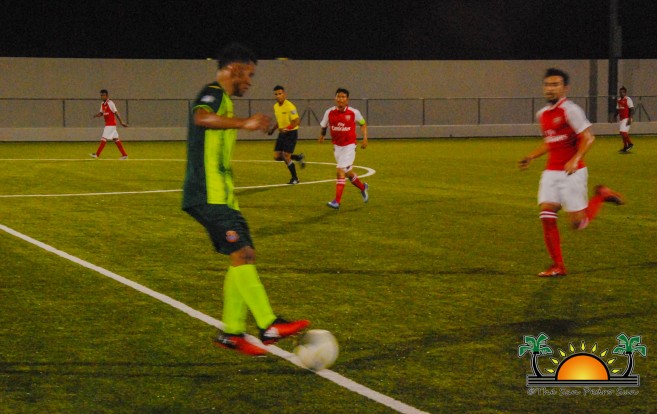 The current standings in the male category have Boca Bombers at the top of the chart with 28 points, followed by Young Strikers with 26 points and Legends F.C with 25 points. Following the top three teams are Genesis F.C with 19 points, Sandy Point F.C and Talal F.C with 18 points each and Los Catrachos F.C and San Mateo F.C with 17 points each. Vince Assassin has 14 points, G-Strikers has 12 points, Warriors F.C has five points, and Ambergris Hopes and Peacemakers have four points each. At the bottom of the chart is U17 San Pedro Pirates with two points. 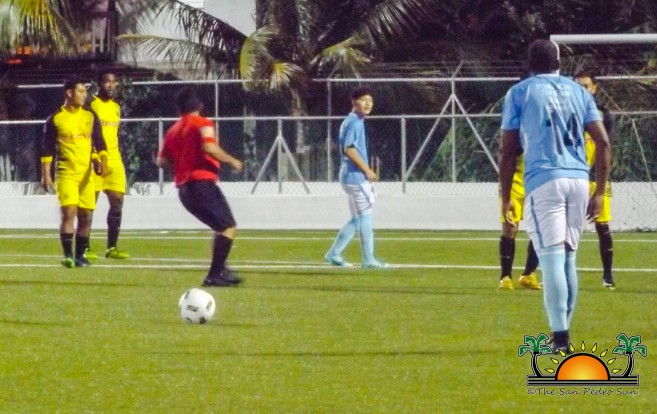 In the female category, since only four teams are participating, they all automatically advance to the playoffs of Copa San Pedro 2018. The teams advancing are Ambergris Combined, San Pedro High School Girls, Island Warriors, and Ocean Warriors.
The regular season of Copa San Pedro 2018 will culminate this weekend, with eight matches starting on Wednesday, October 10th at 7PM. The first match will see San Mateo FC vs. U17 San Pedro Pirates, followed by Los Catrachos F.C going against Peacemakers. On Thursday, Vince Assassins play versus Young Strikers at 7PM and G-Strikers face Peacemakers at 9PM. The football weekend continues on Friday, October 11th with Genesis F.C going against San Mateo F.C and Legends F.C versus Los Catrachos F.C. The football weekend will culminate on Sunday, October 14th starting at 5PM with Boca Bombers facing Sandy Point F.C and Peacemakers versus Los Catrachos at 7PM. Only the top teams will advance to the playoffs, which are scheduled to begin on Thursday, October 18th. Everyone is invited to come out to the Ambergris Stadium and enjoy a weekend of football action. Food and drinks will be on sale during all games.