On Wednesday, January 16th the Football Federation of Belize (FFB) released the names of players that will form Belize’s Under-17 Male Football National Team. The team is set to participate in the upcoming Confederation of North, Central American and Caribbean Association Football (CONCACAF) U-17 tournament to be held in Bradenton, Florida USA in April 2019. Among the players drafted was San Pedro’s very own, 16-year-old Josue Valle. 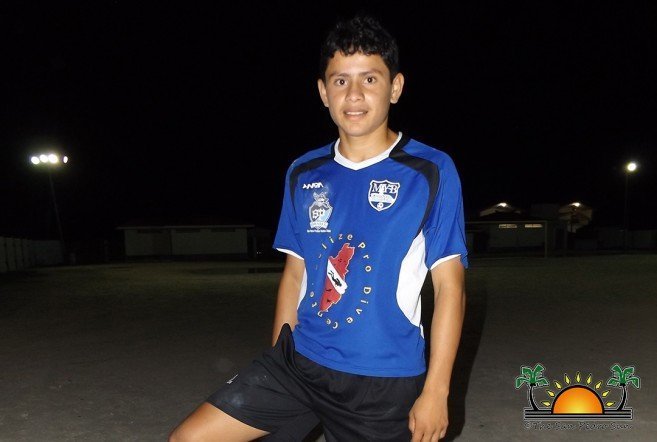 This is not the first time that Valle has been called to the FFB; he was drawn to be a part of Belize’s U-16 Male Football National Team that participated in the 2018 Unión Centro Americana de Fútbol (UNCAF) U-16 tournament. He is a second-year student at San Pedro High School and no stranger to the football scene here on the island. Valle has participated in local football tournaments like Copa San Pedro, the San Pedro 5-A-Side Football Tournament, among others.
The FFB selected the players from various football tournaments held across the country. The other players on the team include Marcos Alvarez and Anderson Chi from Orange Walk District, Michael Bradley, Joshawn Flowers, Wilfredo Galvez, Isaac Castillo, Kenyon Lawrence and Jouvan Ramos from Belmopan City, Kleron Cacho, Tylier Peters and Ernel Reyes from Stann Creek District, Deshawn Canelo, Cory Pertau and Eldon Reneau from Belize District, Jordan Casanova and Ryan Williams from Corozal District, Henry Palma and Arlon Pandy from Independence Village, Manual Romero and Jahiem Longsworth from Cayo District and Andres Miranda from Toledo District.
The players are expected to be present for camp at the FFB grounds in Belmopan City, on Friday, January 18th. The San Pedro Sun congratulates all the players that were selected and wishes them the best at the CONCACAF football tournament.