The 2019 National Elite Basketball League (NEBL) held another round of action-packed games in Orange Walk Town, Belmopan City, and Belize City. The first match was on Friday, February 8th at the Civic Centre in Belize City between the current champions Belize Hurricanes and Verdes. The champions fell short against the Verdes, who dominated the entire game and defeated the Hurricanes 76-65. 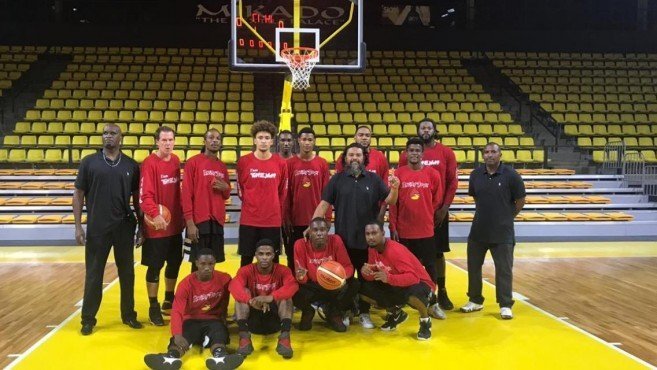 The following day, San Pedro Tiger Sharks traveled to the Capital City to take on Belmopan Bandits. The match was not an easy one for the island team, who fell short by 12 points in the first quarter. San Pedro’s Douglas Valley had four rebounds and 20 points in the second quarter, narrowing the gap, but it was not enough. At half time, Bandits retreated to the lockers with a tight 43-42 lead.
The second half of the game saw Tiger Sharks jumping ahead thanks to Martevious Adams’ eight rebounds and 22 points. The third quarter came to an end with the island boys taking a ten-point lead. Before the game ended Captain Kurt Burgess delivered 14 rebounds that gave way to an 81-69 Tiger Shark’s victory over Belmopan Bandits.
That same day, the Orange Walk Running Rebels took on the Dangriga Dream Ballers at the Orange Walk multi-purpose complex. The Dangriga team proved to be a tough opponent, and by halftime, they were ahead of the Running Rebels 38-29. During the second half, the home team could not overcome their opponents, and when the clock timed out, the Dangriga squad stole the victory with a 79-69-point game. 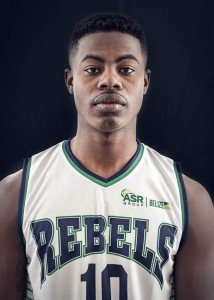 The loss against Dream Ballers was not the only one that the Orange Walk Running Rebels faced over the weekend. Shortly after the game, one of their players, Dwayne Cummings, was gunned down while heading home. Cummings still had his headphones on when his lifeless body was found on a feeder road. A press release from the NEBL management described Cummings as an athlete with great potential. Cummings was the runner-up in 2018 for the Rookie of the Year Award, and the NEBL stated that his jovial demeanor, huge smile, kind mannerisms and level of respect greatly stood out.
While police continue to investigate the murder, the Belizean sporting community condemns such a violent act against a humble young athlete who was focusing on his sporting goals. The Belize City Council’s Councillor Micah Goodin has pledged $1,000 for information leading to the arrest of the person/s responsible for the youth’s death.
In the meantime, games continue this weekend between Belize City Defenders and Mirage/Smart Belize Hurricanes at the Belize Civic Center on Friday, February 15th. The game scheduled between Belmopan Bandits and Orange Walk Running Rebels was cancelled due to Cumming’s murder.
On Saturday, February 16th, San Pedro Tiger Sharks will travel to Dangriga Town to take on the Dangriga Dream Ballers.
All games on Friday start at 9PM, and on Saturday at 8:30PM