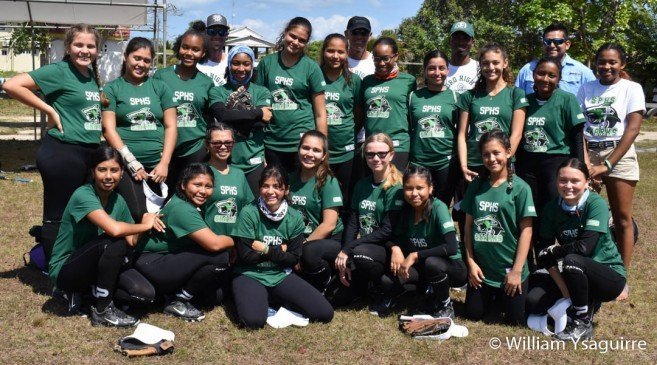 The Sharks qualified for the nationals by winning the Northern regionals, and in Game One Friday afternoon, Sueny Vasquez allowed no hits, struck out 7 batters, but walked 7 as she led the SPHS girls to a 3-1 win against the 2-times defending champions – the Edward P. Yorke High School girls. The Sharks collected 7 hits off E.P.Yorke pitcher Darla Guerra, who also struck out 8 batters, and walked 3. The Sharks left 3 runners on base, but Ashley Minott, catcher Dennisa Mairena and Karissa Vasquez all crossed the plate in the 2nd inning to lead 3-0.

The Sharks’ diamond obliged the city girls to leave 4 runners on base, and E.P.Yorke trailed 1-3 when only Aezha Metzken scored in the top of the 3rd inning. E.P.Yorke’s Ashanti Card and Elona Oshon tied the ball game in the 4th inning, and the score remained 3-3 at the end of 5 innings. The winner was decided by the tie-breaker rule, which determined the winner as the team leading at the last complete inning, which was San Pedro – up 3-1 at the end of the 3rd inning.
In Game Four, the championship final against the Southern zone champions, the Independence High School girls on Saturday afternoon, pitcher Sueny Vasquez struck out 7 batters, but walked 3, giving up 6 hits. The Sharks’ diamond forced the hosts to leave 3 runners on base, but Dian Ochoa scored 2 runs, while Rhea Ardon Burgess, Michaeline Logan, Beverly Small, Kylee Guerrero, Kadisha Coe and Shadiamond Joseph scored a run apiece. 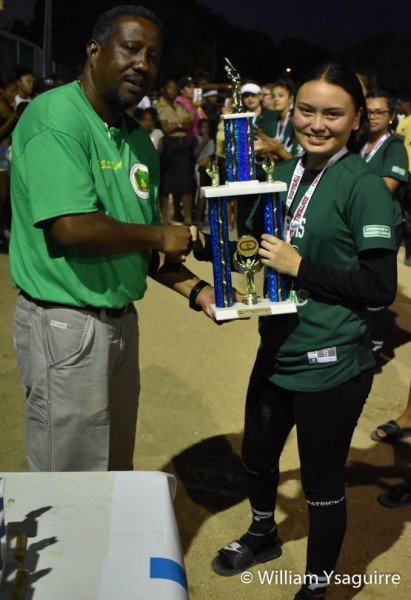 The Sharks collected 4 hits off the IHS’ pitcher Daveesha Cardinezw, also walked 5 batters and struck out 8. Vivian Marin led the attack; as she and Ivanna Nunez scored in the 3rd inning, but the IHS diamond forced the Sharks to leave 6 runners on base, and only Sueny Vasquez and Aaliyah Pilgrim scored a run apiece in the 5th inning.
In Game Two Friday evening, MVP pitcher Daveesha Cardinez led the IHS girls to an 11-1 by mercy rule in 3 innings against the Western Zone champs – the Belmopan Baptist High School girls and pitcher Leonie Aldana. 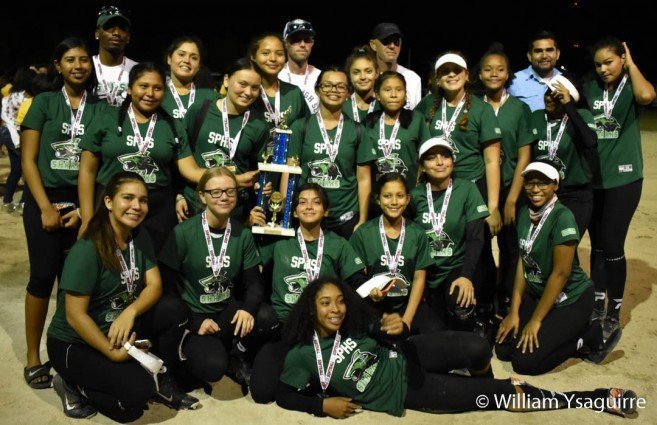