On Saturday, January 15th, the Football Federation of Belize will start its National Elite Youth Championship. The football tournament will include male and female teams in the Under-17 and Under-20 divisions. San Pedro Town will be represented with a female and male team in the U-20 division and one male squad in the U-17 category.

The teams carry the name of their town/city or district- San Pedro, Belize, Belmopan, Orange Walk, Corozal, Cayo, Stann Creek, Mid-South, and Benque Viejo. The teams are divided into Group A and B, and the tournament will be played in a single round-robin format, with the semi-finals played at home and away, while the finals will be a knockout round. The games will occur at each municipality, and due to COVID-19 health protocol, spectators will not be allowed to attend the matches. 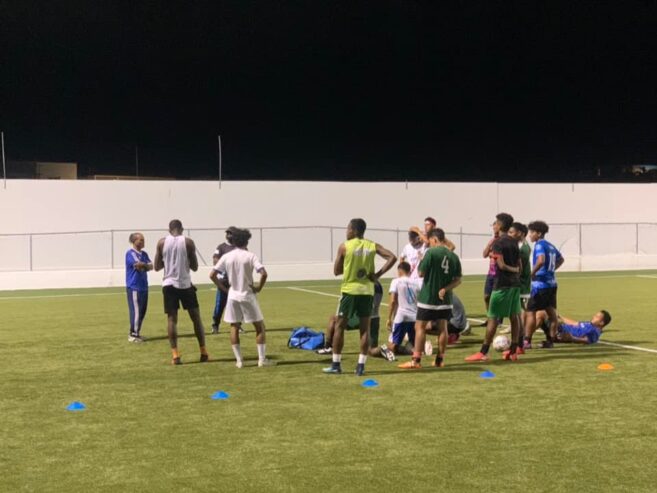 In San Pedro, the teams have been training at the Ambergris Stadium. The coaches and players are excited about the tournament and are preparing as best as possible to yield good results in the tournament.

The matches will occur every weekend, with the semi-finals set to start from February 12, 2022. For more information on the tournament, find the schedules for the different categories below: 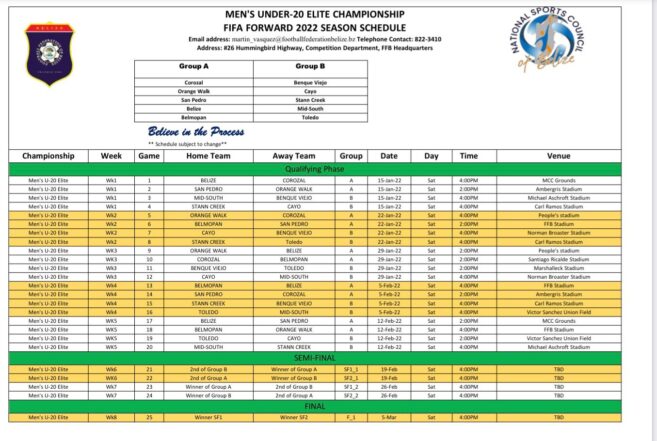 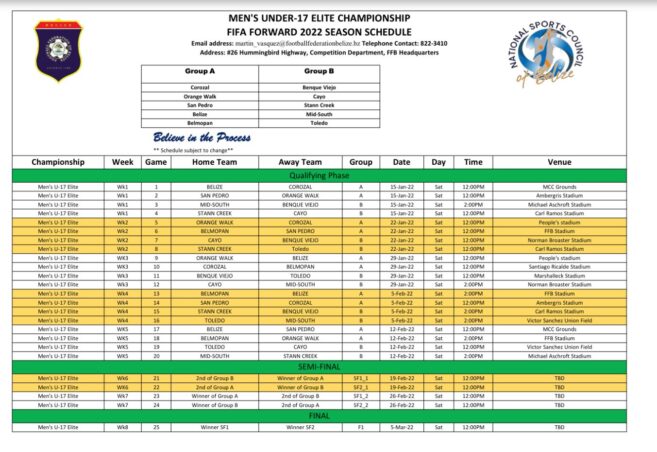 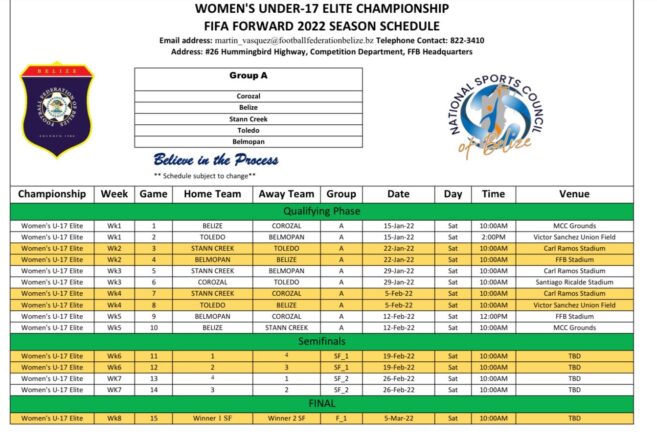 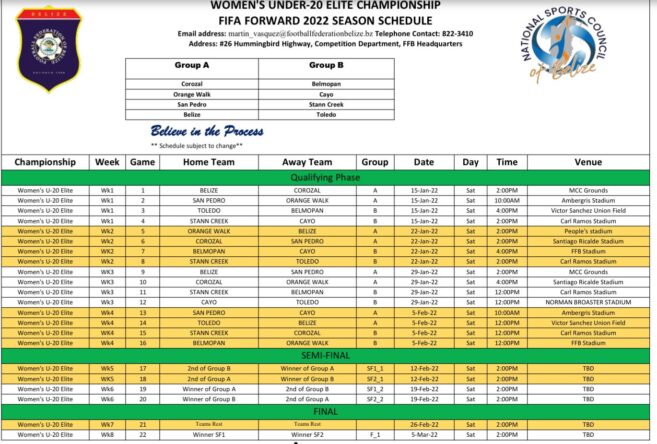