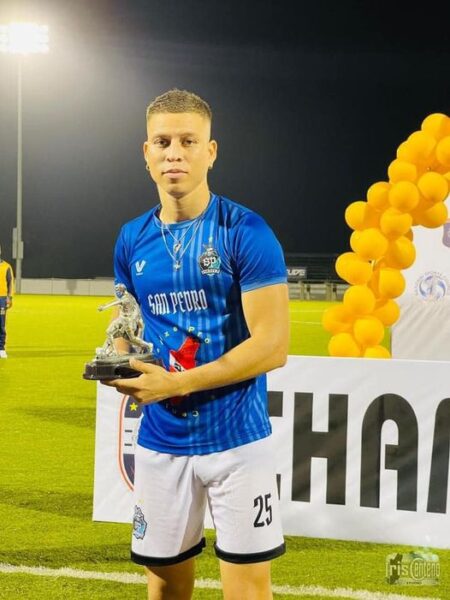 San Pedro’s well-known footballer Asrel Sutherland was recognized as the Best Defender of the open season of the national football tournament Football Federation of Belize (FFB) Top League. Sutherland, who plays for San Pedro Pirates F.C., received the award after the closing game on Sunday, December 19th, in the capital city of Belmopan.

San Pedro Pirates traveled to Belmopan to play against Verdes. The match saw only two goals in the first half, one from each team. There were no goals in the second half and the game ended in a 1-1 draw. Despite this score, and due to Verdes holding the most points in the competition, they emerged victorious, taking home the league’s championship.

The San Pedro Pirates return to camp and start preparing for the FFB Top League’s closing season in 2022. The island team is very proud of their defender for such recognition. Sutherland briefly said this recognition is because of dedication and hard work. “Hard work pays off,” he said.

Sutherland is a veteran footballer and one of the key players with San Pedro Pirates; he has represented the island and country with the national football team on several occasions. He joined the national A team (Jaguars) for friendly games against other countries and competitive and qualifying matches. 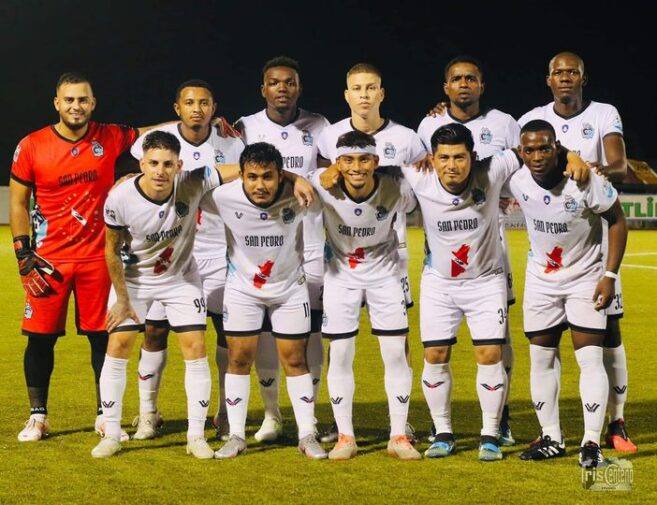 The last time he played with the Jaguars was this year as they attempted to qualify for the World Cup event set in Qatar next year. The Jaguars were in Group E and were to play against Haiti, Turks and Caicos, St. Lucia, and Nicaragua. Team Belize lost its debut match against Haiti 2-0 on March 25th. On March 30th, they beat Turks and Caicos 5-0. The game against St. Lucia was called off after they pulled out of the completion. The final match against Nicaragua on June 4th was considered very important as the Jaguars needed to win to have a better chance to make it to the World Cup tournament. Unfortunately, they lost 3-0 to the Nicaraguan team.