To kick off the 2016 September celebrations, the National Celebrations Commission along with the Institute of Creative Arts, hosted the annual National Song Competition. The event took place on Saturday, August 13th at the Fort George Memorial Park in Belize City, highlighting talented Belizean vocalist, much creativity, showcasing Belize’s diversity and national pride. This year, 19 competitors took on the challenge in two categories –National Song, and Carnival Song. After a long night of spectacular performances, Cecil Jenkins A.K.A ‘Cocono Bwai’ with his song ‘Border to Border,’ song took home first place in the National Song Competition 2016.

A panel of five judges comprised of Kenroy Espinoza, Junie Crawford, Luciano Rosado, Moses ‘Shyne’ Barrow, and Giselle O’Brien, assigned points to the performers based on audience appeal, musical arrangement, vocal quality, lyrical content and stage performance. Also awarded were People’s Choice, for the most popular song, and Breakout Artist of the Year.

Backed by the popular Gilharry 7 Band, which entertained the crowd during the intermissions, each performance showcased talent from all over the country, of all ages coming together to celebrate Belize’s best. The audience was enthusiastic, ready to feel the patriotic vibes of 2016. 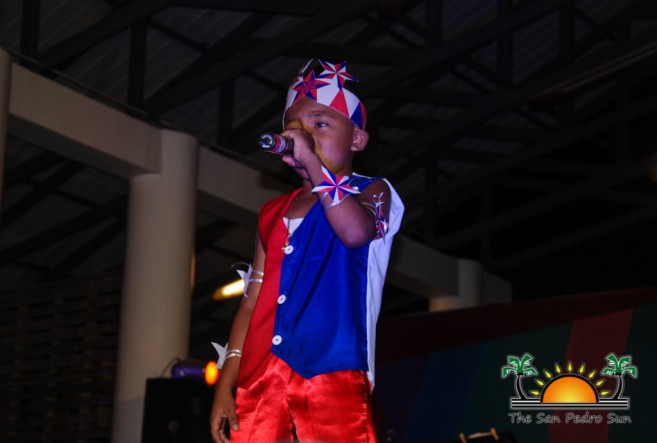 After the award ceremony, Cecil Jenkins commented that the reason he choose his song, was to bring awareness of the Belize/Guatemala territorial dispute. “I am just going to continue pushing,” said Jenkins. “Pushing and promoting ‘Brukdown’ music, which is truly Belizean cultural music.” Jenkins or Cocono Bwai as is his stage name; recently recorded his first studio album entitled ‘The Prince of Brukdown.’ The song ‘Border to Border’ is one of the songs that made the cut. 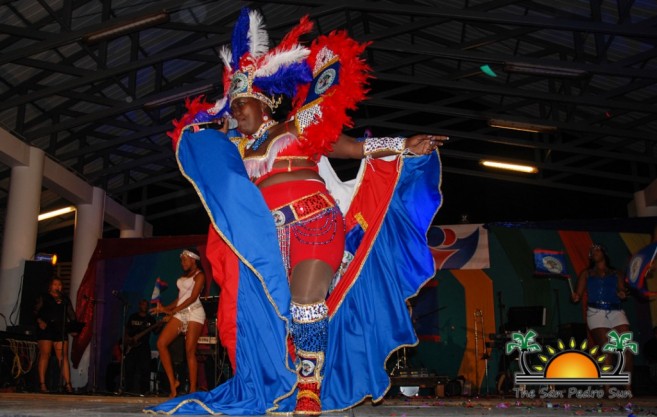 Claiming second place in the National Song competition was Jeannie Brooks with her song ‘Flags in the Air.’

For the Carnival Song Competition, Wilson Grinage was awarded first place after his electrifying performance and song ‘Soca Session’ turned the stage into a carnival scene. In second place was Leslie ‘Mr. Bastic’ Jenkins with his song ‘Represent.’

Taking the prize for Breakout Artist of the Year was Jeannie Brooks, while, Jerome Crawford took second place with his song ‘Celebrations.’ People’s Choice was tallied via online voting, and the prize for the National Song went to Eugene Gentle with song ‘Mista Laddy Block the boat,’ while for the Carnival Song, Barbara ‘Missy B’ Herrera, took the win with her song ‘Fayah.’
All first place winners received a trophy, $6,000, a music video shoot and the opportunity to represent Belize in any of the regional festivals. Second place winners won a trophy as well, along with $3,000 and $500 went for the Breakout Artist of the Year.

Before the event wrapped, Music Ambassador Moses ‘Shyne’ Barrow stated that the event represents the type of cultural promotion the National Institute of Culture and History along with his office are pushing for in Belize. He applauds the performance of the participants, saying how he was impressed by the efforts of the many of the artists, several of who were new to him.
To listen to all the songs from the performers log on to www.mynationalsong.bz. All the songs can also be heard on the local radio stations.

SPRCS shines at the National Festival of Arts