Belize City was busy over the weekend as citizens from all over the country descended on the old capital to witness and participate in the national Carnival Road March. It was one of two major events; the 17th annual Expo Belize Market Place and the carnival parade. The festival spirit was present from very early in the morning of Saturday September 14th with the pre-carnival jouvert. While the jouvert is a spectacular show unto itself, the carnival is always the main highlight, attracting thousands of spectators. 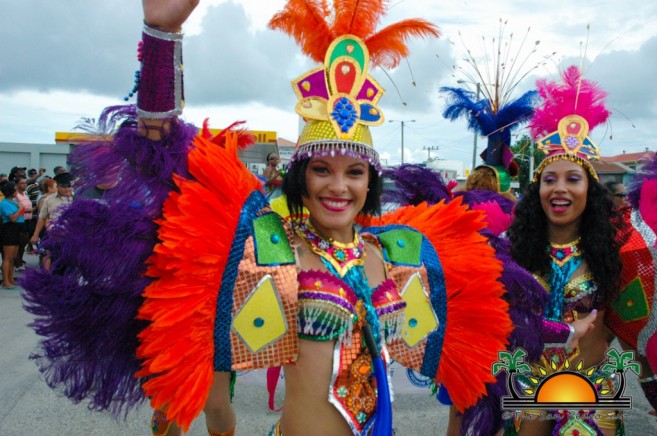 The carnival groups lined up at the Yarborough Green area on Cesar Ridge Road and when the machines were all oiled up and pumping, the music, dancing and color came to life. Along the parade route (over two miles) thousands gathered hours before starting time to be sure to catch the carnival as it wound its way through the streets of Belize City, ending at the BTL Park on Marine Parade. 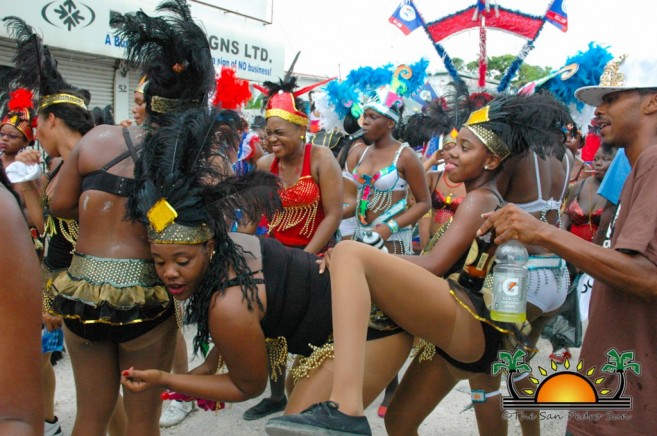 Almost 1,000 dancers, carnival kings and queens and bands brought a display of patriotic colors to life. There wasa total of 13 groups, six in the junior category and seven seniors, and they all brought their own blend of elaborate costumes in a spectacular display of patriotism. The intricately designed costumes did not disappoint, and spectators got to enjoy one of the biggest parades in the country. It was certainly a beautiful and eye-catching display of Belizean culture.

The Garifuna group from Belize City led the parade with the Two Foot Cow dance, and interacted with the spectators as the inimitable rhythm of the drums kept the energy high. One after the other, the mas bands rolled on to Central American Boulevard then unto Princess Margaret Drive. From the Irahunu Mas Band’s tropical rain forest display with a combination ofthe ancient Mayan ruins, to the deep depths of the Blue Hole and the live music of the Bowen and Bowen sponsored Pantemerpers Steel Band – the carnival spirit was brought to life in its entire splendor. The wide array of talent displayed, combined with the brilliant colors and energy by the participants had the thousands of spectators enjoying every minute of the Carnival Road March. 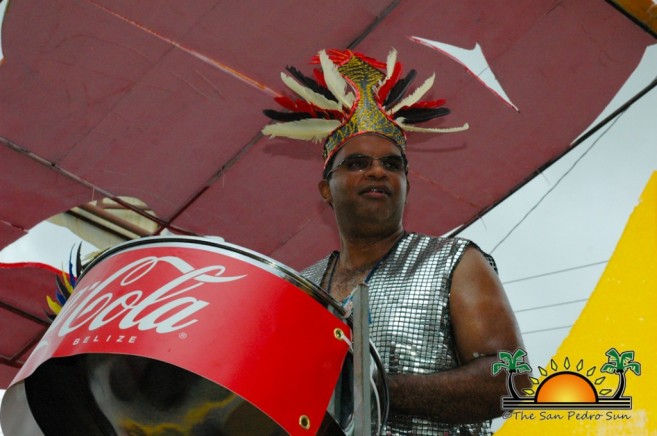 Along the route, judges were looking on grading the dancers and band performances, keeping in mind the costumes’ artistry, design and road worthiness. At the end of the carnival, they selected the winners in each category. The winner of the junior’s competition was Pickstock Carnival Band whose spectacular display of various elements of nature caught the judge’s eyes. Second place went to Jump Street Posse, who brought to life the many cultures of Belize through a combination of groups – Garifuna’s resurrection to the several Maya Goddesses (Ix’chel and Manik). Third place went to Sunshine Masqueraders. In the Seniors Category, Mother Nature’s Creation took the top prize with their “Love” theme. Belizean Jewel placed second with their depiction of the reef and the marine life under the sea. Third place went to the Soca Warriors. 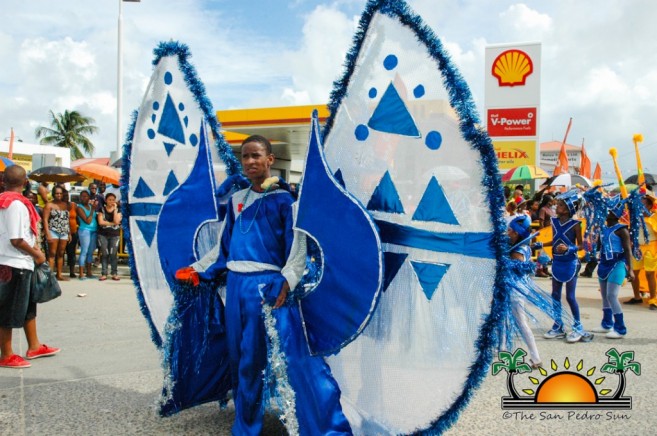 According to the organizers of the carnival, this year was better than last year since it was larger, police presence was high and there were no major incidents. In preparation for next year, the Carnival Committee will be providing designing and engineering training to enhance the competition and costume designs.