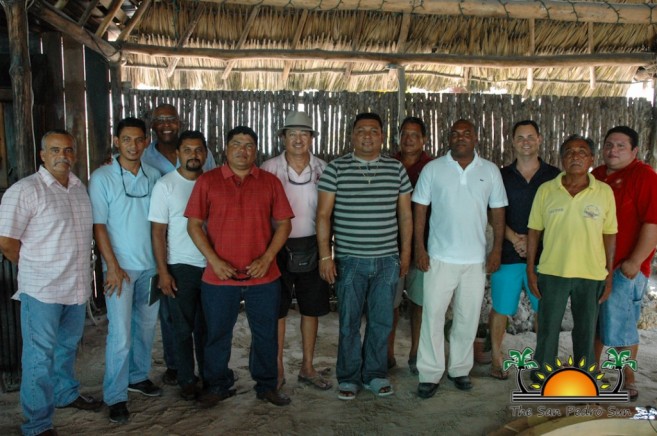 On Monday April 28th, Mayor of San Pedro Town Daniel Guerrero and members of his council met with church leaders from the San Pedro Evangelical Alliance. The main purpose of the meeting was to discuss general issues affecting San Pedro Town and the ways that church leaders can play an active role in helping address these issues. The hottest topic was ‘crime,’ and the gathering church leaders all echoed that San Pedro needs “spiritual healing.”

In his opening statement, Mayor Guerrero asked that they use their platform as leaders and “step up” their work, calling on them to join in the fight against crime. The Mayor said that there has been a significant breakdown in the family structure, which is causing the “collapse of the society.” He added that alcohol, prostitution and drugs are just three of the leading factors contributing to crime and the breakdown of society. “It has to be more than just preaching, we all must get more involved in the process of development on the island, and in the fight against crime,” said Mayor Daniel. He added that while crime is being fought from all angles, the most important place to tackle it is within the home, where the church has much influence.

After a sober reflection on the reality of crime on the island, the nine Pastors and Church leaders also had the opportunity to address the issues at hand. According to the leaders, the historic meeting of the community leaders and the church leaders is a step in the right direction. “It is the right approach, and as leaders we have a commitment, not only to our congregation but to this community,” said Pastor Francisco Flores. 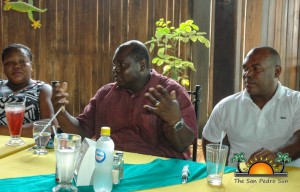 For his part, Kyle Thomas from Sagebrush Church, one of the biggest problems affecting the community has to do with lack of parental guidance. “A lot of kids have no direction and lack accountability because there is not the right parental guidance in their lives and that is one of the biggest social problems affecting the island.” The same sentiment was echoed by Pastor Everette Palacio. “We have children supervising children, and while that is a problem, the other factor has to do with discipline. If truth be told, some parents nowadays get upset with you when you tell them that their kids are behaving inappropriately on the street. Once we have lost the concept that ‘it takes a community to raise a child’ then we are in serious problems,” said Palacio. 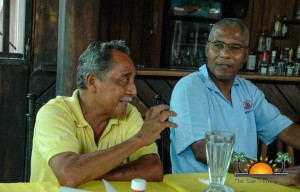 “The solution to all these problems starts at home. There is a necessity to reach out to our young people. We need to work to establish strong family foundations so that it can evolve into the society. We need to start at home by building stronger families, because stronger families make strong communities… If people’s hearts cannot change, then behavior and lives won’t be changed,” said the Pastor Clive Welch of Lighthouse Christian Radio.

According to the gathered leaders, the root of the crime problem is based on two major social problems; parents not supervising their children properly, thus giving them easy access to things that lead to crime, and the increasing number of young people in society without anything constructive to do. “The main sector that is the perfect target for crime is that which come from broken homes and those that are out of something to do. We need to find something positive for our young people to do to keep them busy,” said Pastor Palacio.

But even as the reflections were real, the solutions are not far-fetched. According to Pastor Ian Zaldivar, one of the main issues is that authorities who are at the helm of solving crime are part of the problem. “We all know who the ones giving problems. So then if we know, how is it that the authorities don’t know? How can it be that people are not being prosecuted and taken off the island?” questioned Zaldivar, something that was echoed by the other leaders. According to the leaders, people have lost confidence in the police department. “People are afraid to testify against criminals because they are not confident in the police department. There is no confidentiality in the police department. By the time you share something with the police, it is out on the street,” said another pastor.

According to church leaders, not only is family structure key to addressing the issues, but the local municipal body can play a more pro-active role by implementing more vigorous measures to regulate activities leading to crime. One such area has to with drinking, stemming from the increase of liquor licenses being issued to more and more establishments. Added to that the issuing of liquor license extensions for special events. “We need to review the process of granting liquor licenses. Bars and other establishments selling alcohol are popping up all over the place, making alcohol easily accessible, especially to our threatened population, our young people,” said Zaldivar. “We want to see that in the same way the SPTC endorses public activities, that they also endorse public church events to begin changing people’s behavior. San Pedro needs spiritual healing,” added Zaldivar.

All leaders agreed that not only should the church and community be active, but they must also be pro-active in issues affecting the island. Following the contribution of the Church Leaders and Pastors, the members of the SPTC and the Mayor acknowledged their remarks and promised to be more involved and work with the church leaders in addressing the crime and its contributing factors. After a successful meeting the Mayor hosted the group to a luncheon at El Patio Restaurant.