Shooting victims hurt while trying to assist police in their investigation


Two teenagers who were the victims of a shooting incident on northern Ambergris Caye are upset and making allegations against the police department. The two making the allegations are 18-year-old Christian Espat and 20-year-old Brian Espat, both fishermen of San Pedro Town. The allegations follow injuries received while in handcuffs as they headed by boat to the area in which they were shot at on Sunday April 13th. While the injuries are one aspect that has the brothers upset, they are not happy with the treatment they received at the hands of the police. 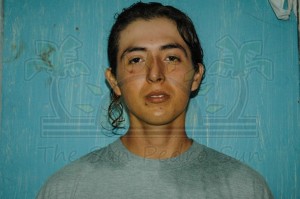 Brian Espat received visible bruises to the right hand and complained of chest and back pain, while Christian received a blow to the back and has been unable to stand or walk, having been placed under a five-day medical observation. According to Brian, on Monday April 14th, they voluntarily visited the San Pedro Police Station to give their report regarding a shooting incident on northern Ambergris Caye (please see previous story starting on Page 1). He claims that all they were doing was corroborating with police to help them solve the shooting incident, but alleges that police officers treated them as the perpetrators. “We visited the station because someone shot at us and police wanted information so they could make an arrest. After they took our report they asked us if we could take them to the area of the shooting so they can process the scene and we voluntarily agreed to go with them. Little did we know that they were going to handcuff us as if we did the shooting,” said Brian. 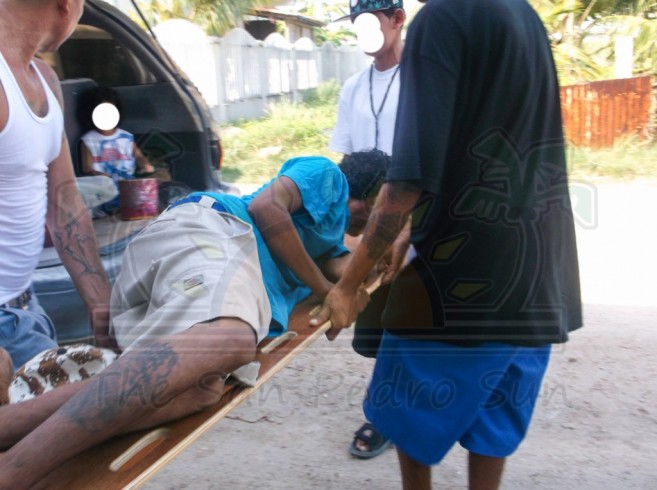 Brian further claims that they were taken onboard a vessel captained by members of the Belize Coast Guard and was accompanied by officers attached to the San Pedro Police Department. “They had no knowledge about how to navigate through the water. In fact they did not know how to get out of the channel and while going through the channel we almost capsized after a large wave hit the boat. The force of the wave hit us, almost flipping us overboard. I was handcuffed to my little brother and he got flung one way and I got flung the other way. The force broke the handcuff and injured my hand. My brother [Christian] got hurt in the back after he hit the rear of the boat [stern] and from the constant pounding of the waves. He was obviously seriously hurt because he was unable to move,” recounted Brian Espat. He explained that the captain of the boat continued navigating in very rough seas which Brian believes worsened his brother’s injuries. “I indicated to the officers that my brother was hurt, and they just laughed at us.” 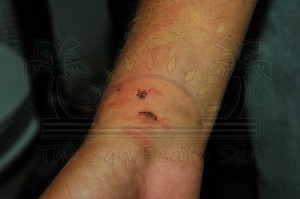 Once at the crime scene, Brian alleges that the police officers abused their power and used them as shields. “When we reached at the area of the incident, the police indicated for us (two brothers) to go to the front. The officers indicated that if anyone should get shot, we should be the ones. Then they had me looking for the bullets as if I was the one that did the shooting. Since when do the police have the victims looking for evidence?” claims Brian. He alleges that he can identify all the officers and claims that the contingency included Sergeant Raymond Berry and Inspector Reynaldo Pook.
Father of the two men, Rolando Espat said that the incident highlights his constant complaints to the commander of the San Pedro Police Department, which is, that his children are being targeted including members the police department. “We are not against the police officers doing their job, but what we want is for them to do their job fairly. I am tired of the San Pedro Police because not only are they targeting my sons, but clearly they are looking in collusion to hurt my children. Twice a week, they come and arrest my children and have them locked up for 48 hours and then release them with no charge. For this year alone, my children have been picked up over 50 times, mostly by Corporal Luis Rodriguez and they are never charged. Now we have this incident, what is up with these officers?” said an obviously upset Rolando Espat. 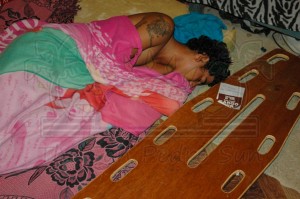 Christian Espat was seen by a medical doctor at the Dr Otto Rodriguez San Pedro PolyClinic II and a medical form was obtained from the police since the family intends to bring legal proceedings against the police department. Despite having no broken bones or internal injuries, Christian has been unable to stand or walk due to severe pain and has since been placed on a five-day observation.
Officer Commanding the San Pedro Police Station Assistant Superintendent of Police Luis Castellanos would not go into details but confirmed that indeed such an incident occurred in which the Espat brothers were hurt. He indicated that in fact his officers were also injured when a large wave hit the vessel in which they were travelling in. When asked about the allegations that the victims made, claiming that they were used as shields and handcuffed while assisting police in their investigation, Castellanos said he was busy and promised to reply at another time.
It is uncertain why the Espat brothers were handcuffed, when in a police report disseminated on Monday April 14th by San Pedro Police the two brothers are identified shooting victims.