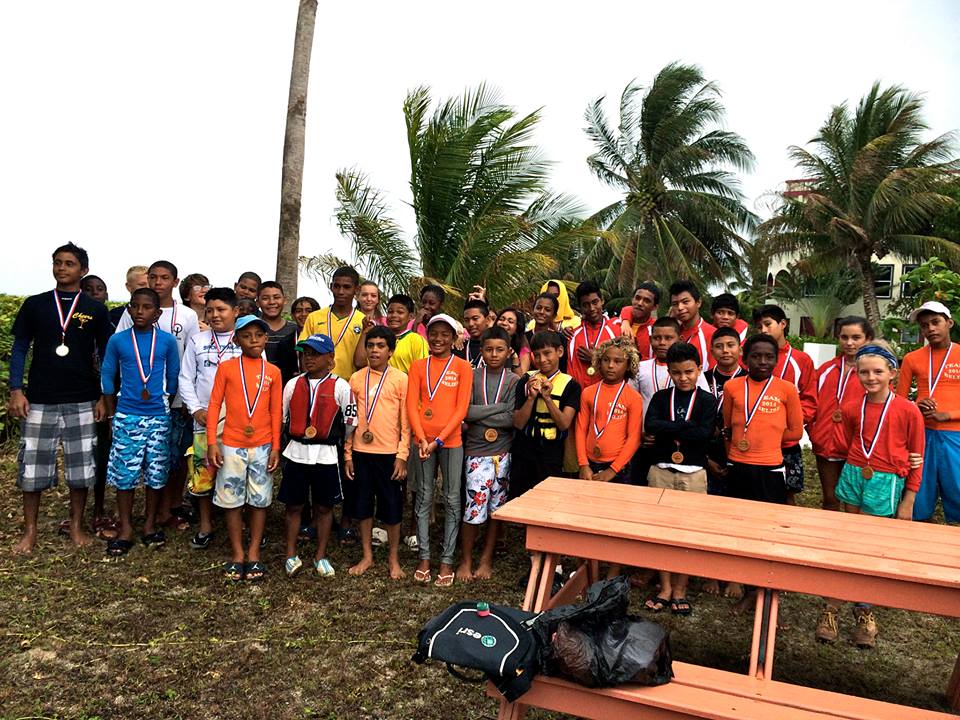 At the end of the regatta, it was Anderson who took the top prize with a score of five points after sailing excellently in the open fleet. Second place went to Antonia Ricardez of BCSC with 12 points, while SPR’s Kevin Vasquez took third place with 14 points. Open fleet participants for SPJSC included: Blanca Vasquez in 4th, Christian Trejo in 9th, Faith Noel in 11th and Katryn Salinas in 13th. Open fleet participants for SPR included: Jorge Olivarez in 8th, Sarah White in 10th, Mitchell Sersland in 12th, Chris Lopez in 16th, Samantha Vasquez in 21st and Caroline Sersland in 22nd.
Rankings were not chosen for the green fleet, but all participants received recognition medals. SPJSC participants in the green fleet included Rashawn Gonzlez, Angel Navidad and Gabbi Knox.
Organizers would like to thank the National Institute for Culture and History, Teichroeb & Sons, Kubuli, Print Belize, Ragga Empress, Belize Coast Guard, Joe Fuzy and the St. George’s Caye Village Council for their assistance.

BCVI conducts first eye exams on the island since the pandemic