As the integration movement deepens, numerous demands are being placed on key Regional institutions, and the CARICOM Secretariat, the Community’s administrative body headquartered in Georgetown, Guyana. In an effort to address this situation and further accelerate the implementation of decisions, Heads of Government agreed that the structure and functioning of Community institutions needed to be reviewed in order to strengthen the process.

In July 2010, the Heads of Government commissioned a consultancy to produce a report restructuring of the Secretariat. The independent consultancy was supervised by a Project Management Team comprising representatives of Member States. At their Inter-sessional Meeting in March 2012, Heads of Government received the Landell Mills Report on the Restructuring of the CARICOM Secretariat. The Heads of Government also agreed that it was necessary to re-examine the future direction of the Community and the arrangements for carrying it forward which would include the role and function of the Secretariat; and further, that a strategic plan for the Community should be prepared, “targeting a narrow range of specified outcomes within specified timeframes, focusing on a few practical and achievable goals”. After extensive, Region-wide consultations, the Strategic Plan for the Restructuring of the Caribbean Community 2015-2019: Repositioning CARICOM was developed. Heads of Government approved the Strategic Plan at their Thirty-Fifth Meeting in July 2014, in Antigua and Barbuda.
To date, there has been progress with respect to the promotion of the Strategic Plan target audiences include the media, community stakeholders and International Development Partners (IDPs). At its Thirty-Sixth Meeting in January 2015, the Community Council approved the Implementation Plan for the Strategic Plan. The Implementation Plan sets out the outcomes, principal measures, major activities and responsible implementing partners across the Strategic Priorities, with particular attention given to the high priorities areas.

New Belize Ambassador to CARICOM, His Excellency Daniel Gutierez (centre), chairs a Meeting of the Committee of Ambassadors, January 2016, at the CARICOM Secretariat

The Meeting of the Committee of Ambassadors, January 2016 at the CARICOM Secretariat

Then Prime Minister of Belize, the Hon. Said Musa

Belize is also a member of the Central American integration process established under the Protocol of Tegucigalpa in 1991. The Central American Integration System (SICA) comprises Belize, Guatemala, El Salvador, Honduras, Nicaragua, Costa Rica, Panamá and the Dominican Republic. The Republic of China on Taiwan, Mexico, Spain, Germany, Chile and Italy participate as Observers. Belize, as a member of both organisations, has played a pivotal role in facilitating relations between CARICOM and SICA.

Acknowledging his country’s bridging role, Prime Minister the Hon Dean Barrow, at a SICA Summit in 2014 said: “We are a part of the Central American isthmus, the pencil of God has no eraser and our geographic location dictates that our natural trading partners are right here in the sub-region. We also believe that our current membership of the Caribbean Community can be advantageous to our partners in both Central America and CARICOM.” 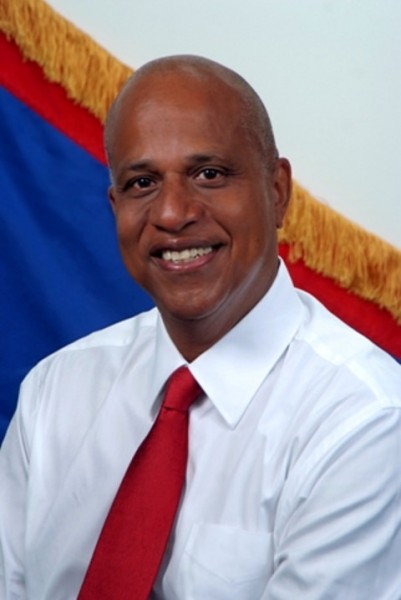 CARICOM and SICA held their first Summit in 2002 in Belize at which then Prime Minster of Belize, the Hon. Said Musa, pointed to the importance of the relationship whose details had yet to be worked out. He was, however, confident that “as important as they are, they can only prosper if we all show the courage and determination to make this potentially great partnership between the Caribbean and Central America a real and enduring one. We recognise, all of us, that this is an important step in our journey toward a fully integrated Caribbean family that excludes no nation, no peoples.” http://www.caricom.org/jsp/communications/meetings_statements/caricom_sica_domrep.jsp?menu=communications

A Plan of Action setting out the parameters of the relations between the two integration movements was signed in Belize City, Belize, in 2007 at their Second Summit. The Plan of Action places emphasis on cooperation in the areas of human resource development, foreign policy coordination, health, housing, the environment and disasters, trade and investment, crime and security, air transport and tourism, culture and the fight against corruption, poverty eradication and cultural exchanges. http://www.caricom.org/jsp/communications/meetings_statements/caricom_sica_2_joint_declaration.jsp

A Third Summit was held in 2011 in El Salvador where Heads of State and their representatives agreed on a Joint Declaration to further strengthen ties. http://www.caricom.org/jsp/pressreleases/press_releases_2011/pres323_11.jsp

Deepened cooperation has yielded a relationship between the CARICOM and SICA disaster management agencies. It has also facilitated high level engagement of private sector representatives of both parties, opened opportunities in trade and investment, and there has been some movement in the areas of Trade and investment, climate change and Environment and Natural Disasters.

It is quite clear that a platform has been put in place and needs to be built on to deepen the relationship between CARICOM and SICA which have a number of concerns and interests in common.

Letter to the Editor: Harrison Longsworth