The progress of the rehabilitation of the Caye Caulker airstrip appears to be minimal at first sight, leaving Hicaqueños wondering when the airport will re-open. The island has been without a functional airstrip since October of 2017 when the local airlines providing services to Caye Caulker (Maya Island Air and Tropic Air) suspended flights due to the airstrip’s unsafe condition. However, the management at the Belize Airport Authority overseeing the rehabilitation of the airport’s runway informed The San Pedro Sun that the project is ongoing and that they expect to complete the works by mid-June of this year. 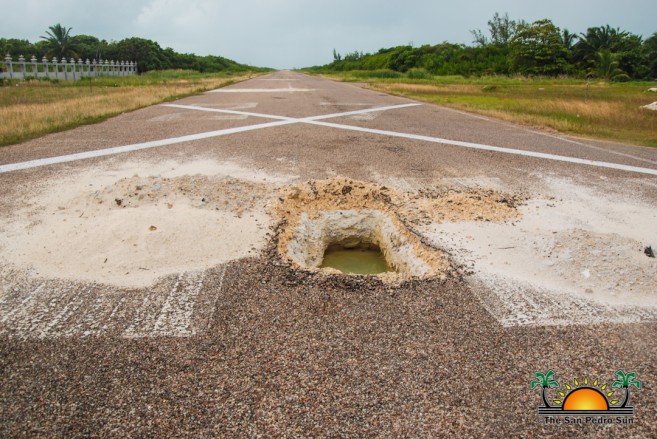 A visit to the closed airstrip revealed that no construction work has been done on the airstrip and its surroundings. A series of deep holes were observed on the surface of the runway, while on its east end, piles of building material had been unloaded. According to the General Manager of BAA, Nicholas Ruiz, the process for the airport’s refurbishment is an ongoing one and that even though people might think that nothing is happening, work is actually being done. “Most of the building material is being barged to the island from the mainland,” said Ruiz. “There is a process and work is taking place.” Ruiz indicated that he and his team will do a site inspection to find out more about the progress of the project. 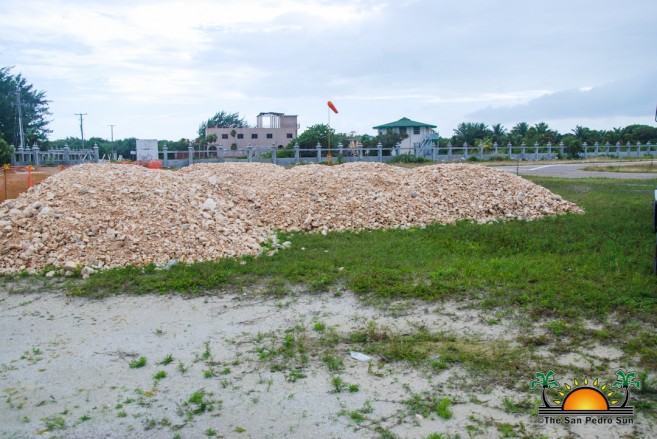 The project is being financed by a $3.9 million loan from the Social Security Board, was initially set at $7.5 million. The drastic cut to the budget was confirmed by Minister of Tourism and Civil Aviation, Honourable Manuel Heredia Jr., who stated that the final scope would be adjusted to meet the project’s reduced budget available. One of the main features that the airport was to have was an external security lighting system, security fencing, passengers’ terminal building and an expansion of the apron. These features were all trimmed. But an internal runway light system is said to be included in the initial phase to enhance the air transportation to the island. The other configurations of the project are still the same which include hot mix asphalt surfacing on the airstrip limited to a width of 40 feet with the additional 20 feet of shoulders. 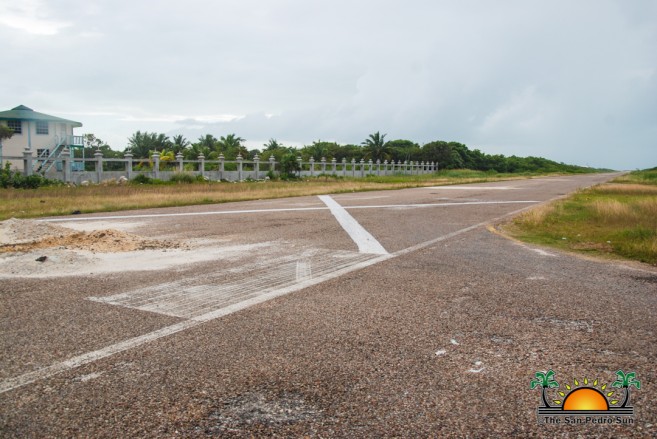 However, Caye Caulker residents believe that the project is moving slow and the fact that they are struggling without an airport during the high tourism season is causing a dent to their businesses. A few concerned residents say that this tourism season is less profitable than previous ones since the tourism clientele has changed. They expressed their disappointment with the airstrip’s renovations and many believe that officials have not made it a priority to have the airport up and running as soon as possible. 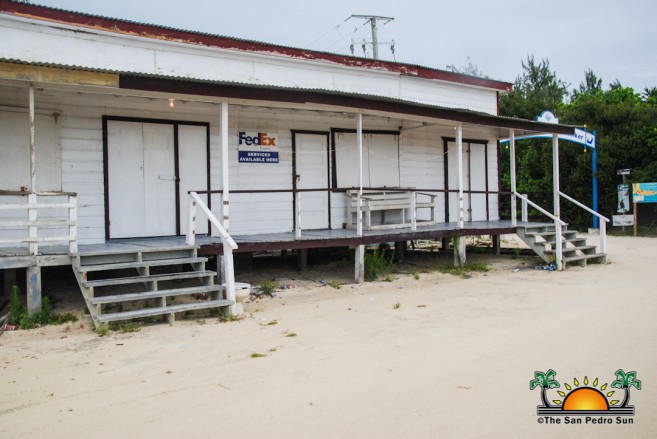 The Chairwoman of the Caye Caulker Village Council Enelda Rosado said that they have been in touch with the BAA and will be making site inspections as well to monitor the progress of the works at the airport. Rosado acknowledges that some tourism stakeholders on the island are struggling with the issue and the situation of not having an airport is affecting everyone in one way or another.
Additionally, some of the other challenges that islanders are facing are issues with medical evacuations. Speaking to a couple persons that had experienced such emergencies, they said that after an injured or ill person is stabilized, they are transported to Belize City in a boat. A boat ride that will usually take from 40 minutes to almost to hour depending on the sea state. “We have been abandoned and deprived of what should be the basic needs of a community like ours, which contributes a lot to the Central Government in tourism tax revenue,” said a concerned resident. 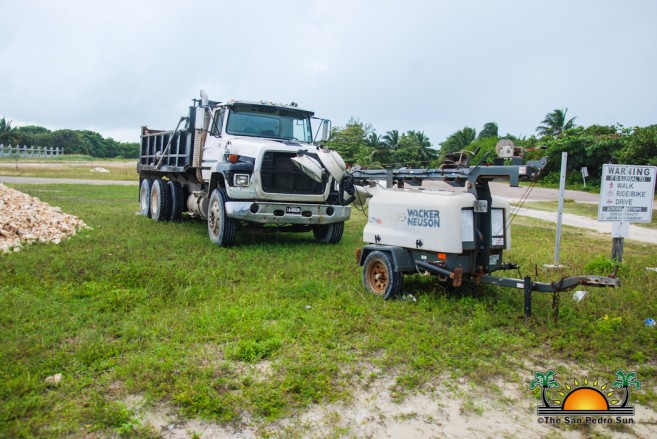 For now, island residents are hopeful that the big renovation is done by the scheduled time. They claim that they could not go another season without an airport and if that ever happens, they will hold the respective authorities responsible if they fail to deliver the project.

Adopt a Bear returns for the third time to the island.