The rehabilitation of the Caye Caulker airstrip is set to start soon following the announcement of the loan approval from the Social Security Board (SSB). The funds will aid the Belize Airport Authority (BAA) to make the much-needed repairs on the airstrip. The announcement was made during a sitting of the House of Representatives on Friday, January 5th. The loan amount for the project which was initially set at $7.5 million, has now been reduced to $3.9 million cropping most of the original design for the facility. 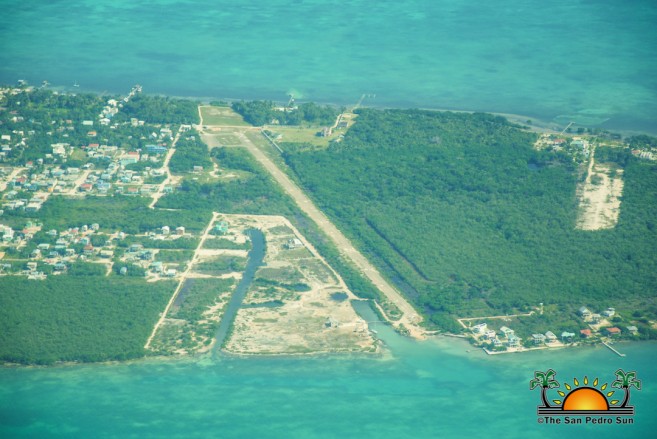 Minister of Tourism and Civil Aviation, Honourable Manuel Heredia Jr., confirmed the changes to the project, but did not confirm a commencement date for the construction work. “The final work scope would be adjusted as necessary to meet the project budget available for construction,” said Heredia. “The current contract with the lower bidder is for the sum of three million, nine hundred and eighteen thousand, six hundred and ninety-nine dollars, which includes the cost of the core phase for the entire project only.” According to Heredia, the project experienced some trimmings and will no longer count with the external security lighting system as previously planned, however, the runway light system will still be included in the initial phase. “Notably this will greatly enhance air transportation capability to the island,” Heredia said. “The hot mix asphalt surfacing is limited to a width of 40 feet with the additional 20 feet of shoulders.” Heredia discussed that the security fencing is out of the plan and the expansion of the apron will be smaller than previously planned. “The lifting of the runway will also be limited, and the terminal of the new terminal building will no longer be there,” Heredia concluded.
The initial $7.5 million for the reconstruction of the airstrip had apparently been turned down by the SSB and recommendations were made to downgrade the project. According to some sources, the decision to go ahead with a lower amount was made on December 21, 2017, during a meeting of the Board of Directors.
After speaking with Nicholas Ruiz, General Manager at BAA, he briefly stated that everything is going as planned and that they are waiting on the official offer from SSB. He said that works will soon commence on the airstrip as material for its renovation has already been transported to the Caye Caulker.
La Isla Cariñosa has been without an airport for more than three months after local airlines, Tropic and Maya Island Air, suspended flights to Caye Caulker due to the dangerous condition of the runway in October 2017. The government has since been negotiating with the SSB to obtain a loan in order to repair the deteriorated airport. It is estimated that the refurbishment will take approximately eight months after works begin, and given the time of the year, Hicaqueños fear that their high tourism season will suffer without an airport.