On New Year’s Eve, the American Crocodile Education Sanctuary (ACES) made the sad report of yet another crocodile found pouched in the lagoons of Ambergris Caye. According to ACES, the remains of the mature female animal was found floating in the Sewage Waste Treatment lagoons (WASA ponds) with a fractured skull, stab wound through the belly, and a clean slice through the base of the tail. This latest poaching incident brings to light the continued increase of illegal activities committed against the natural environment and the lack of enforcement by local authorities. 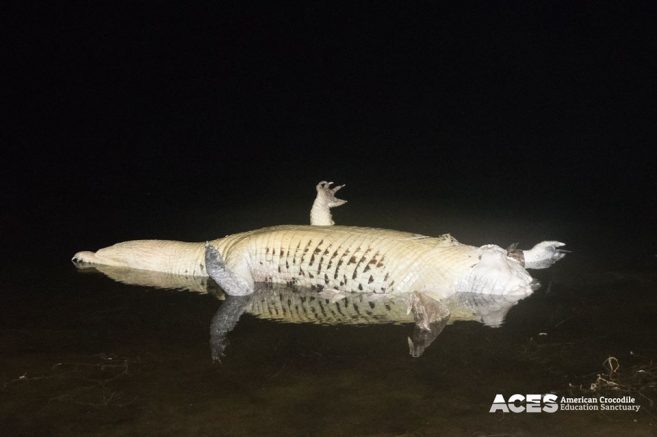 Under the Laws of Belize, it is illegal to feed, harass, or attempt to catch a crocodile. Violation of any of these regulations can incur a fine of up to $10,000 and incarceration time. However, these laws are rarely enforced. “This mutilation of our native wildlife cannot go unpunished. If you have any information about the death of this crocodile, or info, photo, videos of people feeding crocodiles, whether at WASA lagoon, the lagoon opposite Coco Beach Resort and behind the restaurants next door, or anywhere else, please forward them on to ACES or Belize Forest Department. The penalty for illegal feeding, hunting, and molestation of wildlife is up to $10,000 and/or prison time. If we can bring consequences to people’s actions, we will likely see a reduction in illegal wildlife crime such as this, but for that to happen WE NEED YOU TO SPEAK UP. Please be a voice for the voiceless,” stated ACES on their social media pages in response to this latest poaching incident. 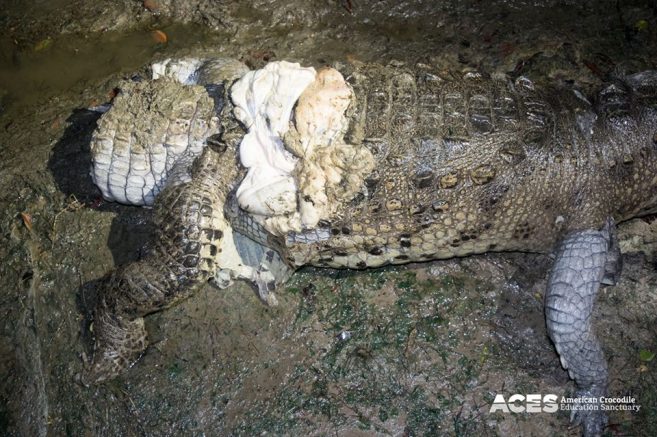 American Crocodiles are one of two species of crocodiles found in Belize, the other being the Morlet Crocodile. Like all predatory species, crocodile plays a key role in maintaining a healthy balance in the environment they live in. Factors such as development that result in loss of habitat and poaching are minimizing the population of American Crocodiles found in Belize. According to ACES, this most recently pouched crocodile was a breeding female, which are seen less and less each year. Everyone is encouraged to report any illicit activities against the environment and animals. Reports of poaching incidents can be reported to ACES here on Ambergris Caye at 623-7920 or the Belize Forest Department at 822-1524.

Photos:Belize Mission Project is back in San Pedro