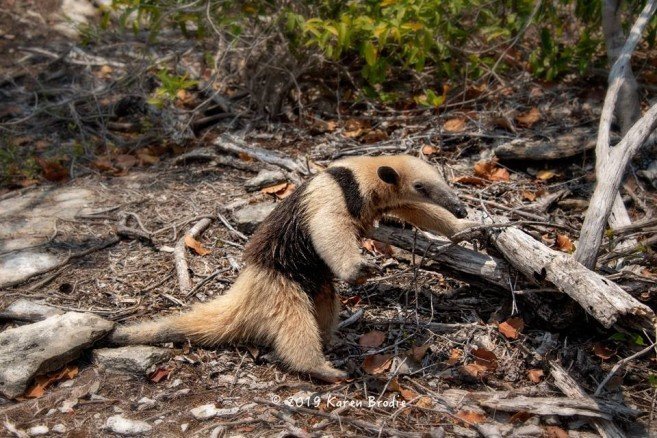 On Friday, April 26th, American Crocodile Education Sanctuary (ACES) helped relocate another anteater (Tamandua) north of Ambergris Caye. This is the second anteater found wandering around town this year and the fourth call ACES has received about anteaters after five years of no calls. 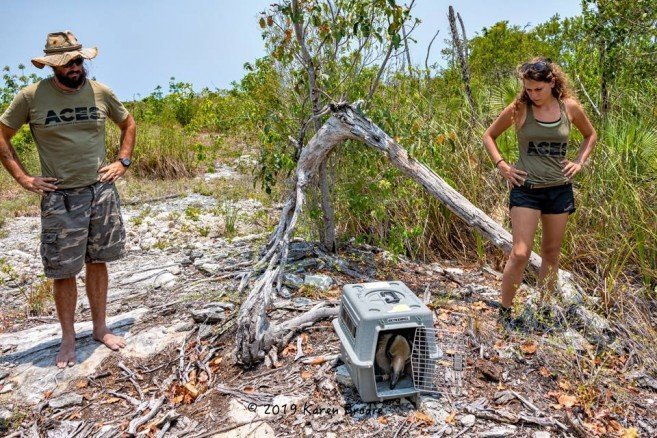 The anteater was caught at SunBreeze Hotel after it was found wandering around the resort. Employees captured the animal and called the Belize Forest Department (BFD) for assistance. The BFD then contacted ACES for assistance. The Saga Humane Society collected the anteater to minimize stress and get him away from the hotel, and the ACES team then drove him to northern Ambergris Caye to an area with lots of trees and bushes. “We monitored the anteater for a while after releasing it to make sure he was good, not injured, and moving freely,” said Chris Summers from ACES. 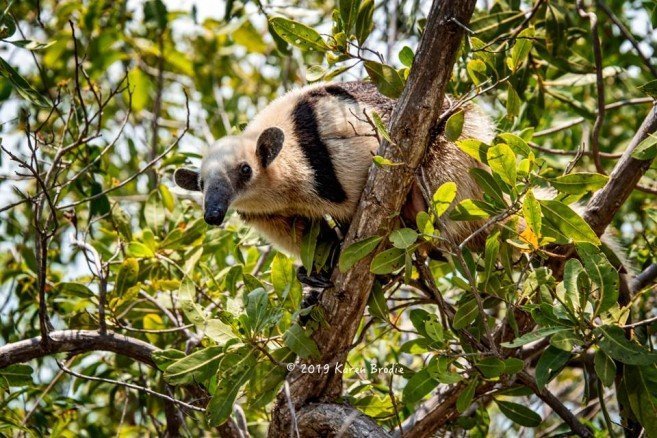 ACES is not certain what might be the cause of more anteaters wandering downtown, but they believe it is due to the drastic habitat loss, especially around the heart of San Pedro Town. Wildlife like this anteater is forced to roam in unfamiliar areas in search of food or new habitat. “Now it is more important than ever to stop and think before you clear that section of trees or that patch of mangroves. What will be the effects on the ecosystem and who? Who will be affected by it, and in what way? How will these effects cascade throughout the ecosystem?” said Summers. 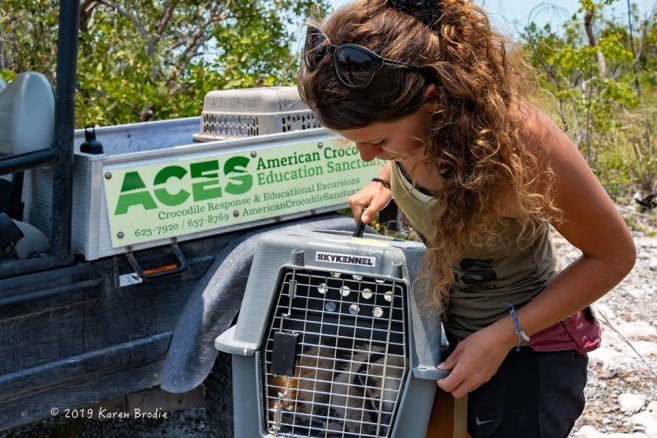 ACES thanks Saga Humane Society for picking up the anteater and keeping him safe, Karen Brodie Photography for the stunning shots of the release and to Fondation Brigitte Bardot for the vehicle that provides transportation to all of our wildlife calls on Ambergris Caye.