While a surge in crime activities in south side Belize City has prompted the Ministry of National Security to declare a state of emergency, San Pedro Town continues to register low levels in major crimes. This achievement has caught the attention of the business community on and off the island. As a result, on Wednesday, March 18th the San Pedro Police Formation was the recipient of a brand new golf cart courtesy of Brads Gaming Group from Belize City. The island police department was also provided with eight bicycles for its newly installed constables to support the current bike patrol. The bicycles were donated by the Embassy of the United States of America in Belize. 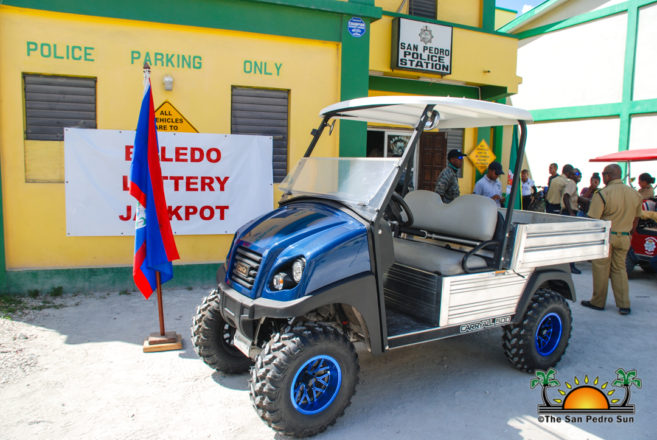 The island, which is Belize’s prime tourism destination has not seen major crimes, such as murders, since June 2019. This achievement has been credited to the strategic work of Officer in Charge of the Coastal Executive Unit, Superintendent Christopher Noble and his team. According to Noble, the new golf cart will be used in police strategic operations, and to ensure its performance, a local business has committed to retrofit the vehicle. “The island requires that we maintain a high level of operations and professionalism so we can continue what we started some eight plus months ago in ensuring the security of the island,” Noble said. He added that the police formation on the island has so far experienced minimal challenges because the community and the Belize Police Department has done their part by constantly giving their support. 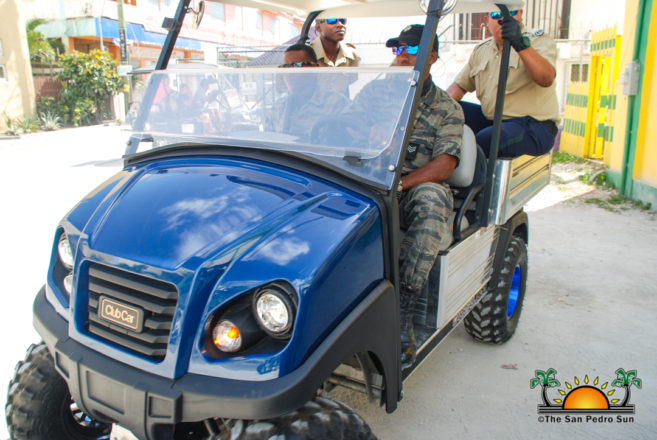 Public Relations Officer at Brads Gaming Group Karil Wallace said that they found it fit to donate the golf cart to San Pedro Police. “This donation is expected to further help them in the ongoing fight against crime, and also to mobilize their officers here on the island” said Wallace. The donations comes at a cost of $22,000.

After the handing over of the golf cart, Noble presented the newly installed police officers with eight bicycles. “We are expanding our bike patrol, we will do more training with the hope that this will make them more visible in the community” Noble said. Each bicycle, together with its equipment, helmets, lights, and locks, costs around BZ$2,800. 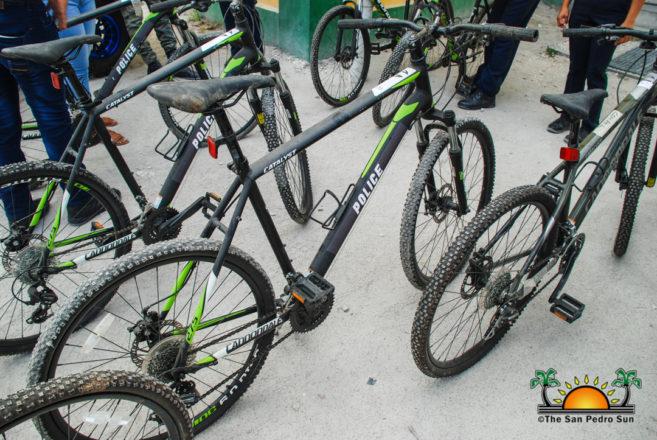 The San Pedro Police Formation thanked Brads Gaming Group for their kind donation. They also thank to everyone on the island that has been supportive, and invite them to continue working closely with the police in their efforts to prevent criminal activities. The San Pedro Police Station is located on Pescador Drive and can be reached at 206-2022.