Coleman’s fight was the 19th in the tournament against Manuel Alejandro, and from the beginning, he showed aggressiveness towards his opponent. Despite his physical disability, he gave it his all, and according to officials, he was winning the match at one point. Many spectators were not aware of his challenges but were fast to cheer him on, encouraging him to fight harder. Unfortunately, Coleman was hit in the jaw when he turned his back. The referee deemed it dangerous for his safety and proceeded to stop the fight. The victory went to Alejandro. 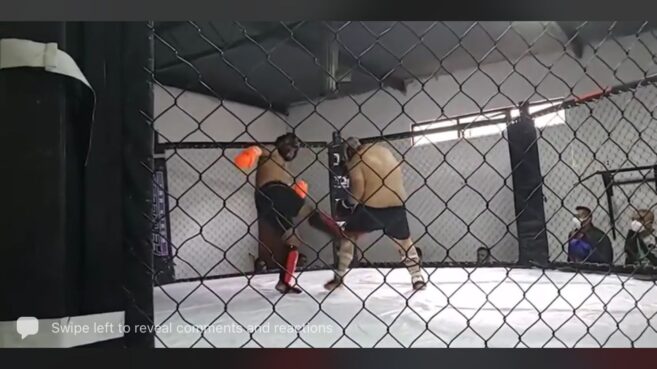 Coleman said he was satisfied with his performance as he almost brought the victory home. The fight was ten seconds away from culminating when it was stopped. Coleman stated that although it hurt to be so close to winning, it was a learning experience and an honor to represent the country in this international event. Coleman added that this would not be his last appearance in the ring. The island warrior plans to continue training and participate in future tournaments.

Another obstacle the young fighter faced was the climate, colder than Belize, and the high altitude. Coleman later said that he had difficulties breathing while in combat but kept pushing himself until the end of the match.

Those present praised him for his courage and good performance, while organizers were very impressed with Coleman and commended him for his fighting. They told his Sensi Martin Dawson to continue working with him as Coleman has plenty of talent in kickboxing. They also send a message to Belizeans to continue supporting Coleman as his future in this discipline looks promising.

In San Pedro, a BIG thank you goes out to all establishments and individuals who supported Coleman and his team. Their sponsorship made it all possible for his historic participation at this tournament in Mexico.

Island in need of foster families