Over the past months, golf cart rentals in San Pedro Town, Ambergris Caye, have reported a dent in their fleet due to the increase in cart theft. Some companies say the stealing has not slowed down, and it is primarily affecting clients staying in northern Ambergris Caye. As such, they ask the police to establish a more substantial presence in this part of the island.

A particular rental company shared that one of their carts went missing some weeks ago. They found parts of the vehicle north of the island with the engine missing. According to the rental owners, if there were more police presence in northern Ambergris Caye or some surveillance like in the southern part of the island, the golf cart theft could be reduced or ended. South Ambergris Caye has a very effective neighbourhood watch that significantly deters criminal activity.
In May 2017, a police booth was opened north of San Pedro to render better-policing services to the northern island community. The booth was about half a mile north of the Sir Barry Bowen Bridge, and while police officers used it after their routine patrolling, it was never operated on a 24-hour basis.
The officer in Charge at that time, Superintendent Reymundo Reyes, explained that the facility continued without a bathroom because it had not been operating on a 24-hour basis. He claimed for that accommodation to happen, the island police department would need more workforce with more officers on the northern side of the island permanently. 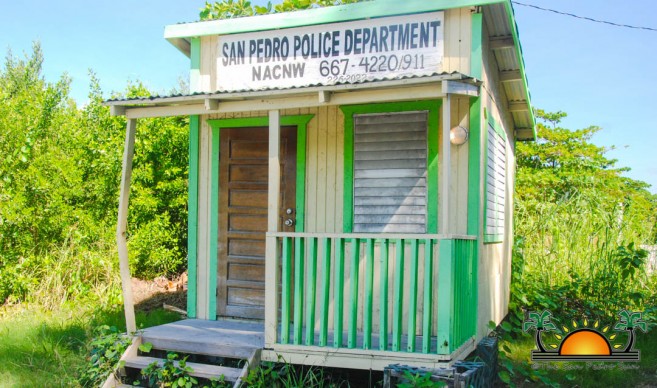 The plan never came to fruition, and a year later, the police substation was abandoned and removed because it was on private property. The San Pedro Police Station was contacted for an update on the police booth, but no answer could be obtained. The island police, however, have said they continue working to counter the theft incidents in San Pedro. They asked anyone with helpful information to not hesitate to make reports to their Pescador Drive offices or call 206-2022.