Due to a series of increasingly contentious negotiations with the Ministry of Education (MOE), the Belize National Teachers Union (BNTU) held a demonstration rally through the main streets of Belmopan City on Wednesday, November 7th. Those rallying are demanding the MOE provide hardship allowance for schools in remote communities and agree to Proposal 22, which speaks of the Ministry paying 100 % benefits to teachers and support staff of grant-aided secondary schools. 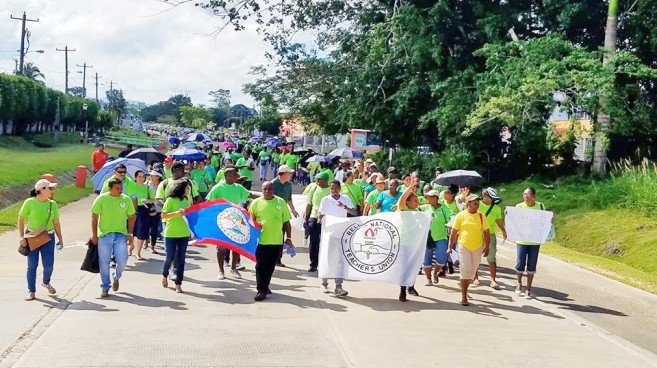 Grant-aided schools are subsidized by the government, which pays up to 70 % of teachers’ salaries and gratuity. The union and the government had agreed to a 100 % payment. However on Monday, October 29th, during the Prime Minister’s press conference, Minister of Education Patrick Faber stated, “The Proposal 22, that has to do with the benefits for pension and gratuity for those denominational and community schools are not on the table anymore, as the Prime Minister has said ‘no’. So, the matter of pension and gratuity or that 30% is no longer a live issue, to make that absolutely clear.” Despite having discussed the issue at a joint meeting in September, at the October press conference, Prime Minister Dean Barrow made his statement. “Cabinet has looked at it and I will tell you right off that the answer to that request is no.” 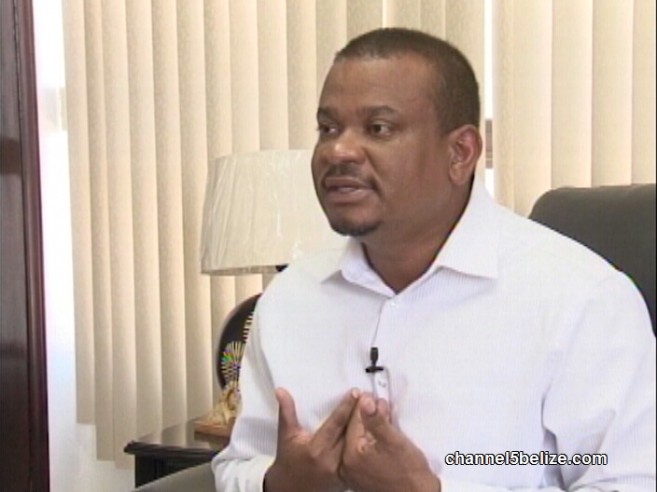 The statements by the Prime Minister and the Minister of Education were the spark for the BNTU mobilization. BNTU National President, Hon. Senator Elena Smith, characterized Minister Faber’s comments as being disrespectful. “We note that in the comments that the Minister made he has been quite disrespectful to the BNTU and he continues to do so. We will not tolerate, as we have said before, the Minister being so disrespectful, and his people under him, being disrespectful to the BNTU. He is the same person who wants to be the leader of this nation. You want to be the leader and you can’t be honest? Who do you think will trust you? This Minister needs to get his act together. Don’t put things out there about the BNTU if you don’t have it in writing. We have the black and white and we can show you that. Enough of writing press releases and enough of having these press conferences because it seems as though persons think that we are playing around. But if you can see us right now this is just the beginning of what is to come. So, if you want to know what will come, we will let you know what will come,” she said. According to Smith, the arrangement of the Proposal 22 is not being implemented by school’s management leaving teachers with only 70% of their gratuity and pension.  The negotiations, however, have stalled and last week Prime Minister Dean Barrow made it clear that after discussing it in Cabinet, G.O.B. would not be able to financially contribute the 30 %. Soon after, on Thursday, November 1st during the BNTU Branch Leaders meeting, they announced plans to rally on the streets until then GOB gives them what they deserve. 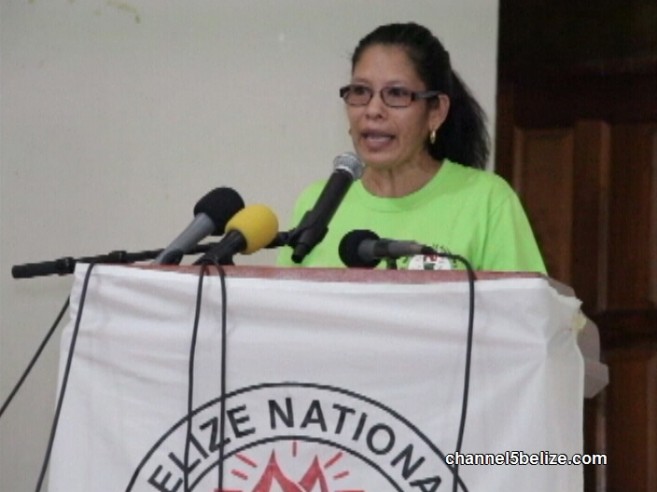 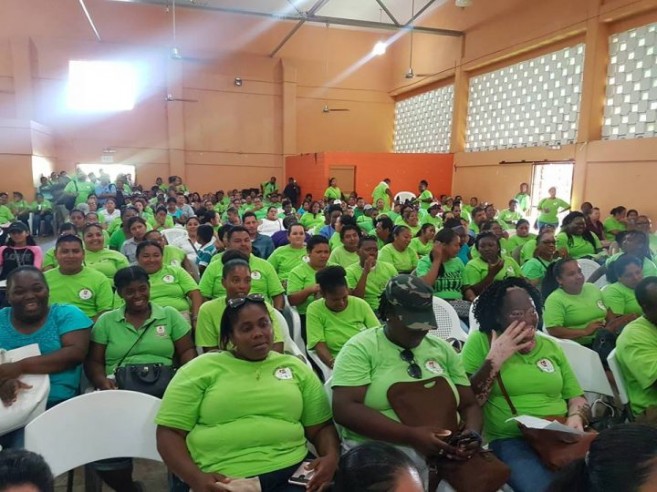 He also clarified that government has made it clear that it cannot cover the remaining percentage of gratuity and pension. “The proposal 22 for instance of the 30 % benefits of pension and gratuity for the denominational schools, the union is perfectly correct when they say that that matter is something that they still are in discussions with us on, but we’ve already agreed to the way forward.  We’ve said to them that the government cannot make those payments and that for churches or the communities to assist in being able to secure that payment for their teachers,” said Hon. Faber. “In my opinion, the bulk of this discussion it’s concluded, the way forward has been agreed upon and that is why I think there is a misunderstanding on their part and maybe the communication between us has not been the best and so things have not come out the way it ought to.”
On Thursday, November 8th the BNTU officially stated that Hon. Patrick Faber has agreed to meet with them in order to discuss the matter. “Minister Faber has finally conceded to meeting with us and has committed to work alongside us to adress the issues we have highlighted. We therefore look forward to charting the way forward and will hold him to his words to ensure our members are given what they justly deserve. We have always been ready and willing to sit at a table to adress our members’ concerns. We will approach Monday’s meeting with open minds and are hopeful that we will make satisfactory progress. However, should the opposite happen, our members are prepared to take the next steps,” said the BNTU in an official press release. They further thanked all who contributed to their successful demonstration and rally in Belomopan City.
The BNTU assured that they will remain the strongest and most vibrant trade union in the country and will continue to grow from strength to strength, with the help and support of the Belizean people. The teachers union has earned a reputation as an activist union, not only for their own concerns such as benefits and salaries, but also for public affairs and transparency in the government.