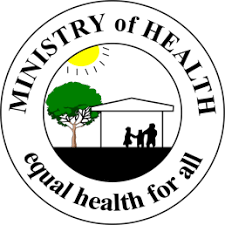 While the Ministry of Health (MOH) has announced that the flu season has begun, and is advising Belizeans to take the necessary precautions to avoid becoming ill, the Novel Coronavirus continues to dominate headlines around the world. The current situation has many in fear, focusing on this particular virus and disregarding the same or even more deadly effects of the common cold and flu. The MOH expressed via an email that the common flu is much more deadly than the Coronavirus. According to an online medical journal, the seasonal flu kills as many as 646,000 persons worldwide each year and should be treated as a serious medical issue.
In Belize, the MOH is advising everyone to practice good hygiene to avoid contracting the flu. Avoid touching eyes, nose and mouth with dirty hands, and avoid contact with sick persons. The ministry also advises those who may be ill, to avoid close contact with other persons, to cover their mouth and nose with a tissue when coughing or sneezing, and to seek medical attention if symptoms worsen or last for approximately ten days.
No statistics were available as to how many persons in Belize are affected by the common flu each year, but the number is allegedly in the high thousands. The San Pedro Sun tried to obtain these statistics but were informed by the MOH that they were still in the process of compiling the information. The main concern now is the Coronavirus. First reported in Wuhan, mainland China on December 31, 2019, it has been spreading aggressively, killing thousands. As of press time, there were over 28,000 confirmed cases globally and a total of 564 dead, the majority from China. This virus causes pneumonia, and like the common flu, other symptoms include coughs, fever, and fatigue.
In severe cases, there can be organ failure. Coronavirus is viral pneumonia and antibiotics are of no use. The standard flu antiviral drugs have been ineffective so far. According to reports, persons admitted to hospitals may need support for their lungs and other organs as well as fluids. Recovery depends on the strength of their immune system. Those who have a compromised immune system or are in poor health are the most vulnerable and at higher fatality risk.
While a couple of cases in the United States of America have been confirmed, none have been reported in Belize or near its bordering countries. MOH has been closely following this outbreak. According to Epidemiologist, Dr. Russell Manzanero, they are in close communication with their regional partners. “We are revising the influenza plans, so even though we know what to do, we are trying to enhance surveillance and get more screenings done at the Philip Goldson International Airport,” said Manzanero. “The screening is taking place on all travellers that are coming in, Chinese nationals, travellers on a whole, Belizeans coming back, so we just need to see where they are coming from to get their travel history and know that these are the individuals we can follow up and have a contact tracing on them,” Manzanero added that they see the need to meet with other stakeholders as it is not only a health issue.
While Belize has not registered a large loss of lives associated with the flu, several strains have made headlines in recent years, including that of H1N1 Flu (Swine Flu). An interesting case saw six persons dying at the Karl Heusner Memorial Hospital in Belize City between October 2015 and January 2016. The fatalities are believed to be linked to the flu as patients exhibited influenza symptoms. A sample was sent for testing at the Caribbean Public Health Agency returning positive for H3N2, a subtype of virus that causes flu. It is increasingly abundant in seasonal influenza, contributing to deaths worldwide.
MOH stresses practicing good hygienic methods and to look after the young and elderly. They also encourage everyone to get their yearly flu vaccine, available free of cost, at any government health facility countrywide.

Letter to the Editor: Opening Address for Senior Citizen’s Week