The worldwide travel industry has been hard hit by COVID-19, a new type of coronavirus first identified from a pneumonia strain by Chinese authorities in Wuhan City in Hubei province China on January 7th. Since then the virus has spread to 74 countries, including our neighbor Mexico. In Belize, our Ministry of Health (MOH) admits it’s just a matter of time before we confirm our first case of this new and deadly disease.

With the reduction in demand for fuel for transportation and other services offered by the hospitality sector, COVID-19 has also hit the petroleum industry hard, with oil-producing countries being forced to curtail production or accept a steep drop in oil prices from a supply glut.
As the Government of Belize (GOB) hunkers down to weather this economic storm and its impact on the tourism sector, it has managed to find the funds to budget $900,000 for the Ministry of Health to fight COVID-19, whenever it reaches Belize. Cabinet green-lighted the $0.9 Million budget for MOH’s anti-COVID-19 battle when they met in Belmopan on Tuesday morning, March 3rd, and Minister of Health Hon. Pablo Marin announced the MOH’s battle plans at a press conference immediately after the Cabinet meeting. 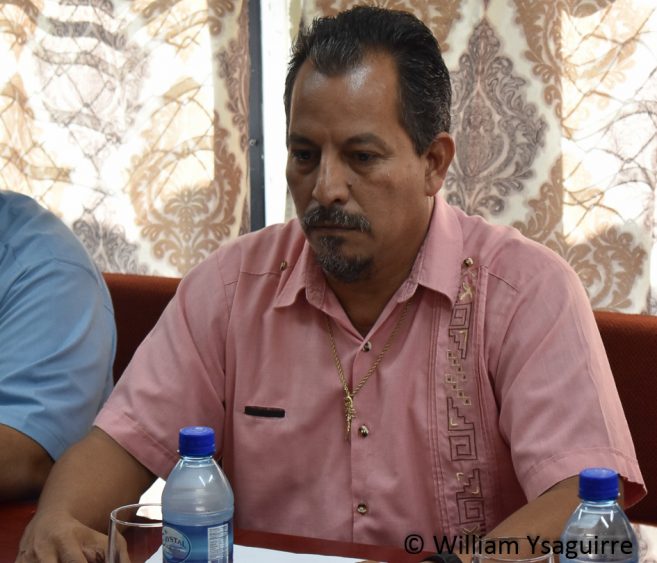 Belize tourism stakeholders welcomed GOB’s decision for no travel bans, or even health screening of visitors at ports of entry, which Minister Marin admitted would just be a tedious waste of time and resources and would not work. Part of the problem is that even for the confirmed cases, 80% of them showed almost no symptoms. The experience of the Dominican Republic was that bans and screening were ineffective and would only induce visitors to lie about the countries they had visited. So far, the only travel restriction the MOH imposed a month ago was for people travelling from China, and Marin said it would not be practical to extend this ban to any other country. 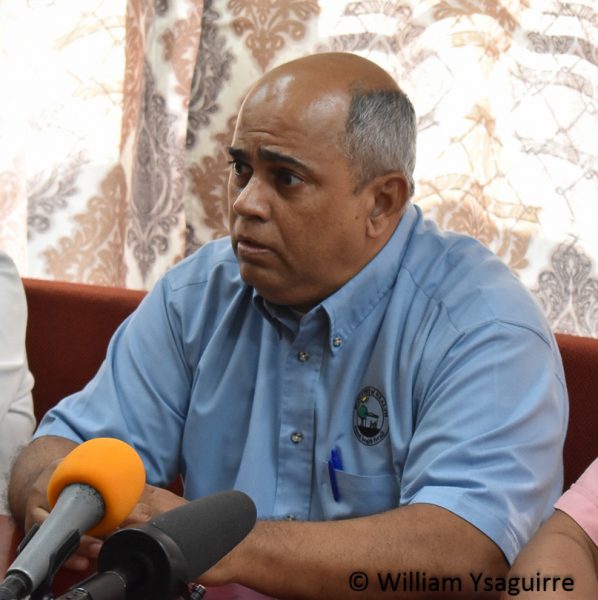 If $900,000 sounds like a lot of money, it is a measure of how seriously the Government of Belize takes this disease which has (at time of print) infected 91,783 persons, of which 3,123 have died as confirmed by the World Health Organization (WHO). The WHO Director General declared it a public health emergency of international concern and the United States health authorities say they are facing a pandemic
Marin called on the nation to accept that COVID-19’s arrival in Belize is inevitable, but hopefully, we may only have one or two confirmed cases. In the Americas, COVI-19 has reached the United States, Canada, Brazil, Ecuador, the Dominican Republic, Saint Barts, and Mexico.
The MOH press briefing was aimed to educate and inform the public, and to dispel rumors that might cause public alarm and panic. Marin was a matter of fact as he outlined MOH’s battle plan to fight the diseases. He said MOH has the workforce and adequate resources in all four health regions, Northern, Western, Southern and Central – Belize City, to deal with COVID-19 when it arrives. 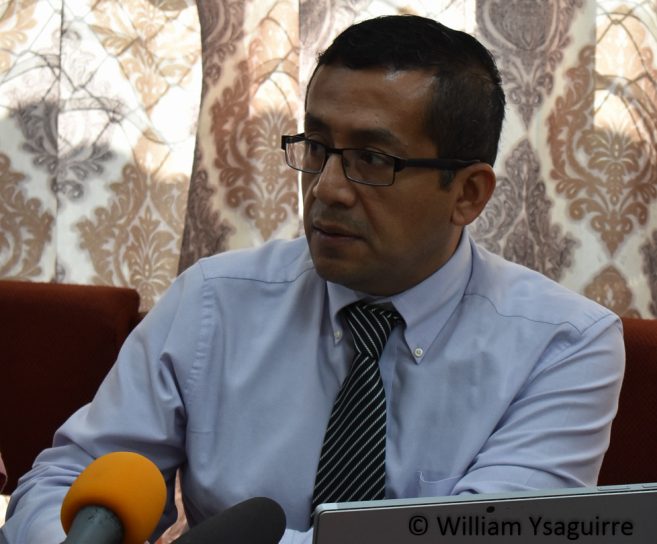 Part of the $900,000 has already been spent to buy the equipment that will be needed, Director of Public Health Services Dr. Marvin Manzanero explained. Part of it will go to training health workers on the proper protocols to handle this contagion. He likened it to preparing for a hurricane; you can have one plan to deal with a Category One storm, but those plans will go out the window in the event of a Category Five storm. The same with COVID-19, MOH’s battle strategy will have to be tailored to the size of the outbreak.
Manzanero said the ministry has an influenza preparedness plan, which defines the levels of affection MOH has. He compared the MOH response to how NEMO might respond to a hurricane. The major hospitals can’t be isolated and sealed off to only treat COVID-19 infected persons because the disease can’t be treated through the out-patient clinics. If a large part of the community gets sick, the Ministry would have no choice but to treat those infected persons in their homes. But they are hoping that initially there may be only one or two cases, who will be isolated in an Intensive Care Unit which can accommodate up to four patients, once COVID-19 is confirmed. The aim is to prevent the spread of the infection once it arrives.
The Corozal hospital was a case in point, as the doctors there don’t seem to be able to identify an area within the hospital which can be isolated as a quarantine area. Their alternative, in the event they were to need to handle COVID patients would be to cordon off the NHI clinic, which would then become the COVID-19 treatment center for the Northern Heath region. If they had so many cases that they needed to isolate the entire hospital, then another facility would have to be set up to deal with the outpatients. Alternatively, health authorities might set up a make-shift hospital, perhaps in a hotel or a BDF camp to deal with COVID-19 patients and keep them away from the healthy populace. In the event of a massive outbreak, Belize would need to seek outside help.
The MOH staff has been working overtime to work out the budget, following international protocols, which Minister Marin took to Cabinet explained Manzanero. Health workers in all four health regions have been working long hours since January to get the Belize health system ready to handle this threat, and Manzanero took a moment to extend his heartfelt thanks for their hard work. If necessary, in a critical, worst-case scenario, MOH might need to pool all government resources. 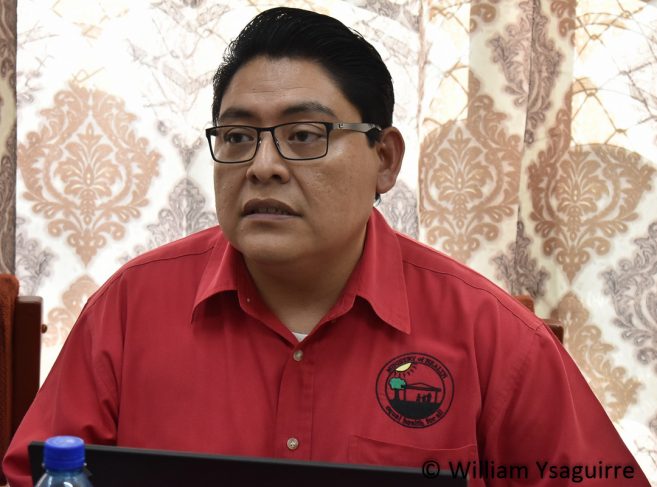 MOH’s top epidemiologist Dr. Russell Manzanero explained that as most infected persons hardly showed any symptoms, MOH hopes to treat such cases at home, so they can’t infect others. Those severe cases, who might need oxygen or assistance in breathing, would have to be referred to the Karl Huesner Memorial Hospital. MOH has already informed the KHMH authorities of this protocol, and KHMH has prepared its Intensive Care Unit for this to become their isolation ward. MOH is setting up ICU’s for each of the four health regions, with the equipment and trained internists, to handle such a possibility. 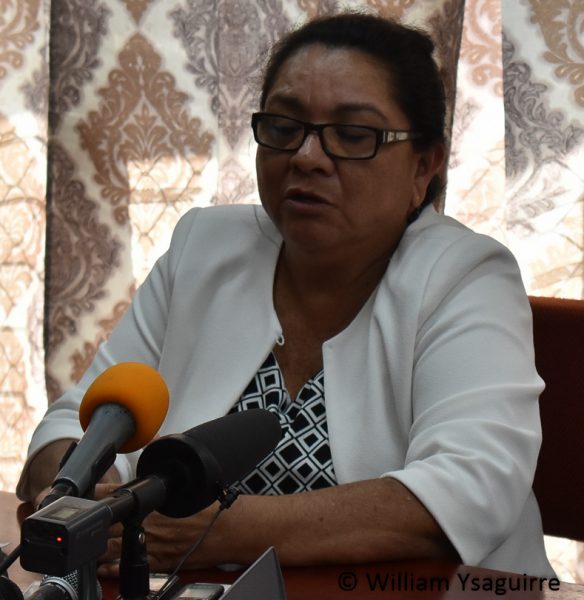 Epidemiology surveillance manager, Nurse Lorna Perez explained that the frontline medical staff have established guidelines and protocols under their influenza contingency plan. People with cough and flu symptoms are being separated from the other out-patient and sent to a separate area for treatment. This is a protocol established to reduce the number of persons exposed should they do have to care for a patient with COVID-19.