The charming Jenelli Fraser is in Bangkok, Thailand, where she is set to compete in the 67th edition of the Miss Universe pageant. The pageant will be held on Sunday, December 16th, airing live at 7PM on FOX (Channel 15 on Coral Cable Vision in San Pedro). Fraser, along with 93 other contestants from around the world, have been preparing arduously for the grand event. With millions of viewers expected to watch the pageant, Fraser’s confidence, intelligence, and outstanding personality have been gaining popularity both locally and internationally. 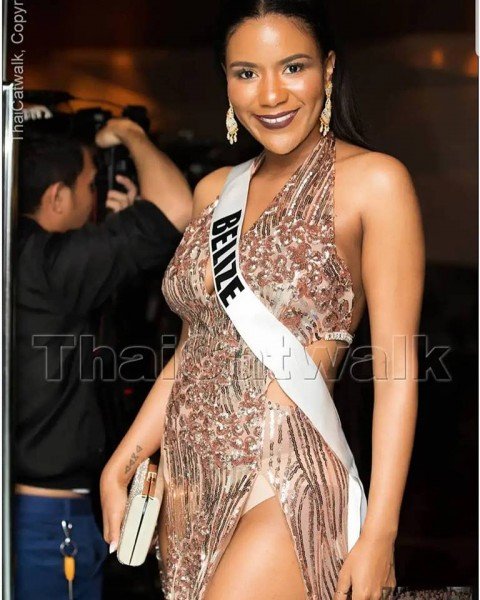 Since her arrival in Bangkok, Thailand, Fraser has been sharing her energetic personality and smile everywhere she goes, making friends with other contestants, participating in various events and shining brightly. She even had the honor of meeting with the Prime Minister of Thailand Prayut Chan-o-cha. 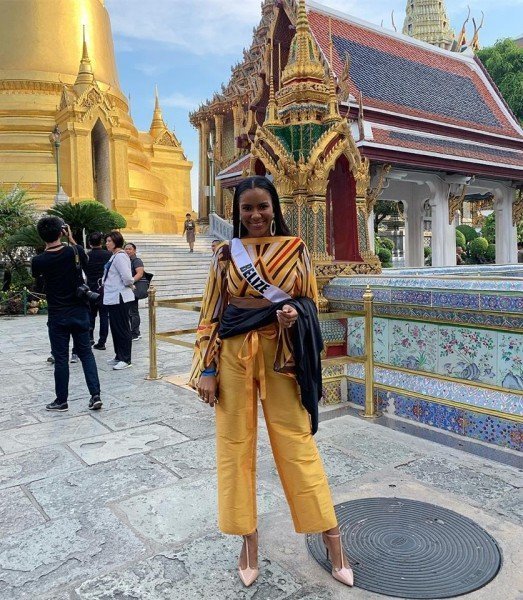 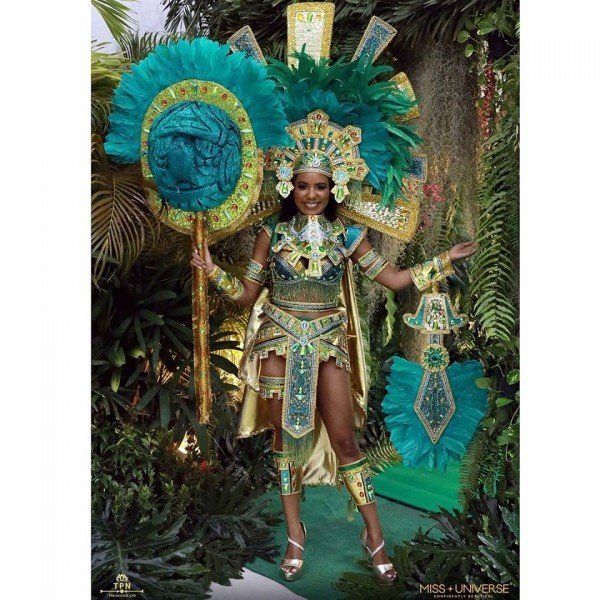 Fraser then participated in the Preliminary Competition, where she competed in the swimwear and evening gown segment in front of a panel of preliminary judges on Thursday, December 13th. The scores from the night’s event, along with an interview portion will help determine the Top 20 during the Miss Universe broadcast. 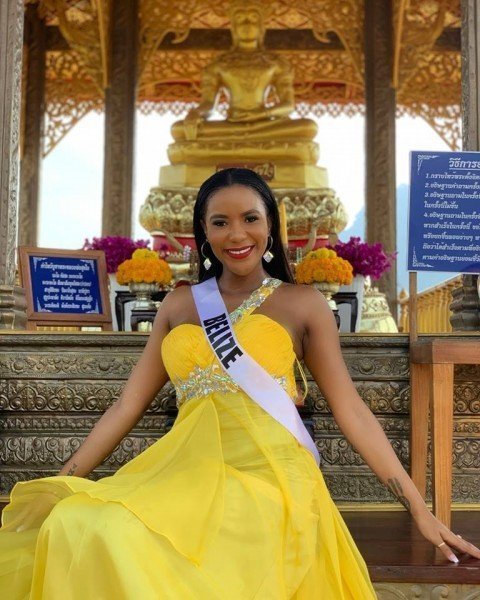 This year’s Miss Universe Live show will kick off with the announcement of the top 20 Semifinalist. The top 20 will be picked in the same format as last year: the top five contestants of Europe, Africa, Asia, the Pacific, Americas and the ‘Wild Cards’ five girls selected from any region, these are who are deemed worthy of being in the Top 20. 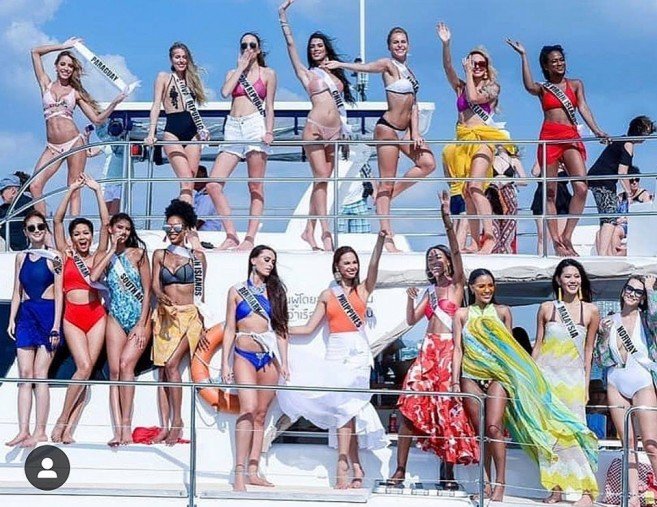 The host will then interview the 20 semifinalists followed by the swimwear segment. The scores from that will determine the Top 10. The top 10 semifinalists then move on to the second stage of the competition, which is the evening gown segment. The judges and fans will see the contestants’ style as they walk the stage in their evening gown of choice. However, the exact design of the gown does not count towards the total score and instead the judge’s focus on how confidently each woman presents herself. 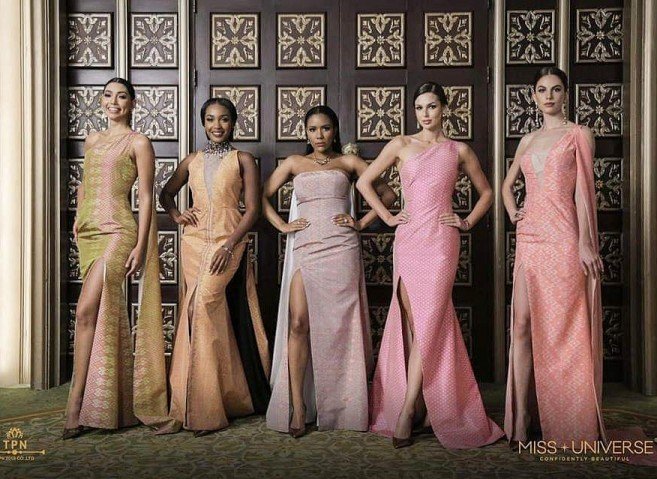 From the scores given in the evening gown competition, the Top five competitors are chosen, bringing them to the question and answer round. Each woman selects a judge at random who presents a question focused on various social, cultural and political topics. The question round determines the contestant’s ability to articulate themselves under pressure while sharing a thoughtful, well-informed response. Again, all scores are averaged, and the top three contestants move on to the final question and answer segment. As it is customary, the same question is asked to all three contestants. 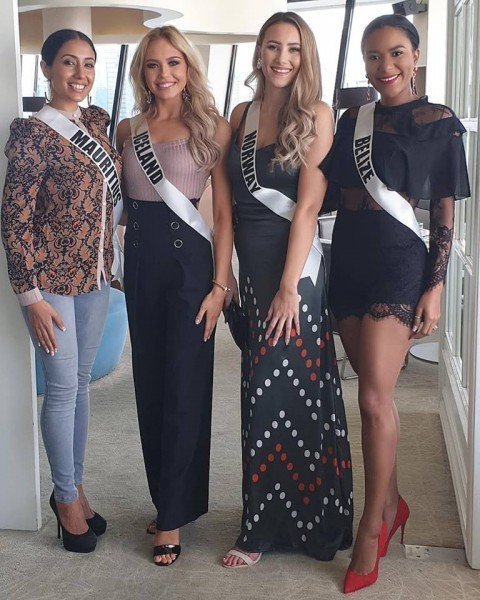 The 67th Miss Universe pageant will conclude with the host announcing the second-runner up, first-runner up and the winner. If the winner is unable to fulfill her duties, the first runner-up will take her place. 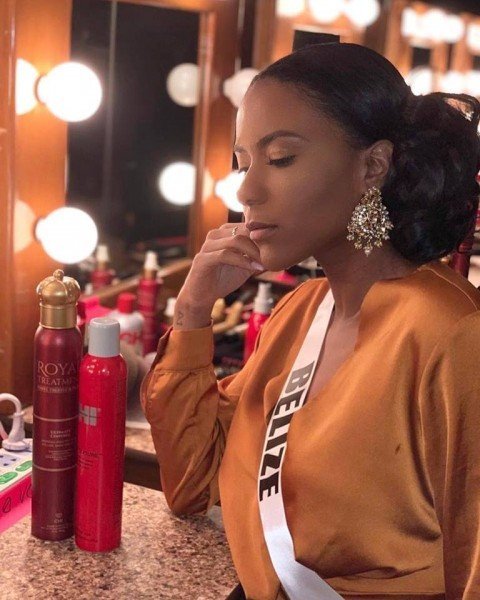 Miss Universe is the most important and prestigious beauty pageant in the world, as it empowers women to develop the confidence they need to achieve their personal best. “A confident woman has the power to make real change, starting in her local community with the potential to reach a global audience. We encourage every woman to get out of her comfort zone, be herself, and continue to define what it means to be Confidently Beautiful. The winner of the competition must be confident. She must understand the values of our brand and the responsibilities of the title. She must have the ability to articulate her ambition. A contestant should demonstrate authenticity, credibility and exhibit grace under pressure. The women who compete embody the modern, global aspiration for the potential within all women,” states the Miss Universe Organization. 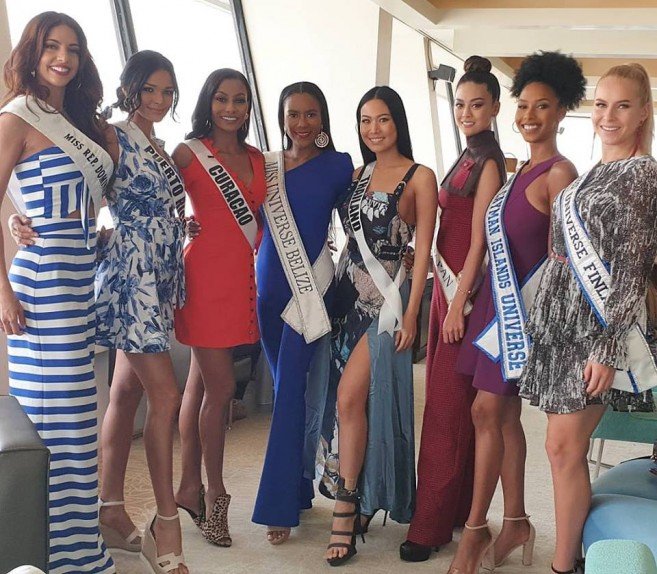 This year’s host is five-time EMMY Award-Winner Steve Harvey, alongside Body Activist and model Ashley Graham. Also, set to perform Live at the Miss Universe 2018 Stage is American singer/songwriter Ne-Yo.
Over the pageant’s 67-year history, Bangkok has hosted Miss Universe twice, in 1992 and 2005, with representatives of Thailand also capturing the crown twice in 1965 and 1988.
Fraser is giving her best in this year’s pageant as she wishes to break the 39-year-streak since Belize made it to the semifinals. In 1979, Sarita Acosta became the first and only finalist to date to make it to the top semifinalists in Perth, Australia. To keep up with everything the contestants are doing, you can follow Miss Universe on Facebook, YouTube, Twitter, and Instagram. The San Pedro Sun wishes Miss Belize Jenelli Fraser the best of luck. As an excellent beauty ambassador, she is already a winner in the hearts of all Belizeans.