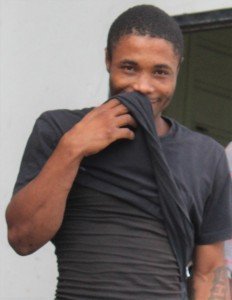 *23-year-old Jovani Augustine of San Pedro Town was charged on Thursday, August 15th with robbing $1,976.00 cash from the Registry Office on Treasury Lane in downtown Belize City. The incident reportedly occurred in April of this year.

According to an official report, a duo, believed to be minors, made their way into the Registry, which is in the vicinity of the Supreme Court. One of them was armed and held the Registrar, Triennia Young, at gunpoint and stole the cash property of the Government of Belize.

Four months after, police arrested and charged Augustine, a resident of the San Pedrito Area, with aggravated burglary and was arraigned at the Magistrate Court in Belize City.

According to reports, the incident was not noticed until they were seen running out of the building sometime after 6PM. During the court hearing, Augustine was unrepresented. He pleaded not guilty to the charge, but due to the nature of the offense, bail was denied and he was remanded to the Belize Central Prison until October 15, 2019. 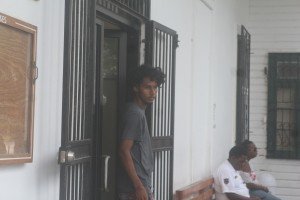 *19-year-old Gilberto Santos and a 16-year-old minor appeared at the Belize City Magistrate on Tuesday, August 20th, after San Pedro Police found them in position of a yellow chain cutter. Police on the island reported that on Sunday, August 18th, they found Santos and minor with the chain cutter at a place other that their home. As a result they were taken into custody and charged. Chief Magistrate Sharon Fraser ordered that a report be given for both Santos and the minor from a community rehabilitation officer before she decides what sentence they should get. They were denied bail and remanded until October 1, 2019.

It takes a community to fight crime!