The Opposition of the United Democratic Party protested without police authorization


As confirmed in a zoom interview with reporters yesterday, August 22nd, by Chairman of the United Democratic Party (UDP), Senator Michael Peyrefitte, a protest took place in Belize City on Tuesday, August 23rd, against the current administration under the People’s United Party (PUP). Even though the Belize Police Department did not approve to conduct the demonstration, it went uninterrupted and with no incidents. 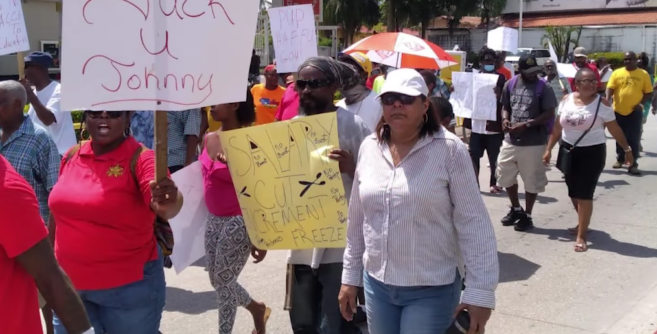 According to Peyrefitte, the protest was planned to voice dissatisfaction with the high cost of living, fuel prices, and even crime. The protesters marched, chanting, “ lower the gas price, lower the cost of living, life haad out ya, we need relieve.” The demonstration started around 10AM through Central American Boulevard and headed to the Shell Gas Station owned by Prime Minister Honourable Dr. John Briceño and his family. The protest was led by the Leader of the Opposition and the UDP, the Honourable Shyne Barrow, Senator Peyrefitte, past UDP minister John Saldivar and a sizable group of people. 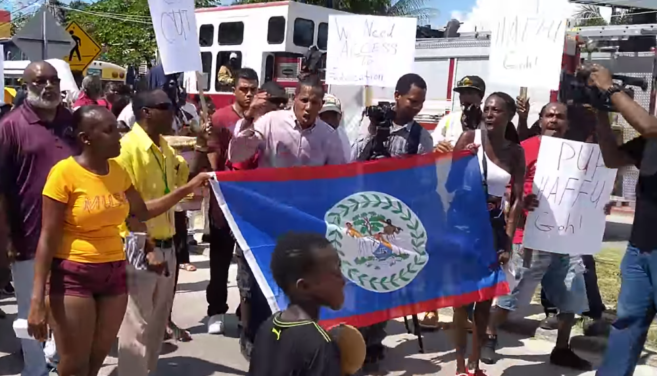 Many of the protesters interviewed said the cost of living is getting out of control; they want the current PUP government to do something about this matter. They encourage Belizeans across the country to stand up and demand better governance and solutions.
UDP Leader Barrow said it was enough and announced more protests to come. “This is the first of many, this is just the beginning; we call on all Belizeans, the Unions, to join these protests for the sake of Belize,” Barrow said. He wished for a government that could take into consideration the quality of people’s lives and administer the taxpayer dollar for the benefit of Belizeans. 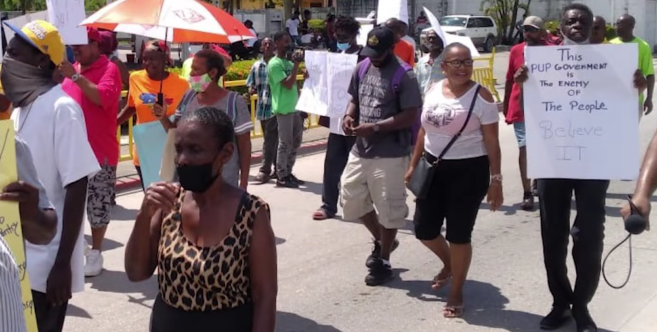