San Pedro sailors continue to put our island and country on the map. This time, two sailors from the island, Kevin Velasquez (14) and Caroline Sersland (12), participated in the 2016 Canadian Olympic Regatta taking place in Portsmouth Olympic Harbour in Kingston, Ontario Canada. The young athletes have been sailors for quite some time now, and have been training at the San Pedro Belize Sailing Club, which facilitated their participation in the event. 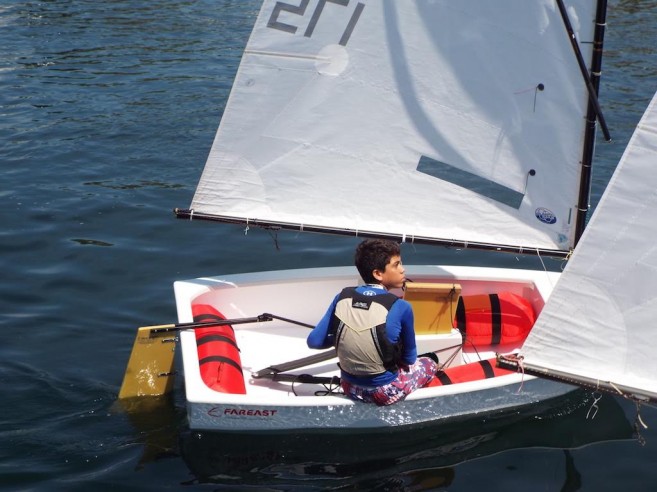 Both Velasquez and Sersland were top finishers in the National Optimistic Championship Regatta in Corozal Town last year. Velasquez captured first place along with the Sailor of the Year award, while Sersland won second place. Due to their excellent showing in the 2015 sailing season, both sailors were ideal candidates for the 2016 Canadian Olympic Regatta.
At the opening day of the competition in Ontario on Friday, August 12th, the young sailors braved 26 to 31 miles per hour winds and four foot waves to race against an international field. The competition proved to be a tough one, forcing 29 out of the 65 competitors to either quit or not be able to finish due to weather conditions. However, Velasquez was among the sailors that did not give in. He gave it his all, capturing the 11th place among the 36 remaining competitors. Meanwhile, in Sersland’s group 17 sailors were not able to complete the race due to the weather. Just like Velasquez, quitting was not an option for her, and she took 18th place among the 29 who were able to finish the race. According to Forrest Jones, International Events Coordinator for the San Pedro Sailing Club, finishing in the top 20’s in regattas of this calibre demonstrates high ability and achievement. That was exactly what the Belizean competitors did. 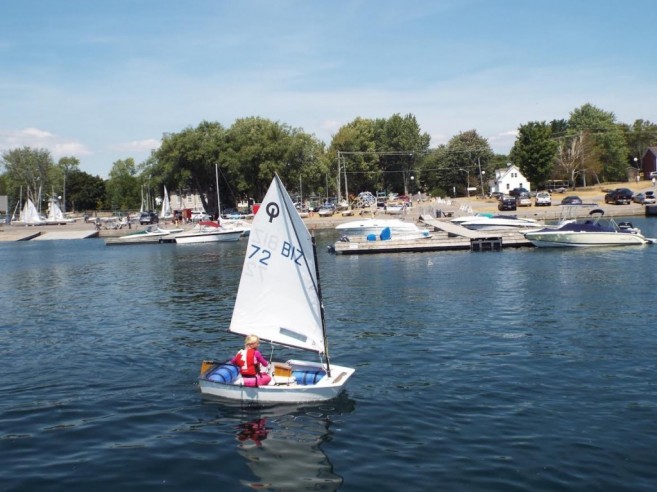 During the second sailing day on Sunday, August 14th, Velasquez gave an amazing performance as he tacked and trimmed his boat to finish in 7th place overall, out of 127 other international competitors. The only sailors to top him were those from the USA and Bermuda. In the meantime, his Belize Sailing School team-mate, Sersland finished 10th in her fleet. This was not enough for her to continue in the competition as in these international youth regattas, the committee uses the results of the first several days of the competition to determine the fleets.
Sersland ended in 16th place overall on the first day, she could not hold that score for the remaining of the competition. She had been put in a fleet that included sailors who had not made the top half in the previous days of the competition.
However, not all is bad news, as Sersland still has three more years at the Optimists level. Her coach indicated that in two years from now, the results will be as impressive as her team-mate Velasquez.