The San Pedro Pirates F.C lost their last home game of the regular season of the Premiere League of Belize (PLB) at the Ambergris Stadium in San Pedro Town on Saturday, March 31st. The island team fought hard to win against the current champions of the PLB, Verdes F.C, but when the long whistle was blown it was a victory for them with a 1-0 point score. 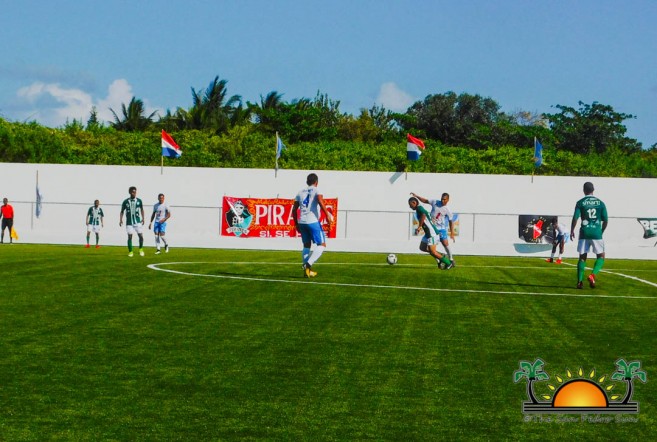 The match began at 3PM with both teams determined to take the victory. During the entire the match, both teams had control of the ball equally. When the first half came to an end the scoreboard was empty. 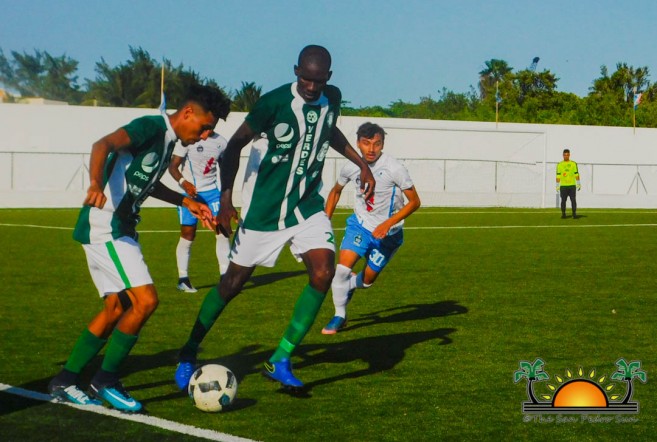 The second half once again saw both teams going on the offensive with neither team allowing the next to score. Fans loudly cheered, demanding a goal. It wasn’t until minute 54 that Verdes’ Alcides Thomas met the fans demand and nailed the first goal for his team. With the visiting team on the lead, the Pirates’ responded with several close attempts but all were unsuccessful. When the long whistle was blown it was a 1-0 victory for the Verdes F.C. 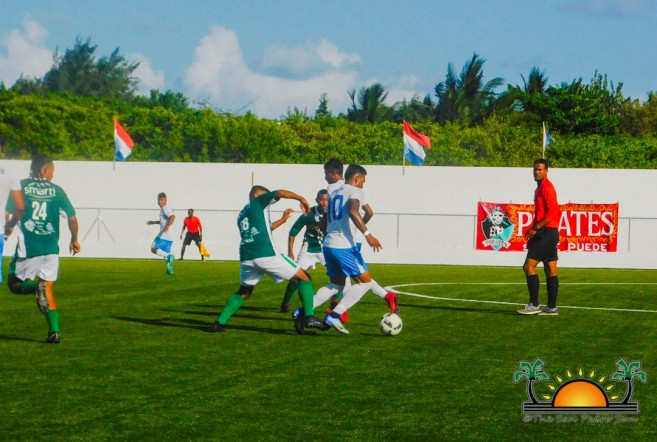 The current standings of the PLB have Belmopan Bandits at the top of the chart with 29 points, followed by Verdes F.C with 26 points and Police United F.C with 19 points. Following the top three teams is Belize Defense Force with 17 points and San Pedro Pirates with 15 points. Freedom Fighters has 12 points and Dangriga Wagiya F.C has 11 points and at the bottom of the chart is Placencia Assassins with 10 Points.

The San Pedro Pirates have two more matches to play before the regular season of the PLB comes to an end. In order for the island team to make it to the semifinals, they need to win both remaining matches. For the next match, the San Pedro Pirates will be traveling to Punta Gorda Town, Toledo District to face the Freedom Fighters on Sunday, April 8th. The game is scheduled to start at 4PM at the Victor Sanchez Union Field. Their last match of the regular season will be against Dangriga Wagiya F.C at the Carl Ramos Stadium in Dangriga Town on Sunday, April 15th. For more information on how to accompany the Pirates as a fan, you may contact 629-6770.