For the 11th week of the Premiere League of Belize (PLB), the Belize Defense Force (BDF) F.C hosted the San Pedro Pirates F.C at the MCC Grounds. With BDF controlling the match from the beginning, it was a clear victory for them with a 4-0 point score when the end whistle was blown.
The match began at 4PM, with BDF controlling the match and scoring the first goal at minute 34, courtesy of Jaren Lambey. The game continued with crosses and passes and the first half come to an end with no more goals. 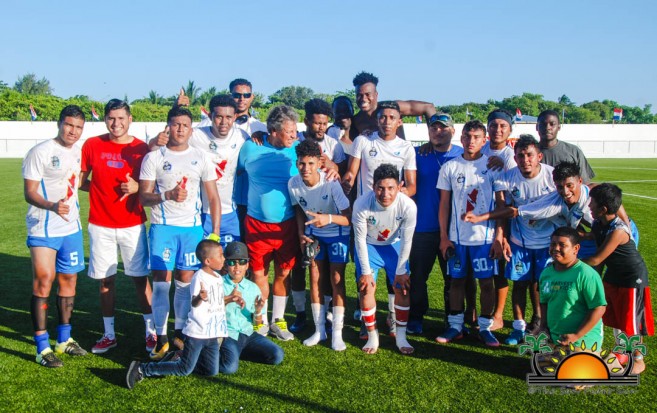 In the second half, BDF aggressively returned and within the first minutes, Trimayne Harris netted another goal for his team. Not satisfied as yet, three minutes later, Harris scored another goal. The match then saw San Pedro Pirates responding with close attempts to score but none successful. In the three extra minutes given, at minute 93, BDF’s Kelker Palacio scored another goal for his team. The long whistle was then blown with the victory going to the home team with a 4-0 score.
The current standings of the PLB have Belmopan Bandits at the top with 26 points, followed by Verdes F.C with 22 points and Police United F.C with 17 points. Following the top three teams is BDF with 16 points and San Pedro Pirates with 15 points. While Freedom Fighters has 12 points and Placencia Assassins has 10 points. At the bottom of the chart is Dangriga Wagiya F.C with eight points.
For the next match, the San Pedro Pirates will be playing a home game against Verdes F.C on Sunday, April 12th. The game is scheduled to start at 3PM at the Ambergris stadium in San Pedro Town. Everyone is invited to come out and support the island team in their last home game of the regular season of the PLB. Food and drinks will be on sale during the game.