The San Pedro Pirates F.C suffered another home loss against the Belmopan Bandits on Sunday, March 11th at the Ambergris Stadium in San Pedro Town. The island team fought hard to win but at the end of the heated match, it was a victory for the visiting team with a 4-3 point score. 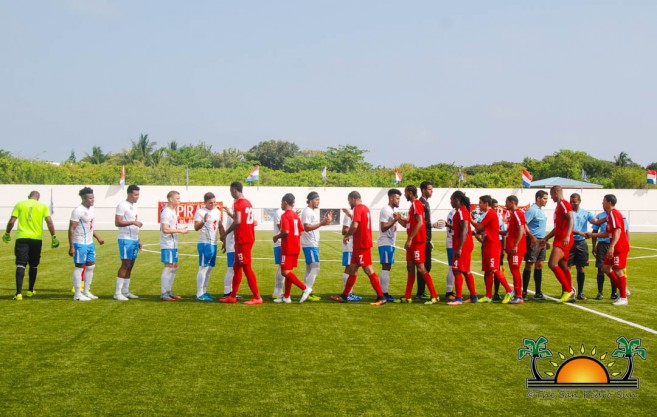 The game began at 3PM, with Belmopan Bandits instantly taking control of the ball. In the fourth minute, they scored their first goal courtesy of George Welcome. At minute 13, the Bandits’ Hector Martinez nailed another goal for his team. The Pirates put their defense to the test, and soon both teams began controlling the ball equally, and there were no more goals before the halftime break. 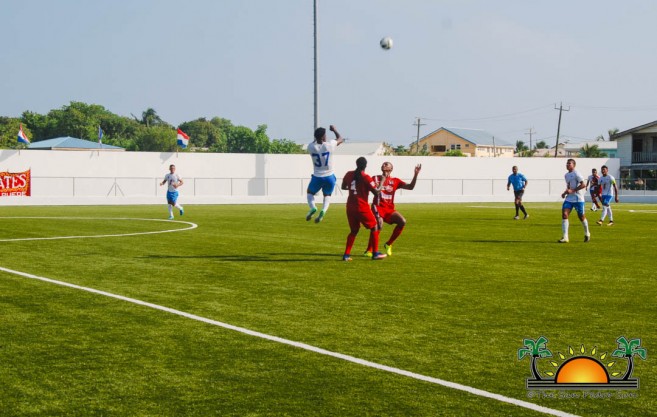 The second half once again saw the Belmopan Bandits controlling the match, and in minute 62, Martinez once again found a way to net another goal. Not satisfied, Martinez scored another goal for his team a mere two minutes after. With a 4-0 loss looming, island fans demanded a response from their home players. The Pirates responded with close attempts but no solid scores. It wasn’t until the last 10 minutes of the match that things changed in favor of the Pirates. At minute 87, Pirates’ Jesse smith scored the first goal for his team. Right behind him was Carlos Terrera who netted another goal for the Pirates at minute 88. At minute 90, Pirates’ Mario Chimal scored a third goal. However, victory slipped away as time was up, and the long whistle blew, with the 4-3 win going to Belmopan Bandits. 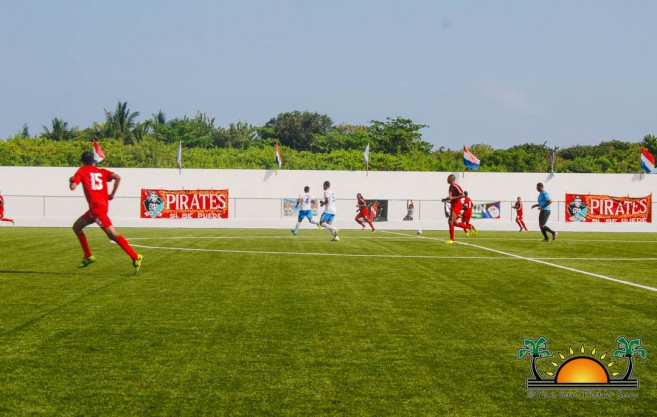 The current standings of the PLB has Belmopan Bandits at the top of the chart with 23 points, followed by Police United F.C with 17 points and Verdes F.C with 16 points. Following the top three teams is Belize Defense Force with 13 points and San Pedro Pirates with 12 points, While Placencia Assassins F.C have 10 points and Freedom Fighters has nine points. At the bottom of the chart is Dangriga Wagiya F.C with two points.

For the next match, San Pedro Pirates will once again be playing home but this time against Placencia Assassins on Sunday, March 18th. The game is scheduled to start at 3PM at the Ambergris Stadium in San Pedro Town. Everyone is invited to come out and support the island team for their home game. Food and drinks will be on sale during the game.