San Pedro Pirates F.C hosted the Belize Defense Force (BDF) for their third match in the Premiere League of Belize (PLB) 2018 Season at the Ambergris Stadium in San Pedro Town on Saturday, August 25th. Despite the inclement weather, the match took place, and at the final whistle, the visiting team managed to claim the victory with a 1-0 point score. 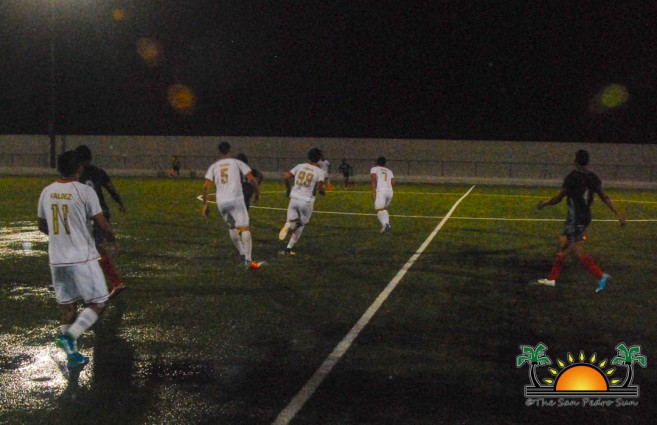 Although there was heavy rain, thunder, and lightning, the match began promptly at 7:30PM with both teams determined to take the victory. At minute eight, BDF’s Dinsdale Rogers found his way and nailed a goal for his team. The match continued with both teams making close attempts to score, but all tries were unsuccessful. With no sign of another goal, the first half came to an end with BDF leading 1-0. 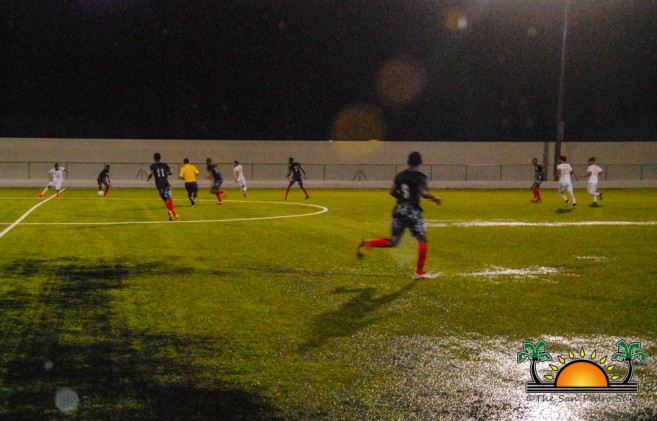 After the break, the match saw both teams aggressively hunting for more goals, but due to the weather and wet field, attempts were unsuccessful. The long whistle was then blown, with a victory of 1-0 to the Belize Defense Force. 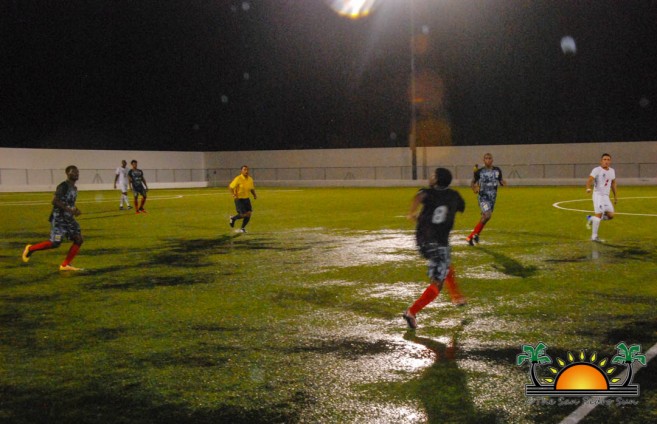 Head Coach of the San Pedro Pirates F.C, Renan Couoh told The San Pedro Sun that he is proud of his team’s hard work, despite the results. “It was a tight match, and my team did a good job. I have also seen an improvement in various areas. We will continue to practice harder to win a home game this upcoming weekend finally.” 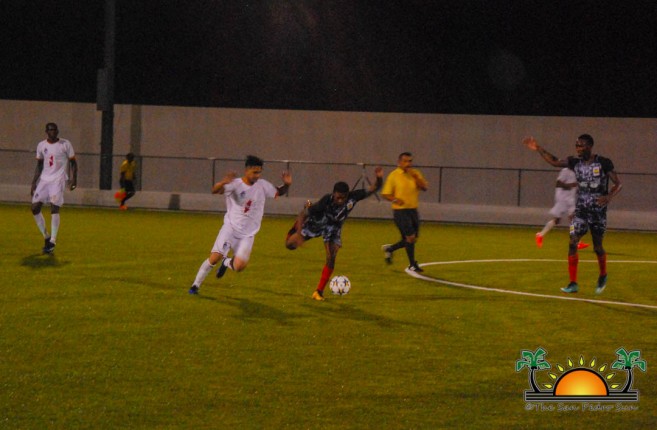 The current standings have Belmopan Bandits at the top of the chart with 10 points, followed by Police United Verdes F.C with nine points and Wagiya F.C with six points. Following the top three teams is BDF with four points. San Pedro Pirates F.C and Altitude Assassins F.C have three points each, and yet to make it on the chart is Freedom Fighters.

For their next match, the San Pedro Pirates will be playing another home game at the Ambergris Stadium on Saturday, September 1st against Verdes Football Club. The game is scheduled to start at 7:30PM. All islanders are invited to come out and support the home team. Food and drinks will be on sale during the game.