Thursday, July 25th has been set for a fantastic Mixed Martial Arts (MMA) fight night in San Pedro Town, with nine matches featuring fighters from Belize, Mexico and the United States of America. The event, dubbed ‘Island Takeover,’ will include three Jiu-Jitsu and six MMA combats. The event is scheduled to start at 6PM at the Angel Nuñez Auditorium. 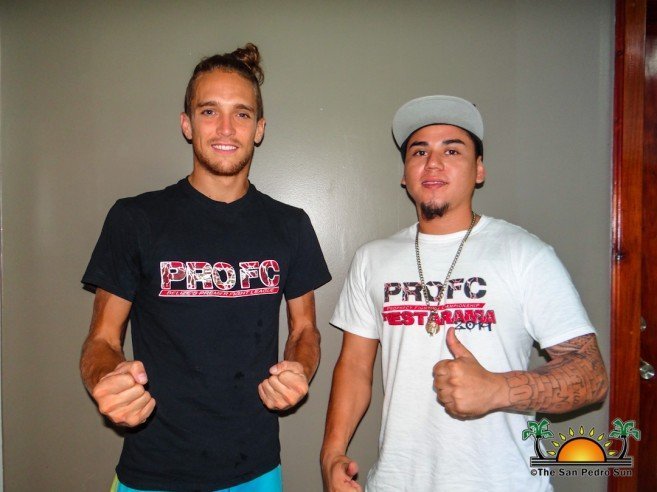 The event, organized by the PRO FC- Belize Mixed MMA League, will include a co-main event and the main event, along with a female match. Two of the fighters representing Belize, Bryce Peterson, and Jash Caballero, shared with The San Pedro Sun that they have been arduously preparing for this fight night and are confident that they will represent well. It will be Caballero’s first fight, and he said that he has been looking forward to this moment. He loves the sport and has been preparing for years to have the opportunity to compete in MMA.
Peterson will be competing in the co-main event against Leonel ‘Bad Boy’ Cetina for the Bantamweight Championship. “It takes a lot of dedication and discipline, and I am doing as much as I can to be fully prepared for my fight,” said Peterson. He stated that he has been improving his techniques and thanks to his coaches for the ongoing training. Peterson is an experienced MMA fighter. His last fight was in April in Orange Walk Town, where he also fought in the co-main event. He emerged victorious by way of a split decision in an intense match against Guatemalan MMA fighter Andy Rivas. 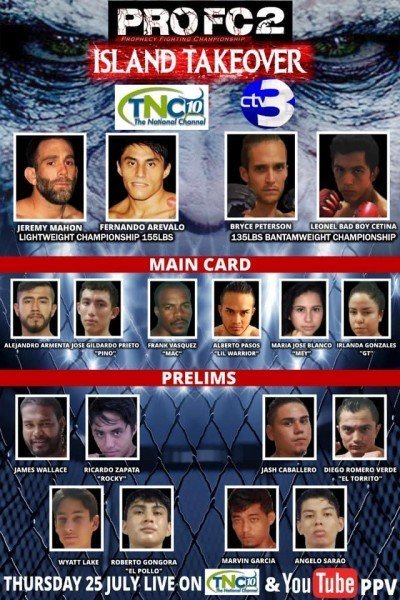 Both Caballero and Peterson invite the general public to come out and support the event, which is promised to be unforgettable. An official weigh-in ceremony is slated to take place on Wednesday, July 24th at the Palapa Bar and Grill.
Tickets are on sale, starting at $25 for general and $60 for VIP seats before the day of the fight. On the day of the event, general seats will go for $30 and VIP for $75. Purchases can be made at Herban Vape Lounge and Bar in downtown San Pedro.
Organizers would like to thank all sponsors for making this event possible, Xsite Belize Sailing and Adventures, Bowen and Bowen, Caribbean Queen Barge Co., The National Channel, Palapa Bar and Grill, Coral Cable, Wild Mangos, Gill –Es’ Pour House, The Truck Stop, Elvis’ Kitchen, Sidelines Island Pub, Aqua Vista Beachfront Suites, Captain Sharks, Blue Water Grill, Rocks Golf Cart Rentals, Coleman’s Barber Shop, Belize Caye Investments, Estel’s Dine by the Sea, Herban Vape Lounge and Bar, The San Pedro Sun, Crocs Sunset Bar and Grill, and Atlantic Bank Limited.