Island Mixed Martial Arts (MMA) fighter Bryce Peterson is back in Belize after representing the country at the PFC16 tournament hosted by Peak Fighting in Texarkana, Arkansas, USA, on October 23rd. Peterson fought in the Bantamweight bout against Zeke Wilson, giving his all through three solid rounds. The fight can be viewed at https://bit.ly/3mgIiK0.

Peterson entered the ring bearing the Belizean flag, hungry for victory and ready to do his best at his first international fight. He was on the offensive from the beginning of the match, trying to subdue Wilson. His opponent was not an easy one and proved to be a challenge for the island MMA champion. The fight had few striking moves other than a couple of kicks and punches. Grappling dominated most of the three rounds. 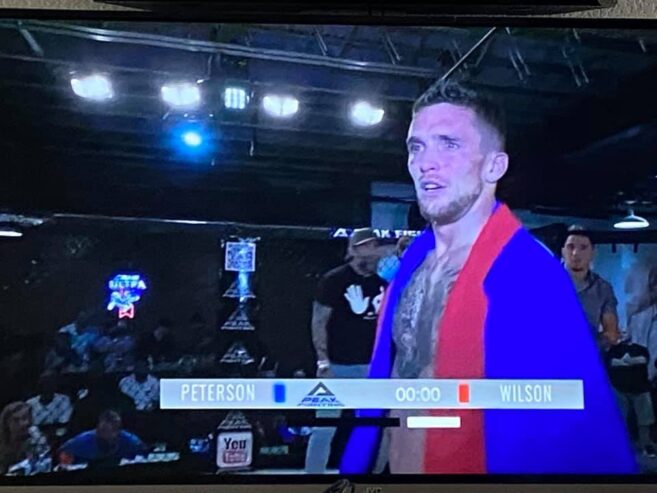 In the third and final round, Peterson attempted to land a swing kick but missed. Wilson took advantage of this moment and took Peterson to the floor. They clinched to each other and struggled until the end of the round. A moment after following the tallying of points, Wilson was declared the winner. Peterson later said that it was not the result he hoped for and congratulated his opponent. “I feel so blessed to have the outpouring of support, even in defeat,” he said. “It is an honor for me to represent Belize. I will be back, stronger and smarter.” Peterson said he learned much from this experience and is thankful for the opportunity.

Peterson thanks everyone who helped him prepare for the fight. A BIG recognition goes to the sponsors and his Sensei (trainer) Jeremy Mahon, for the guidance and support. He plans to continue training and staying ready as he hopes to get back in the ring to compete in the near future.

Letter to the Editor: Dr. Solorzano on Community Development
US students teach at local schools