After being postponed over the weekend due to the inclement weather caused by Hurricane Julia, the Premier League of Belize game between San Pedro Pirates and Belmopan Bandits took place on Wednesday, October 12th, at the Ambergris Stadium. The island team was determined to crush the Bandits with a well-structured offensive. 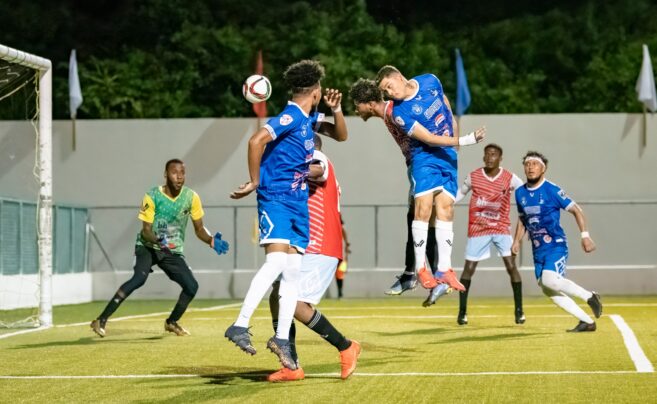 The ball started rolling at 7:30PM, and at minute 14, Pirates’ Horace Avila scored the first goal for his island team. The game remained 1-0 for the first half of the match, with Pirates attacking and Bandits defending their turf. 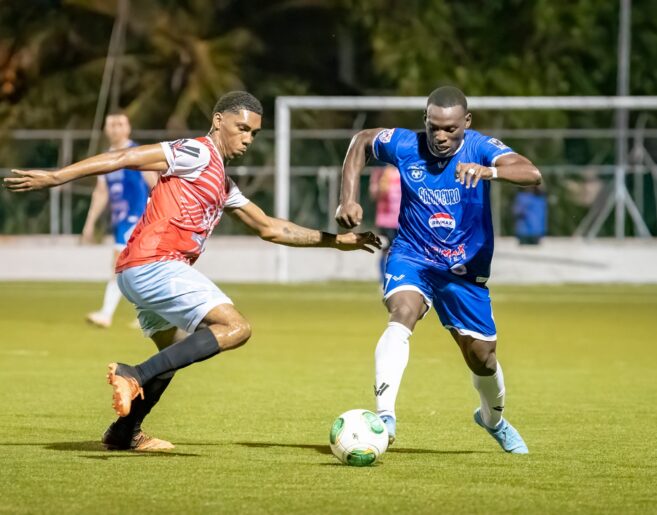 During the second half, at minute 59, San Pedro’s Avila once found the opportunity and netted the Pirates a second goal. Then at minute 63, Eric Izquierdo Roman turned the score to 3-0. Once one of the strongest in the country, the visiting team only managed to score one goal at minute 85 via a goal by Jaren Lambey. However, San Pedro Pirates were not done yet and sealed the game 4-1 at minute 90 with a fourth goal by Louis Valdez. 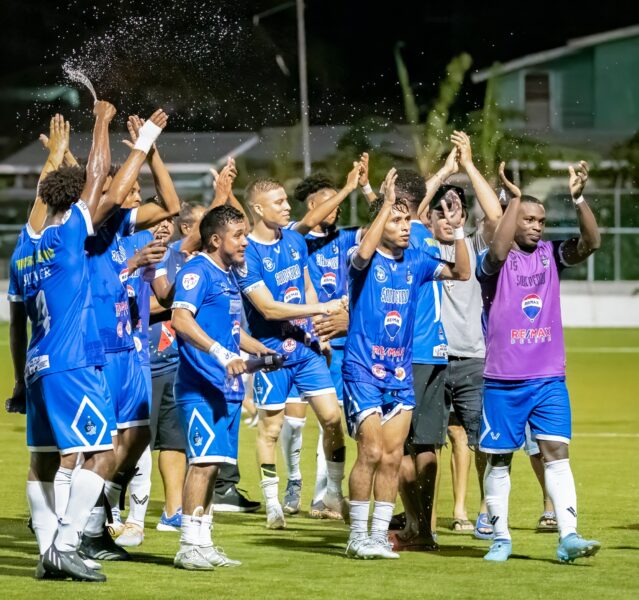 San Pedro continues in third place but will have the opportunity to change that ranking this Saturday, October 15th. The island boys will have the advantage of their home field again when they face Verdes at the Ambergris Stadium.

The San Pedro Pirates invite all the island fans to come out and support them this weekend. Tickets can be purchased in advance by contacting the team at their Facebook page https://www.facebook.com/sanpedropiratesfc.
Below is the status of all the teams in the current PLB tournament. 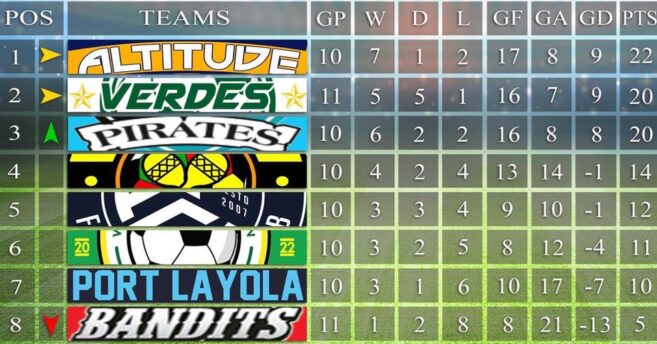