The San Pedro Pirates Football Club is preparing to play one of their most important games in the Opening Season of the Premier League of Belize (PLB) this Sunday, November 20th, at the Norman Broaster Stadium in San Ignacio Town, Cayo District. They will play their second game in the PLB’s semi-finals against Verdes FC, following a 2-2 draw match on Saturday, November 12th. 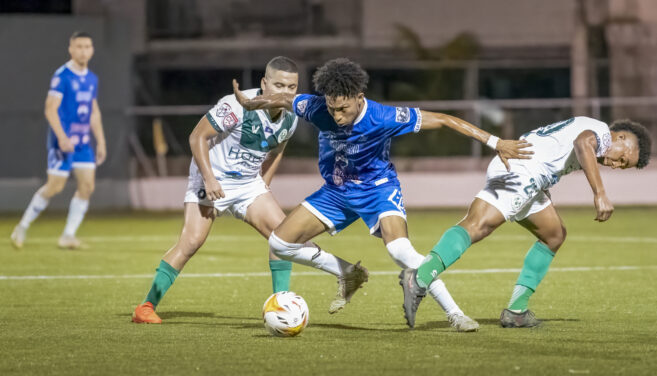 The game occurred at the Ambergris Stadium at 8PM in front of a jam-packed stadium full of San Pedro Pirates fans. The first 45 minutes of the first half of the game did not see any goals, although the visiting team, Verdes, controlled most of the match. Both teams made close attempts at the net but retreated scoreless to their locker rooms to prepare for the second half. 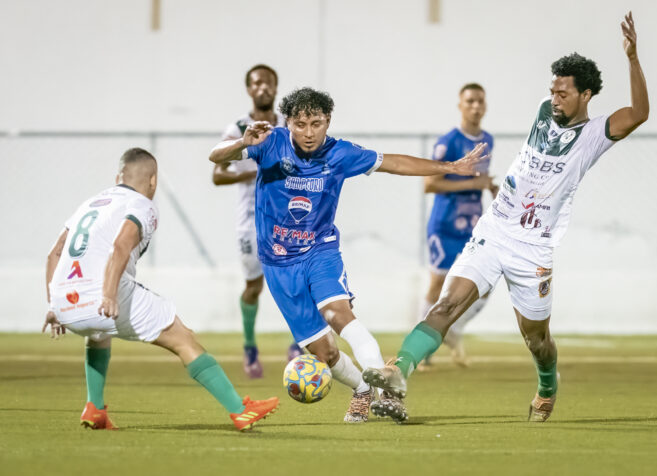 Verdes continued controlling the ball in the match’s second half; at minute 60, they scored the first goal, with Desmond Wade putting his team ahead in the semi-finals. The ambience in the stadium was tense. San Pedro fans were quiet, watching the game and bursting into loud cheers from time to time. Then 20 minutes after, the cheering became louder after San Pedro’s Andir Chi, via a header, evened the game 1-1.
The first of two play-off matches remained tied past minute 90. The injury time was five minutes, and while the 1-1 score prevailed the island team was determined to win. In the third minute of injury time (93), San Pedro’s Eric Roman beat Verdes’ defence and scored the second goal for the island squad. The stadium jolted as the fans roared, celebrating what they believed to be the winning goal for the Pirates. 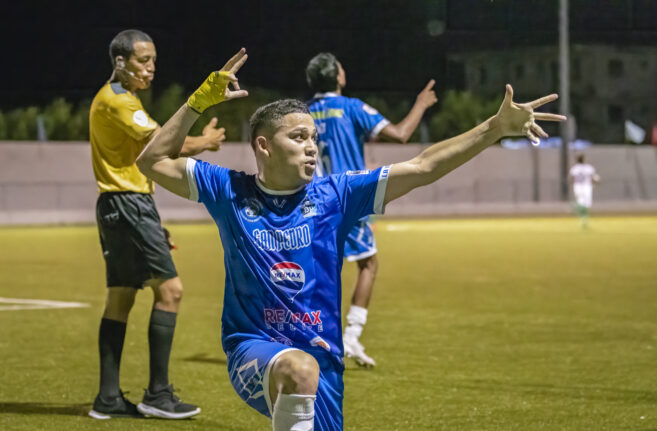 However, the celebration was short-lived as Verdes’ Krisean Lopez scored in the last minute of the injury time. It was a blow to the San Pedro Pirates and fans, who had to settle for the 2-2 draw. The game this Sunday will decide who advances to the finals. San Pedro must win to continue aspiring for the PLB’s Opening Season championship. 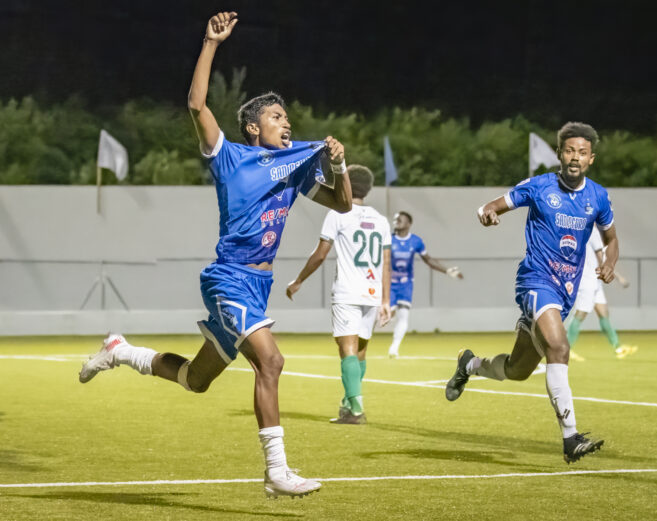 Other games over the weekend saw Altitude overcoming Progresso FC 2-1 at the People’s Stadium in Orange Walk Town.