The island football team, the San Pedro Pirates, hosted Verdes on Saturday, October 15th, at the Ambergris Stadium. It was a decisive game for the island boys to continue climbing the ranks in the Premier League of Belize (PLB) tournament. The Pirates almost succeeded in such a plan, but Verdes put up a fierce fight stealing the opportunity from the home team to climb the PLB ladder after a 2-2 final score. 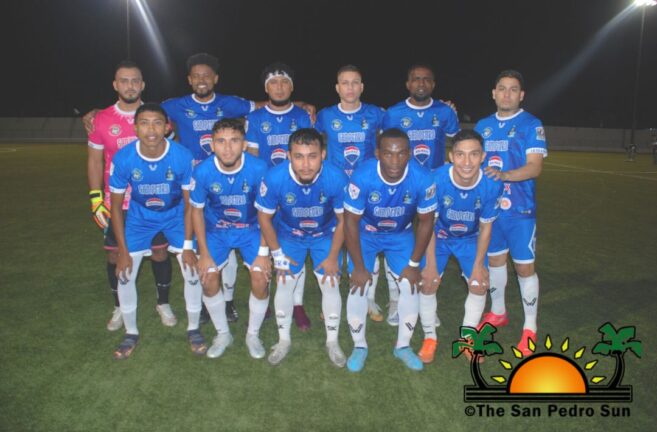 The game started at 8PM before a packed Ambergris Stadium. The San Pedro Pirates started leading with a goal by Mario Chimal in minute 7, defeating Verdes’ Woodrow West with a clean header. Following that first exciting part of the match, the game’s rhythm decreased, and the Pirates started to play more defensively. Verdes went on the offensive but could not penetrate the Pirates’ barrier, and the first half of the match ended 1-0 in favor of the island team. 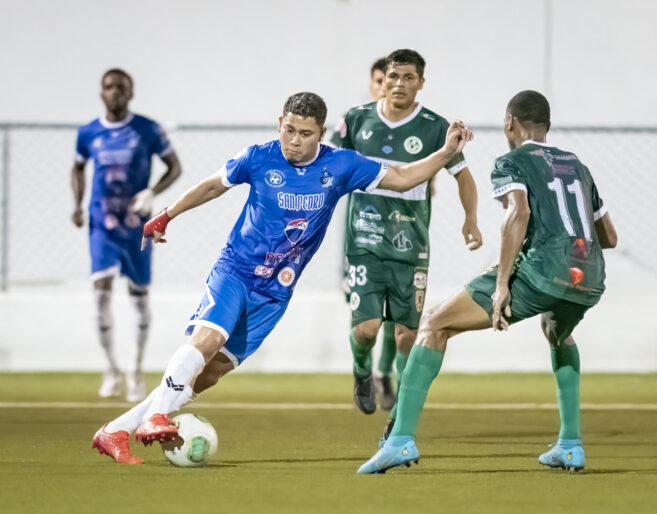 In the second half, Pirates’ Horace Avila netted the second goal at minute 57, giving his team a comfortable 2-0 lead. The game continued, and as the clock ticked closer to the last minutes in the second half of the game, the Pirates were smelling the victory. The fans grew louder, cheering on their team.

However, the island team could hold on to their 2-0 lead, and Verdes returned to tie the game. It was devastating for the island fans when the final score showed a 2-2 draw at the end of the long whistle. This unexpected result denied the Pirates from climbing to second place in the PLB rankings, remaining in third place. Verdes continue in second and Altitude in the first place.
Other games in the PLB competition saw Bandits overcoming Benque 3-2, Altitude beating Wagiya 2-1, and Progresso defeating Port Layola 1-0. 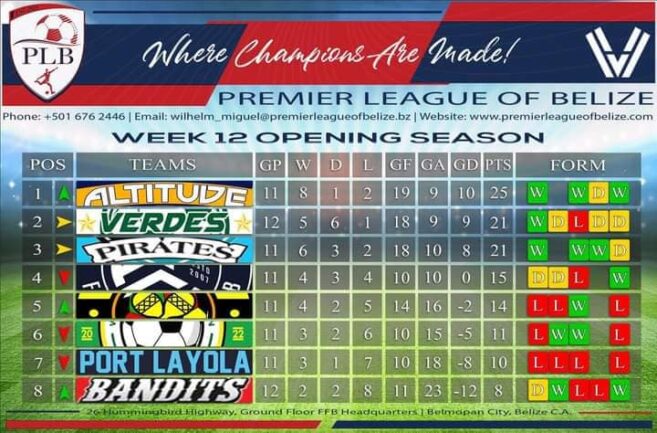 Games continue this weekend as PLB rolls into its 13th week of the current Opening Season of the tournament.