The Rafael A Nuñez Auditorium was the place to be on Friday February 28th as it was the venue for the first ever Reina Del Carnaval Pageant. The pageant was the second fundraising event to be held by Flor Ancona’s Carnaval Comparsas group. 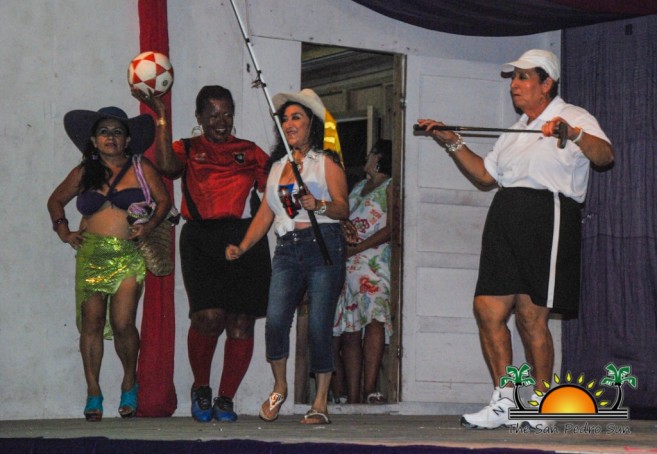 The show opened with a dynamic performance by the San Pedro Dance Academy who performed to a medley of upbeat song selections that set the atmosphere for the amazing show that would follow. As the night got underway Master of Ceremonies David Marin announced the lovely contestants that would be vying for the title: Sherlette Beslisle, Zeida Alamilla, Mel Spain, Shelly Huber, Edilma Aguilar Leal and Leonor Rosado. Tasked to judge the pageant were Lisa McCorkle Guerrerro, Melly Badillo and Einer Gomez who certainly had a tough decision at the end of the night. The packed auditorium was buzzing with the group of ladies guaranteed to deliver a spectacular show.


The contestants wasted no time in getting the show underway as they hit the stage in their sports wear. From football players, to fisherwomen, swimmers and softball players, the stage saw no shortage of athletes. The talent presentation followed right after. First to take the stage was Shelly Huber, dressed in a lovely Mestizo comparsas costume. She presented a monologue on the history of Carnaval, dancing and singing depicting the spirit of Carnaval. Following Shelly was the ever vibrant Sherlette who lit up the stage and had the audience going with her electric dance moves. Not long after, contestant number three Leonor Rosado, delivered not stop laughter to the crowd as her drama presentation and funny costumes illustrated the excitement that builds with the arrival of Carnaval. Edilma glided on stage serenading the crowd with her song presentation, while the lively Mel took the audience back in time with her as she presented a skit on her first experience of Carnaval in San Pedro. Contestant number six Zeida, closed off the talent segment with another dance number that the audience loved. 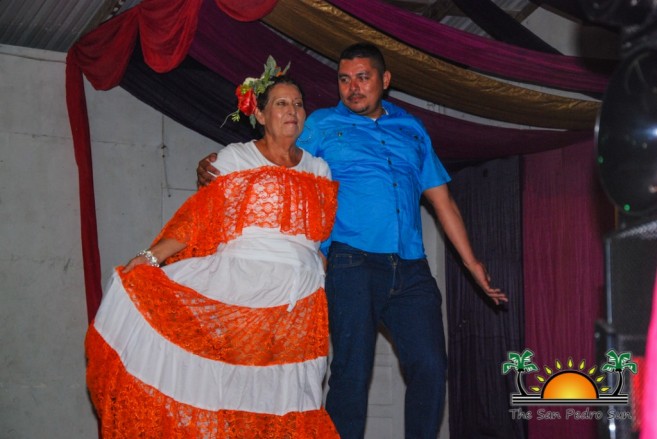 The endless laughter and applause rendered by the audience was definitely proof of a good show. The presentations that followed certainly kept spirits high as the San Pedro Dance Academy delivered another show stopping performance, followed by Revolution Dance Group and the Dream Team.
Then it was time for the evening wear segment.

Each beautiful lady dazzled the stage in her vibrant gown. Taking their final walk before the winner would be announced. As the moment drew nearer the ladies made their way back to the stage. Before the big moment, each of the ladies were awarded with presents and titles for their courage, hard work and dedication to keep the tradition of Carnaval alive. The title of Ms.Encouragement went to Shelly Huber, Ms. Enthusiasm went to Edilma Leal, Ms. Sunshine was received by Sherlette Belisle, while Mel Spain received Ms. Confidence, Leonor Rosado was named Ms. Popularity and Zeida Alamilla was named Ms. Photogenic. 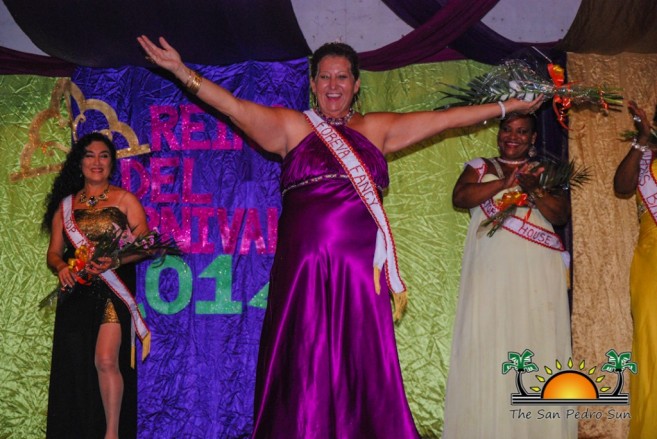 Then it was time for the main event of the evening. First runner up was none other than Ms. Courage Mel Spain, while the crown and first ever title of Reina Del Carnaval went to the vibrant Ms Popularity Leonor Rosado!

The San Pedro Sun would like to congratulate all the ladies for putting on a wonderful show, Flora Ancona and her group for a well organized event and of course big congratulations to Reina Del Carnaval 2014 Leonor Rosado!

Invasion Latina Concert to benefit a worthy cause