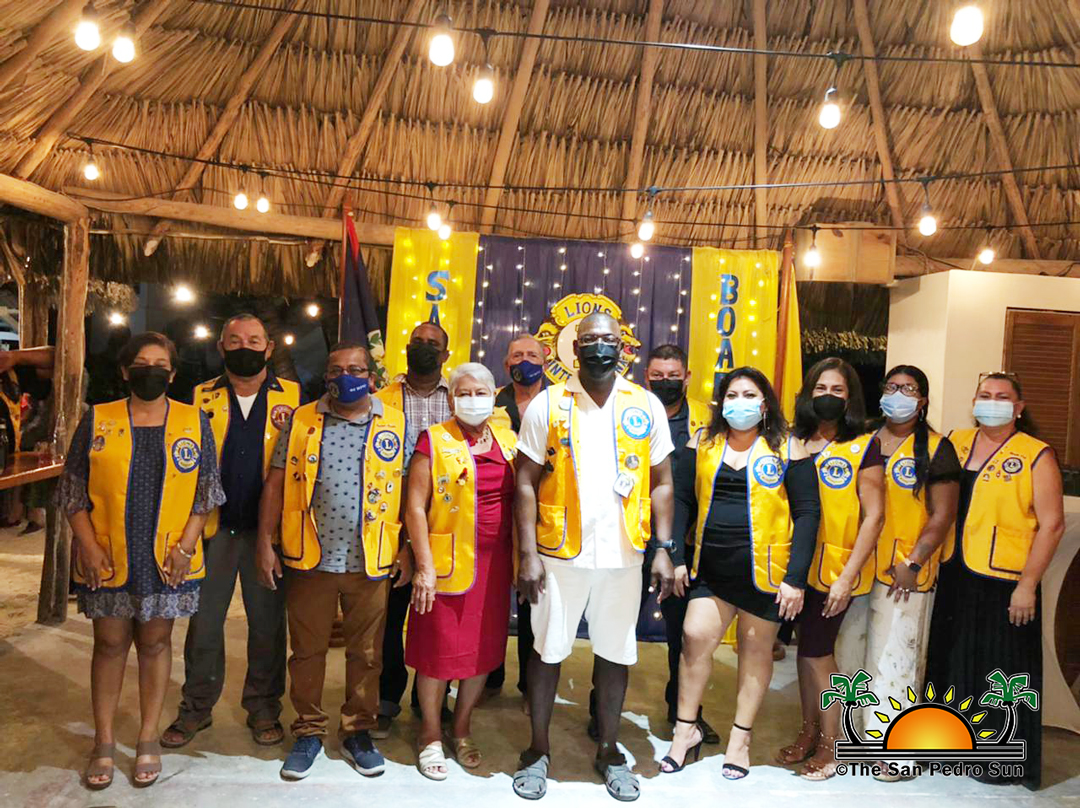 The San Pedro Lions Club installed a new president and board of directors on Saturday, July 24th, at an event held at Caribbean Villas. Everette Anderson accepted the task of leading the club and was sworn in as president. The new president and his team look forward to working hard for the island community. Anderson called on all Lions and pointed out the importance of moving forward as a team. Teamwork was deemed as key to achieving anything the island club sets for this year and beyond.

Mistress of Ceremonies Enes Anderson called the installation program to order shortly after 7PM, followed by the singing of the National Anthem. The special ceremony included outgoing president Marina Kay who commended her team and all active Lions, especially during the pandemic. During the midst of the COVID-19 ordeal, the club looked at ways to help the community, and under Kay’s leadership, they managed to organize pantry programs and assist the most vulnerable. She wished new president Anderson well and offered her assistance anytime it is needed.

Incoming Chair for Zone 59, which San Pedro is a member of, Lion Dr. Sol Yam pledged his support to the club and the island community. “Continue doing the excellent work, pushing the club, and doing the best for your community and, by extension, our beloved country,” she said.

Yam then installed the new president and board members. Lion Nesher Acosta was appointed as the Vice President. Treasurer Lion Abel Guerrero and Assistant Treasurer Lion Ana Ico. Lion Yvette Martin was elected to serve the club as the Marketing Communication Chairperson. Lion Rosalyn Tzib was elected as Secretary. Lion Nigel Belisle was elected as a Lion Tamer and Lion Gaby Nuñez as Tailtwister. The membership Chairperson is Lion Sandra Johnson, the responsibility for fundraising went to Lion Carlo Rivero, and outgoing President Marina Kay will be the Lions Club International Foundation Coordinator. 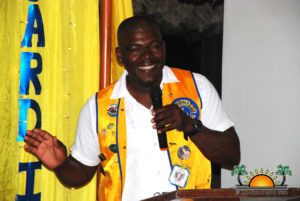 After President Anderson was officially introduced as the club’s new head, he was cheerfully welcomed on board. Anderson shared that it is an honor to serve in such a capacity. He highlighted the many projects that can be done under the Lions Club. For the 2021-2022 period as president, he looks forward to completing many of them. Anderson emphasized that it is not only the captain who gets things done on a ship but also the joint effort of the crew. Anderson indicated that he would need everyone’s input. He pledged to work hard with his team, but ultimately, teamwork will play a huge role in getting the job done to benefit the community. “As our motto says, we must serve, and with this new team, will do that and even more,” said Anderson.

The ceremony included a presentation of awards to several Lions for their service to the club and community. Afterward, the installation was closed with the Lions song. 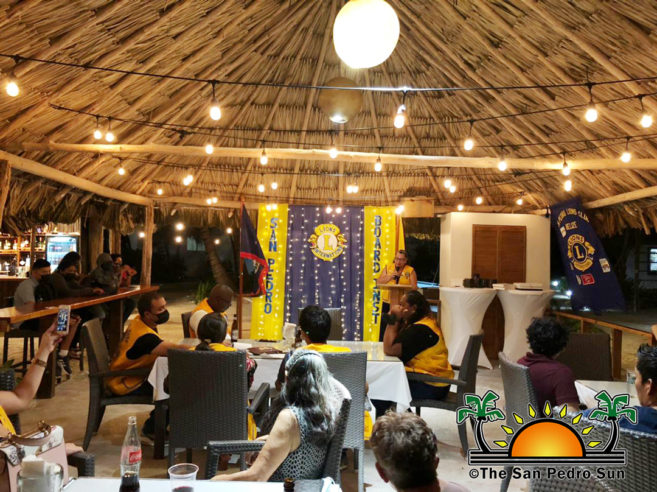 Following the formalities, everyone enjoyed the rest of the evening with dinner and refreshments.