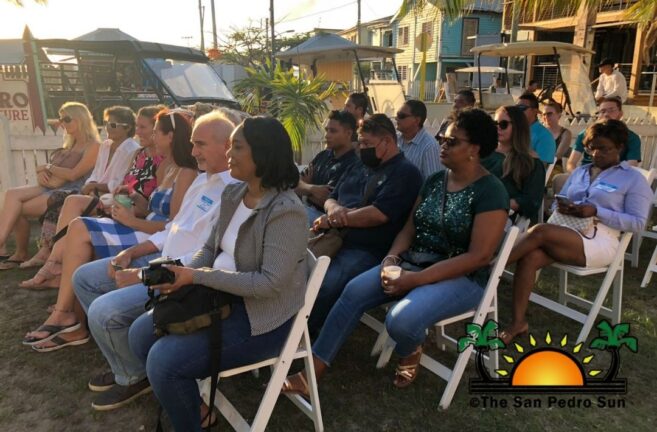 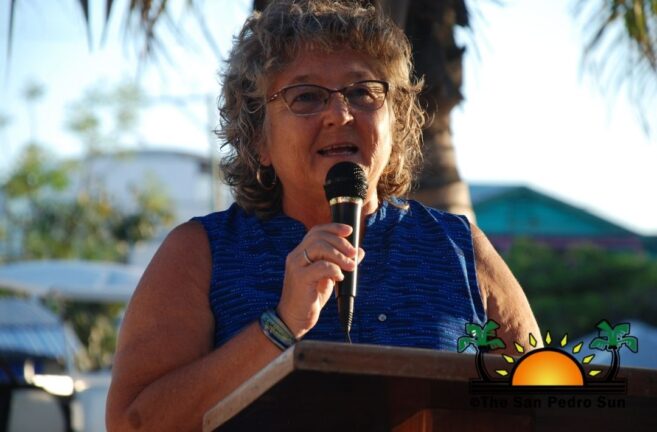 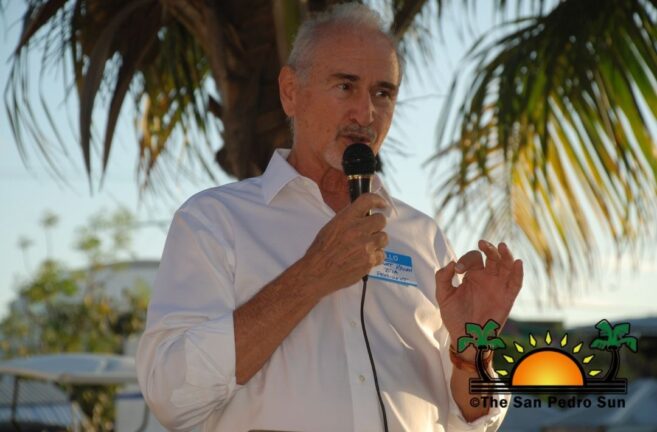 The SPBTIA Chairwoman, Tamara Sniffin, welcomed those in attendance shortly after 5PM and delivered her address. She shared the ups and downs of getting the center started and acknowledged the generosity of Mirna Waight for donating the building on behalf of Sandy Point Realty. The structure was located 3.5 miles north of town and needed to be moved to its new location in town. A preferred location was to be central and visible to tourists. Chairwoman Sniffin said that with the help of Mayor Gualberto ‘Wally’ Nuñez, permission was granted to place the building next to the House of Culture. “We thought the two buildings would complement each other. One provides tourists with information, and the other showcases the rich history of San Pedro Town and Ambergris Caye,” said Sniffin. With the support of Island Construction, the building was barged to the marina area south of the island and then made its way up by the lagoon to the San Pedrito area. When the weather conditions were ideal, it was finally barged to the international water taxi terminal by the sunset boardwalk, from where it was transported by trailer to where it stands today. 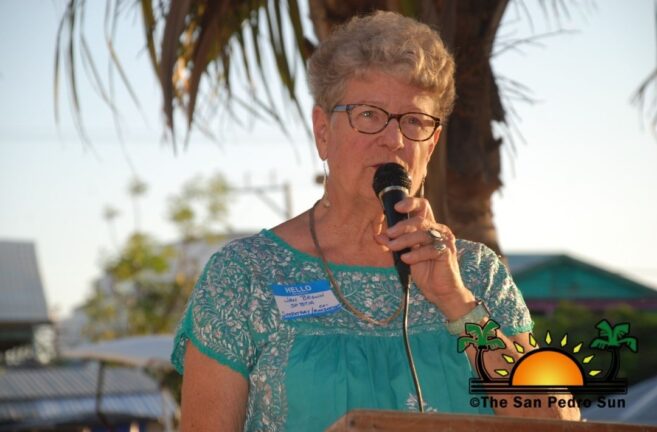 The TIC is strategically placed within the Honourable Louis Sylvestre Sporting Complex, the international water terminal, and, as mentioned before, the Artisan Market. The center has brochures with information on places of interest on the island and QR Codes with information about SPBTIA stakeholders. Visitors can connect with them for more information using these codes via their smartphones. 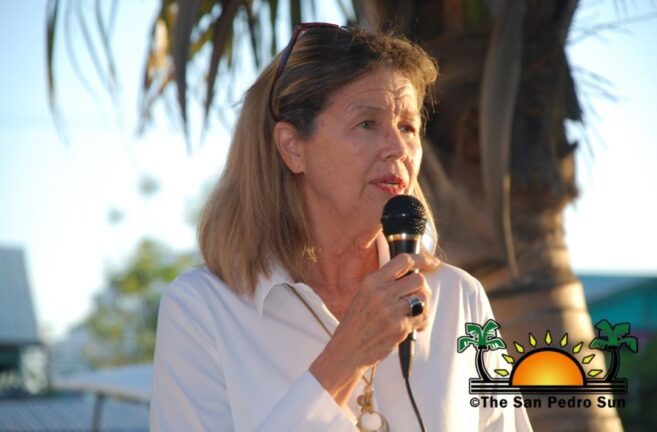 The event was attended by BTIA president Steward Krohn, who expressed how impressed he was with San Pedro’s chapter achievements. He congratulated the SPBTIA and commended Chairwoman Sniffin for her leadership and her team’s hard work. Of importance to mention is that the San Pedro chapter now has the largest membership in the country, taking that position from Placencia in southern Belize, which for years was the largest. Krohn also acknowledged and thanked the entire BTIA membership, the Belize Tourism Board, Atlantic Bank, and MarFund for contributing to the national BTIA effort from which the SPBTIA benefits. According to him, the installment of the TIC was made possible through the financial assistance of said contributors.

The formalities ended with TIC committee member and chapter secretary Janet Brown giving the vote of thanks. Krohn, Belize Tourism Board representative Angelique Haseley and Mirna Waight from Sandy Point Realty then joined Sniffin for the cutting ribbon part of the program. Waight was also presented with a tile plaque displaying her name and company as the donor of the building. Waight took the opportunity to address the audience, explaining that she began her career in promoting tourism in Belize at the age of 17 and hopes that the TIC will inspire young people to pursue the same path.

Attendees explored inside the TIC, which provides information about island tourism opportunities and is fully airconditioned.

As everyone mingled and toured the new tourism facility, appetizers were served. Drinks were available for purchase, and raffle tickets were sold for a chance to win $5,000 later this summer.

For more information about the SPBTIA TIC, please visit their Facebook page at https://www.facebook.com/spbtiatic or see the Belize Tourism Industry Association San Pedro Chapter on Facebook at https://www.facebook.com/spbtia. For more information on becoming a member of the SPBTIA please email [email protected] or call 673-2842. The center is open Monday through Saturday, 10AM till 4PM.

Greetings from The San Pedro Sun