The passage of Hurricane Lisa over Belize had minimal impacts on San Pedro, Ambergris Caye. While islanders prepared for the worst, most beachfront properties, including piers, were not observed with damages. One of the main effects of the hurricane on the island was the amount of debris left on the beach and detectable levels of erosion in certain areas. 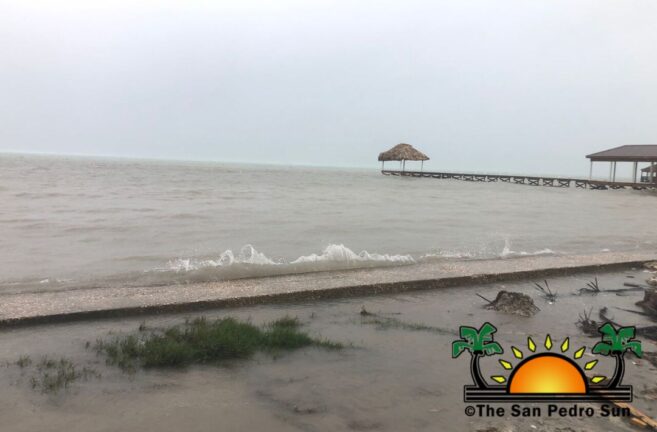 According to the National Meteorological Service of Belize, Category 1 Hurricane Lisa landed in Belize on Wednesday, November 2nd, at 3:20PM, ten miles south of Belize City. The storm had winds gusting as much as 92 miles per hour and maximum sustained winds of 85 miles per hour. Belize City and its surrounding communities received the brunt of the storm, causing significant damage to several properties. Nearby communities like Ladyville felt the intense punch of Lisa, and even a couple of airplanes at the Philip Goldson International Airport were damaged. The heavy rainfall also caused massive flooding leaving several residents trapped in their homes and neighborhoods. Despite all these damages, no deaths were reported by the respective authorities.

To better understand the level of damage caused by the hurricane, Prime Minister Honorable Dr. John Briceño will host a press conference on Thursday, November 3rd, at 4:30PM.
Impact on the Cayes
Caye Caulker and Ambergris Caye experience heavy rainfall with periods of gusty winds. The local team from the National Emergency Management Organization (NEMO) did their assessments on both islands. Although some homes near the sea suffered high water levels throughout the storm, the only leading inconvenience islanders experienced was the lack of running water. Electricity supply was never interrupted on Ambergris Caye.

In Caye Caulker, the effects of Hurricane Lisa were also considered minimal. Flooding was an issue in low-lying areas, and some homes experienced minor structural damage. One unexpected incident was a fire that destroyed a beachfront bar. The island fire service responded quickly and contained the fire before it could spread to other nearby buildings.

On Thursday in San Pedro, following the ‘all clear’ from NEMO and the Government of Belize, island residents joined the San Pedro Town Council beach cleaning crews as the commercial atmosphere slowly started returning to the busy tourism-driven islands. 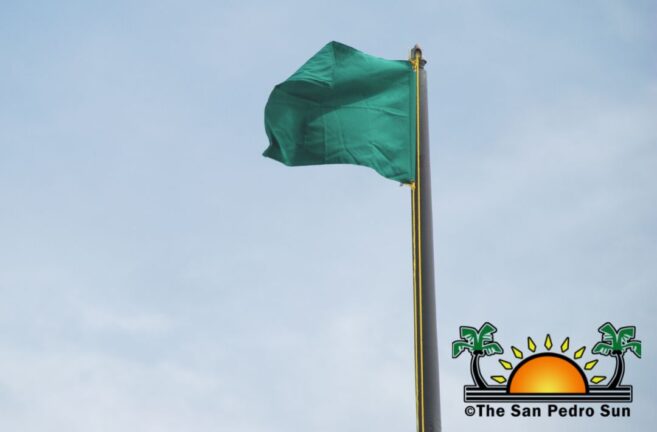 After passing through Belize, Hurricane Lisa was downgraded to a tropical storm and moved west towards northern Guatemala and Mexico. As of Thursday, only its outer rain bands remained over Belize. A flood warning remains in effect for the entire country. The weather system is expected to continue moving westward and emerging into the Gulf of Mexico as a tropical depression.