The continued cooperation between Belize and Cuba in the health sector was renewed on Wednesday, February 27th, at a signing ceremony in the capital city of Belmopan. The renewal of the agreement is to extend the presence of the Cuban Medical Brigade in Belize that not only benefits Belizeans nationwide but strengthens and develops the health system in Belize. Signing on behalf of the Government of Belize was Minister of Health Honourable Pablo Marin, while Ambassador Lisette Perez signed on behalf of Cuba. Also present at the signing was Chief Executive Officer of the Ministry of Health, Omar Figueroa and Belize’s Ambassador to Cuba, Her Excellency Lou-Anne Burns Martinez. 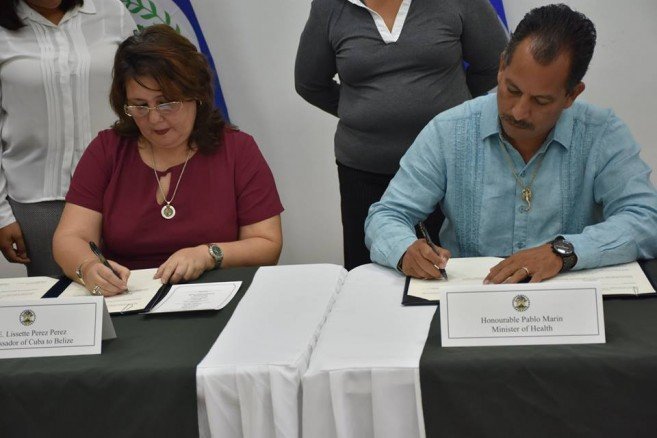 The health sector relationship between Cuba and Belize includes the presence of health professionals and also the training of human resources. Currently, Belize hosts 85 Cuban health professionals, comprised of 42 doctors, 29 nurses and 14 specialists in health technology. This medical personnel complements the human resources in the hospitals and polyclinics across the country. Ambassador Perez stated that such cooperation has the principles that characterize the solidarity mission of Cuba, which began in 1963 in Africa and Latin America and later in the Caribbean and other parts of the world by assisting people in health, health education and other needs. According to Ambassador Perez, Cuban medical personnel have served in 160 countries and aided one million people, especially those hit by natural disasters. Perez said she was happy to continue the cooperation with Belize and looks forward to continuing the cooperation based on Belize’s health needs. 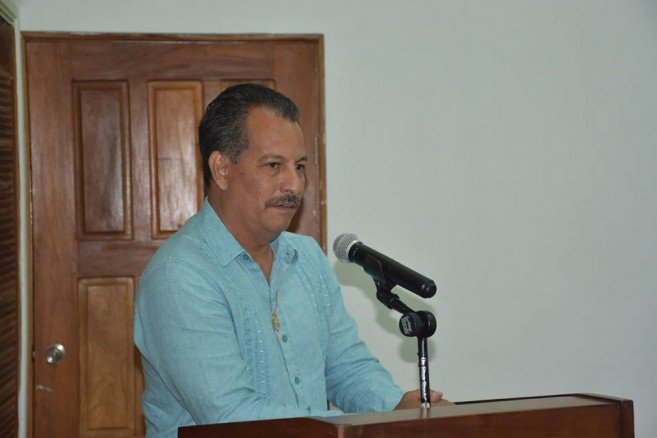 Minister Marin thanked Ambassador Perez for the continued support from her government to Belize’s health sector. He also pointed out that Cuba has provided many Belizeans with scholarships to study medicine, and that around 70% of Belizean medical practitioners graduated in Cuba. Marin stated that the yearly renewal of the agreement also has the vision that someday Belize will mandate its own health system. “It’s been taking a while, but with scholarships for specialists coming now from Cuba, we are getting closer to be more sustainable in our health sector,” said Marin. “With all doctors that have graduated in Cuba, we can say that we have enough doctors to man our health system, but we still lack in specialists.” Marin hopes the Cuban government will continue to provide Belizeans with scholarships to become specialists so that when the current ones retire, there will be no gaps to fill. Marin thanked the Cuban doctors present in the signing ceremony and pledged the commitment of his ministry to continue working together with the Cuban Medical Brigade in Belize. 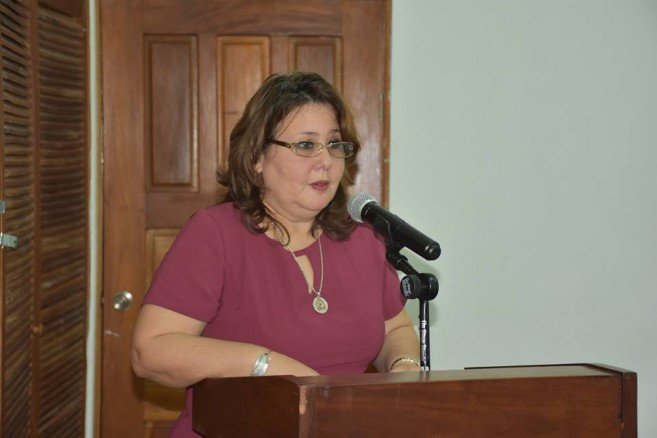 The Belizean health sector has benefited significantly over the years from this cooperation that started in 1999. The Cuban cooperation in Belize in the area of health was possible via the Pan American Health Organization in an attempt to improve and develop the health standards in Belize.